1099 Yuan is a the cost of a brand new Lenovo K5 Note in China, which brings the price level with the Meizu Metal and Xiaomi Redmi Note 3.

Lenovo have just announced pricing for the Lenovo K5 Note in China, and as we suspected the phone is priced to compete with rival devices from both Xioami and Meizu. 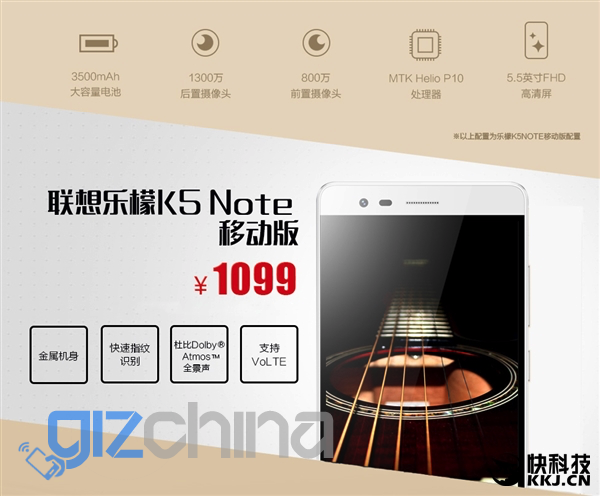 While physically the same there are some differences in hardware. The chipset in the Lenovo K5 Note is a Mediatek Helio P10 running at 1.8Ghz (similar to the Elephone P9000). The phone also only has 2GB RAM, 16GB memory but there is space for a micro SD card.

Dolby Atmos is a neat feature to find on the budget phone and should mean much more impressive audio performance over its rivals. Other features include a 3500mAh battery, dual SIM, 8 mega-pixel front camera and 13 mega-pixel rear.

Compared with the Xiaomi Redmi Note 3, Meizu Metal and LeTV Le1s (LeTV Le1s review) would you opt for the Lenovo K5 Note?