It’s becoming more and more clear that there will indeed be two versions of the Xiaomi Mi 5 at launch, which is scheduled for later this month.

After its rear panel leaked out, the Mi 5 was just spotted on benchmarking database GFXbench. The listing on the site gives yet another peek at the spec sheet of the phone… let us take a look. 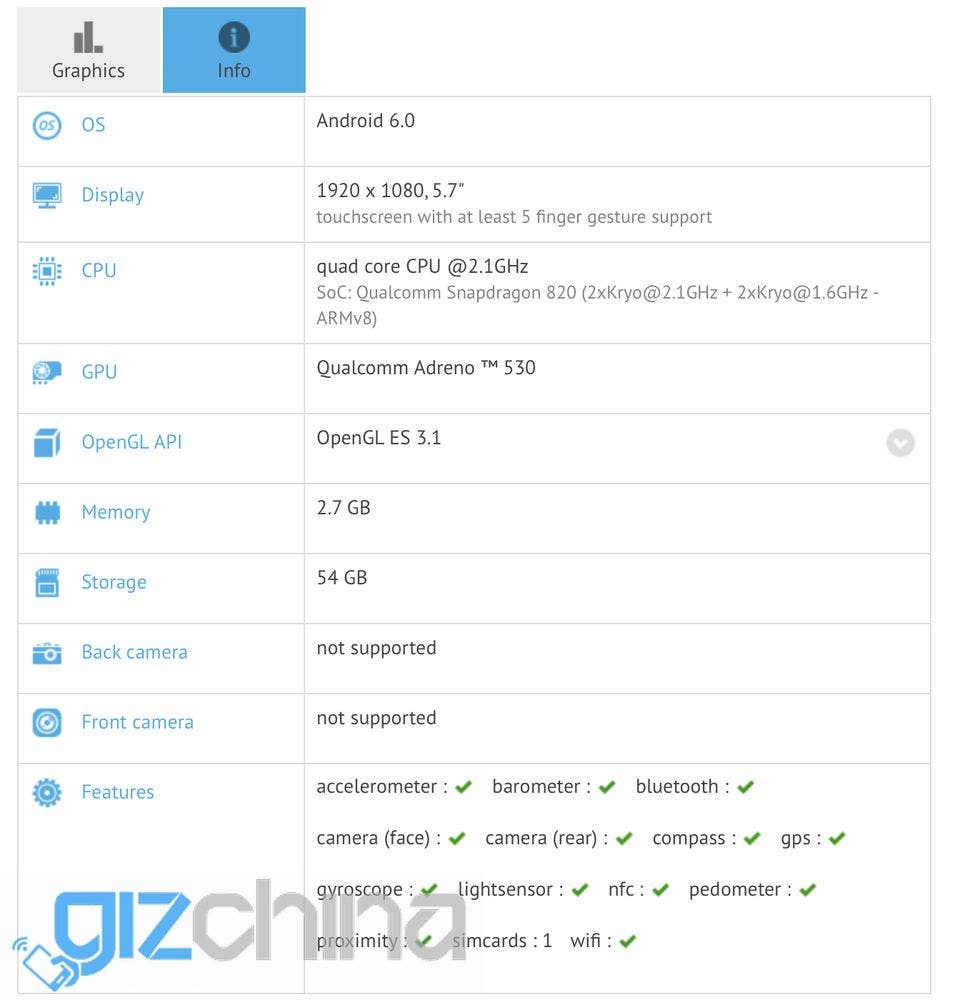 First and foremost, what would as sweet as dessert to Xiaomi fans’ tastebuds is the inclusion of Android 6.0 Marshmallow. While not having Android 6.0 would be an exception normally, Xiaomi are known to be slow with Android upgrades (while MIUI takes care of the features).

Moving on, the listing confirms that the phone will have a 1920 x 1080p display. GFXbench states that the Mi 5 will have a 5.7-inch display, but the database is known to have a hit-or-miss relation with screen sizes.

Other things that the benchmark database listing confirms is 64GB ROM (this will most likely not be part of the standard phone), NFC, and the aforementioned.

Thanks for the tip, Peter Szakos