Meizu have been on a bit of a launch spree of late. While almost every Meizu phone to date has been exceptionally good looking, some have managed to be as popular as the MX2 was during its time.

We’re now looking at not one, but two or even three flagship phones every year from Meizu. However, what Meizu have done like a lot of other manufacturers, is they’ve split their phones into categories — the Meilan-seires for budget phones, MX-series with mid-range hardware and high-end performance, and PRO-series for premium flagships.

Today we’re taking a look at the Meizu Metal, which essentially falls in the first category. 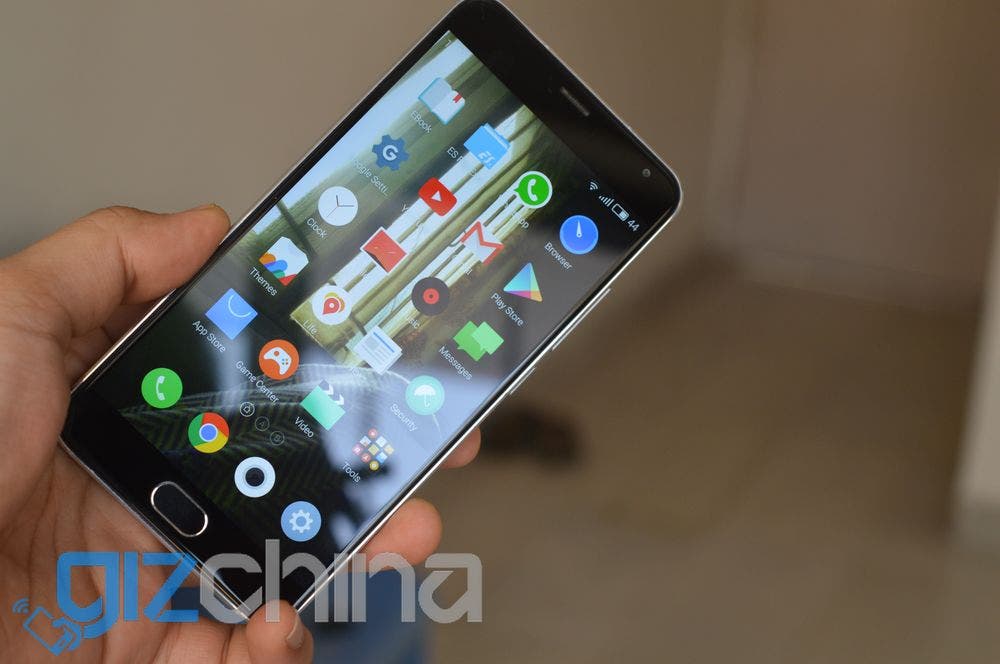 With a full-metal body and a MediaTek Helio X10 processor, the Meizu Metal nearly challenges the MX5, which happened to be one of the best Chinese phones from 2015. The Meizu Metal is heavier, and the metal around the phone seems thicker.

With companies adopting 2.5D curved glass as standard, Meizu have ensured they don’t miss out. While 2.5D curved glass can look pretty, in my opinion it is a bit of a subjective matter. I don’t happen to be too big a fan of curved glass on phone screens… but whatever floats the boat for Meizu. No one wants to be behind the competition.

At the first glance, the Meizu Metal really looks like a premium phone that could pass off as a $500-600 device. The interesting bit is that the notion still holds when you take the phone in your hands. Full metal, cold, curved glass, and a heft that commands value. 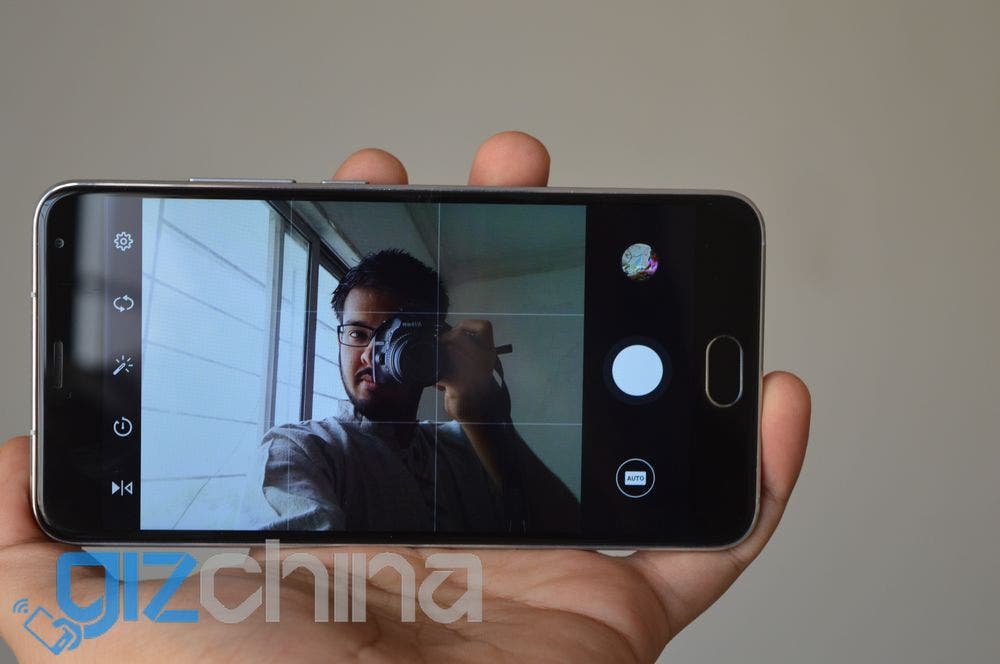 But as you spend time with the device, it becomes apparent that the additional weight is something Meizu have put only to make the phone feel like a premium gadget. It should be the other way round, in my book.

Nonetheless, let’s talk about the design of the phone. From a distance, the Metal looks like any other Meizu phone on the front (new-age ones, i.e., without the trademark halo). The back is pure, monochrome metal which is really pleasing for the eyes. The simple back paired with the new minimalistic Meizu logo makes for a scene that commands a second look.

The camera lens does not protrude from the chassis, and it’s all a very levelled and satisfying experience.

Overall, the Meizu Metal is a very satisfying phone to hold in the hand. If there’s something I’d change about the phone, it would be the glossy (and scratch-prone) chamfered edges, which are a little tacky in comparison to the rest of the phone.

While Meizu have overdone the weight a bit, the Metal still does impress with whatever else it has on offer on the design and build front. This includes buttons that are precisely made and tactile, and a speaker grill that shouts quality.

While the phone’s performance is the major differentiating factor between the Metal and MX5, another thing that you’ll notice right away is the difference in screens. It is safe to say that the Meizu Metal will not eat into the market of the MX5. The screen on the Metal is an IPS LCD panel measuring 5.5-inches diagonally with a 1920 x 1080p FHD resolution. I’ve had no issues with the screen so far — no dead pixels, no light bleeding, no bright spots — but it isn’t a screen I’d write home about. The general colour tone of the display is cold-ish, and while you could change this via the Flyme OS settings, it seems a little artificial. 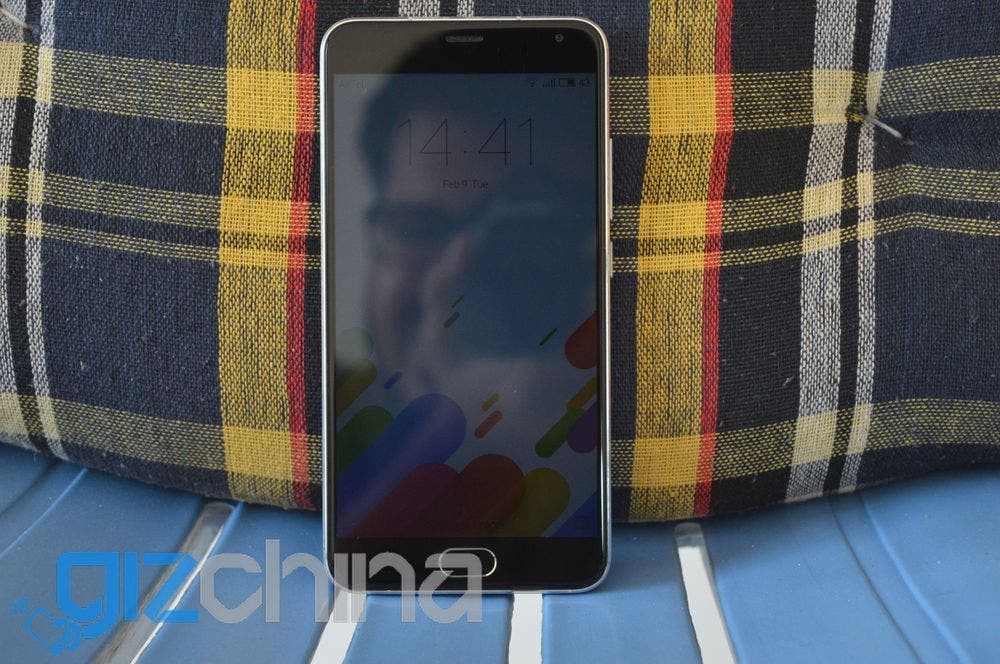 Moving on to the audio properties of the phone. This is one area I’ve had a few issues with. It’s been hit-or-miss for me on most calls, in the sense that sound from the earpiece can be broken at times. I’m not sure if it is a radio issue or one that’s being caused by the speaker, but it is what it is. Also, the loudspeaker can sometimes be a little quiet; but no issues with the quality of sound here.

If you use your phone one-handed, the speaker grill can be obscured with your pinkie. That’s the way I hold my phones (pinkie beneath the chin of the phone), and I had this issue more than once. 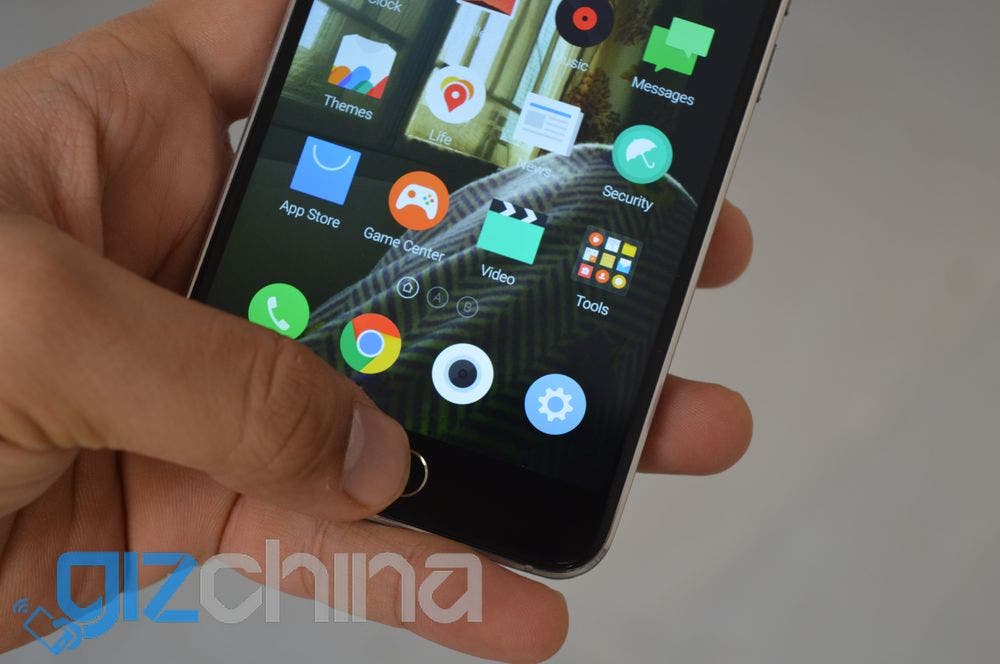 Meizu seem to be using the same fingerprint sensor on the Metal as they did on the MX5. It is fast and fairly accurate, but could sometimes suffer from serious lags. This should be attributed to the system (poorly optimised) more than the fingerprint sensor.

Moving on to the battery section, there’s hardly anything too impressive here. The spec sheet does look nice though with a 3140mAh battery, but that hardly translates into great real-world battery life. Getting through till the evening on a work day is what you can expect from the Meizu Metal. While the ROM isn’t optimised to its fullest, the battery does hold its charge well during sleep. Pro tip: try to restrict network usage to 2G only if you don’t plan to wish to use 3G or 4G data. While most phones get a slight improvement in battery life by doing so, on the Metal is is more significant.

It’d suffice to say that the Meizu Metal has disappointed with its performance. The Flyme 5 update turned out to be a saviour for Meizu when it launched the MX5 last year with a previous iteration of the OS. However, Flyme 5 doesn’t quite manage the same magic on the Metal.

Switching between apps can be a bit of a problem if you have a handful of them running all at once (which we all do). Switching back to Google Chrome tabs from another app will, on most cases, cause the tab contents to be fetched from the cache. While I understand that the phone is limited with 2GB of RAM, there are other phones that do better with the same amount.

The bottomline — the ROM needs optimisation.

After being very impressed with the Meizu Metal camera in the low light situations, I took the phone with me on a trip to see how well it performs in various different situations.

It turns out the camera is an average sensor, one that I’d rank below 2014’s Xiaomi Mi 4… or even the Redmi Note 3 for that matter. HDR will allow you to take some nice and dramatic pictures, but that’ll require you to keep the phone steady for 3-4 seconds. 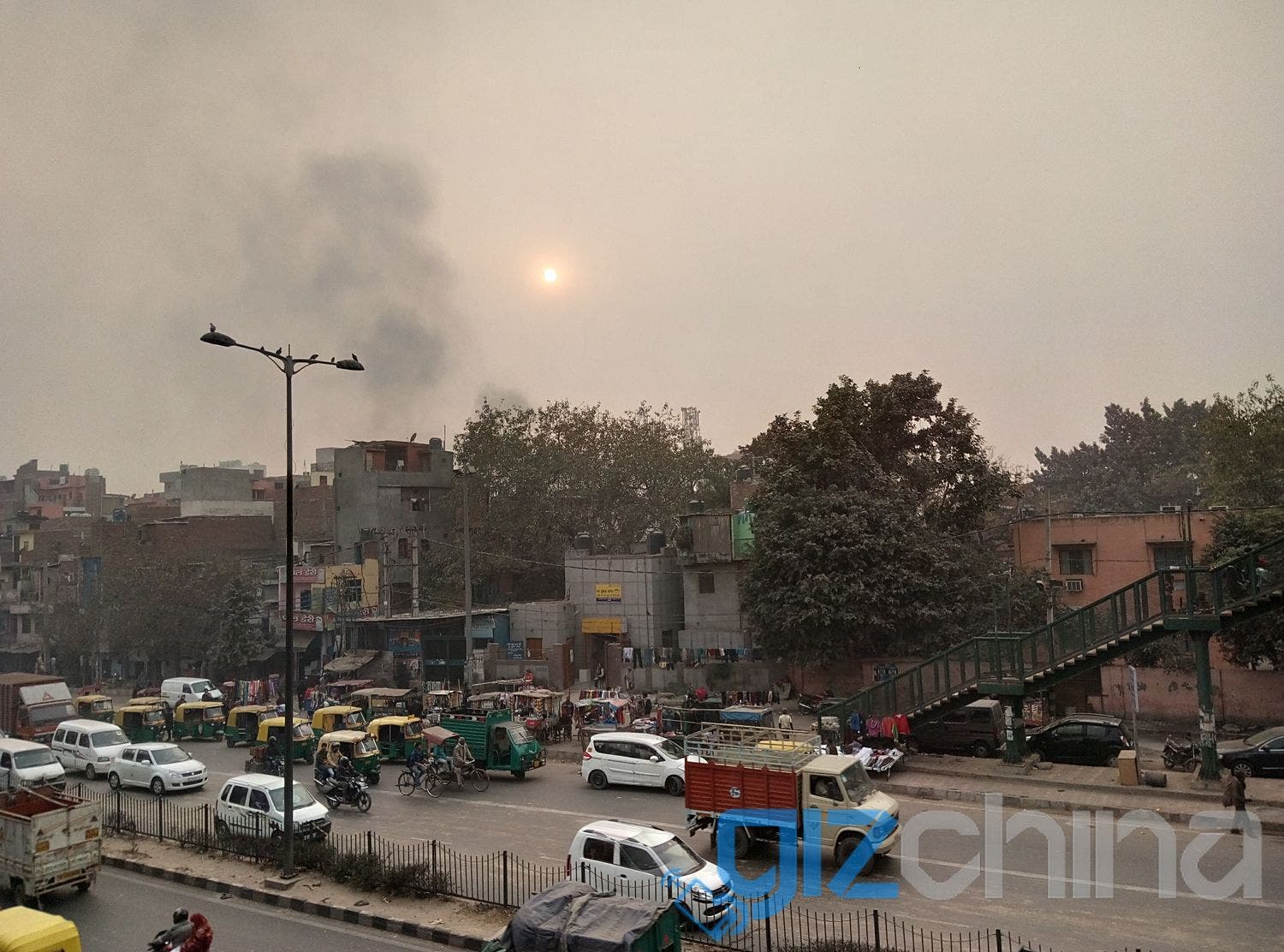 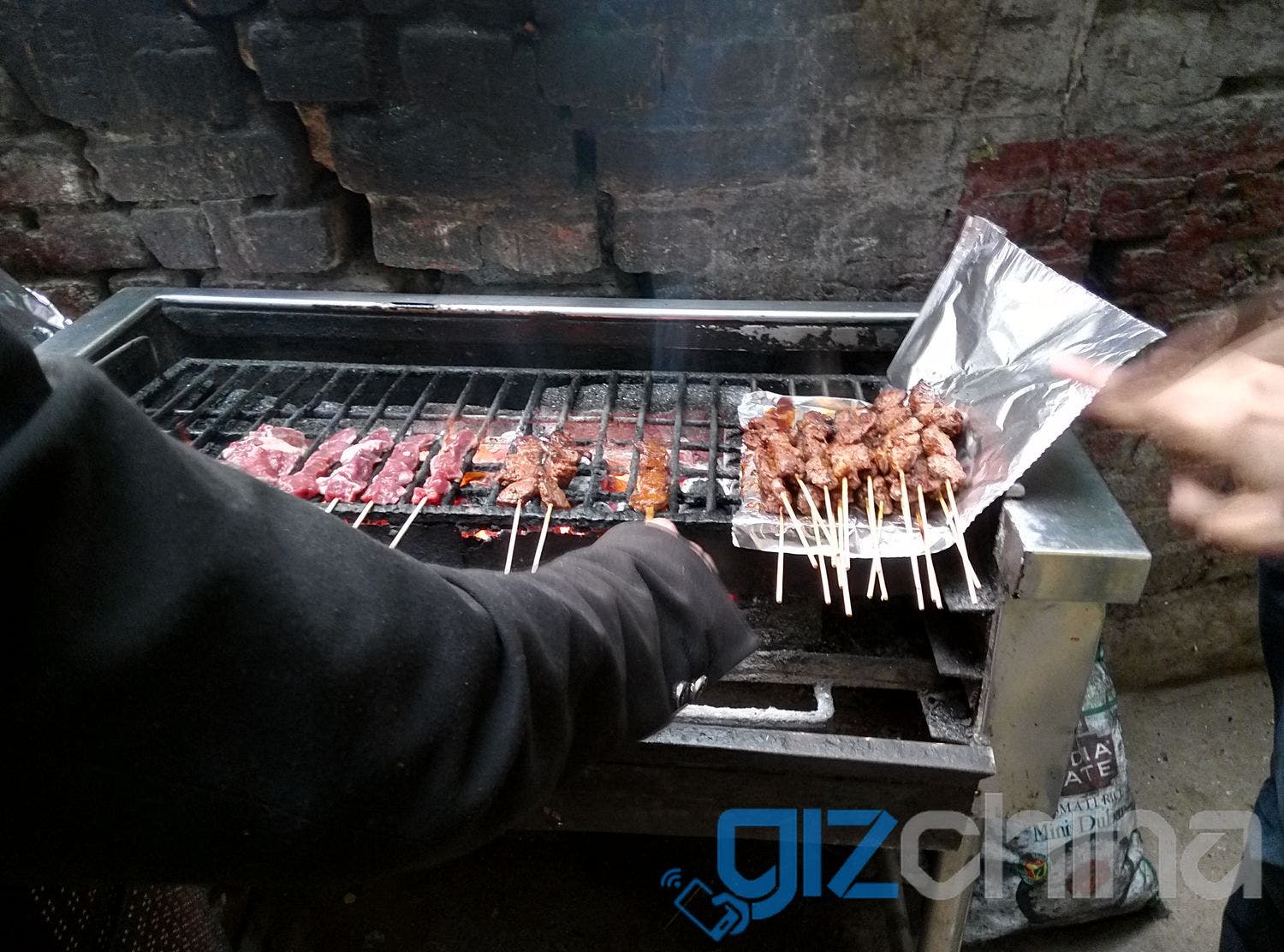 The Meizu Metal is a phone that’s great to look at and awesome to hold, but still leaves a bit to be desired on the performance front. This is a bigger concern than it seems, because there are a lot of phones that are cheaper than the Meizu Metal that don’t suffer from problems exhibited by this phone.

Meizu have a history of being a little up and down with their phones… and the Metal probably wont be remembered among the better ones. Especially as the MX5 continues to get cheaper.

Previous We will be at the Xiaomi Mi5 launch at MWC, what do you hope to see?