Yesterday the big news was that someone had leaked purported slides from the Xiaomi Mi5 launch, Xiaomi staff have taken to Weibo to discuss them revealing that they aren’t the real thing.

Slides yesterday claimed to show the final full specifications for the Xiaomi Mi5, and what a beauty it was starting to look like! The slides told of an MI5 with 5.2-inch display, Snapdragon 820 chipset, options for either 3/4GB RAM, 26 mega-pixel main camera and an F1.6 aperture. It all sounded too good to be true, and unfortunately that’s the case.

Xiaomi staff have taken to Weibo to confirm the slides were fake, however did confirm that some of the specifications were in fact guessed correctly. 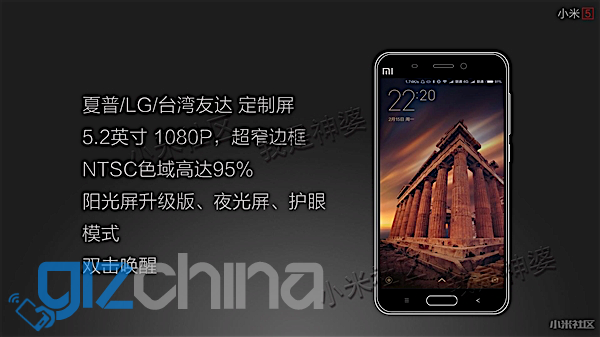 From the specs we guess the screen size, processor, RAM options, and inclusion of OIS, laser focus and NFC are correct. The 26 mega-pixel F1.6 rear camera is the odd one out.

Interesting, although Xiaomi spoke out against the slides that were leaked, there was no mention of the packaging label that was photographed earlier in the day. Perhaps that earlier leak was real then?