Model number 1509-A02 is the secret flagship device from Chinese phone maker Qiku, and from Antutu we have learned some of the high-end specs this phone is going to offer.

Qiku launched last year and made a bit of a name for themselves with their high spec phones featuring dual rear cameras.

With the speed of Chinese phone development its no surprise that Qiku already have a new flagship phone in the making, and what’s more they have already taken the phone for a test drive on Antutu.

From the Antutu details we can see that model number 1509-A02 runs Android 6.0.1 on a Snapdragon 820 chipset and has 4GB RAM and 128GB memory. Its interesting to see that Qiku ave opted of keep a 1920 x 1080 display on their top of the range model, and we also see the use of dual 13 mega-pixel rear cameras. 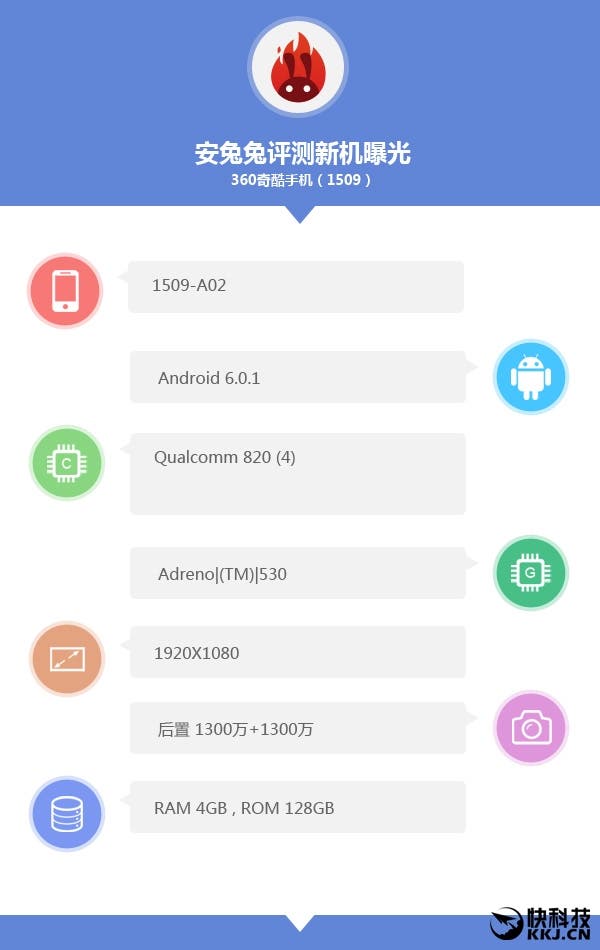 Qiku had already launched certain models in China and India, so there is a slight possibility that this flagship phone might have a wider international audience in mind once released.

Next Are these reasons enough for you to want to buy the UMi Touch?