Yes, that’s correct! Meizu are testing their staff’s knowledge on the yet to be released Meizu M3 Note phone.

The following questionnaire has been handed out to Meizu staff to test their knowledge of the companies upcoming smartphone. The multi choice quiz also helps to shed some light on what specs the new phone might have.

There are no definitive clues here other than the new M3 will have a screen larger than 5-inches, will feature Meizu’s Mback and that the main rivals for the phone are the Xiaomi Mi4S and Mi4C.

The possible answers are quite interesting and could mean a Meizu M3 with battery size of up to 3500mAh , full network support, and either a Mediatek or Snapdragon chipset. 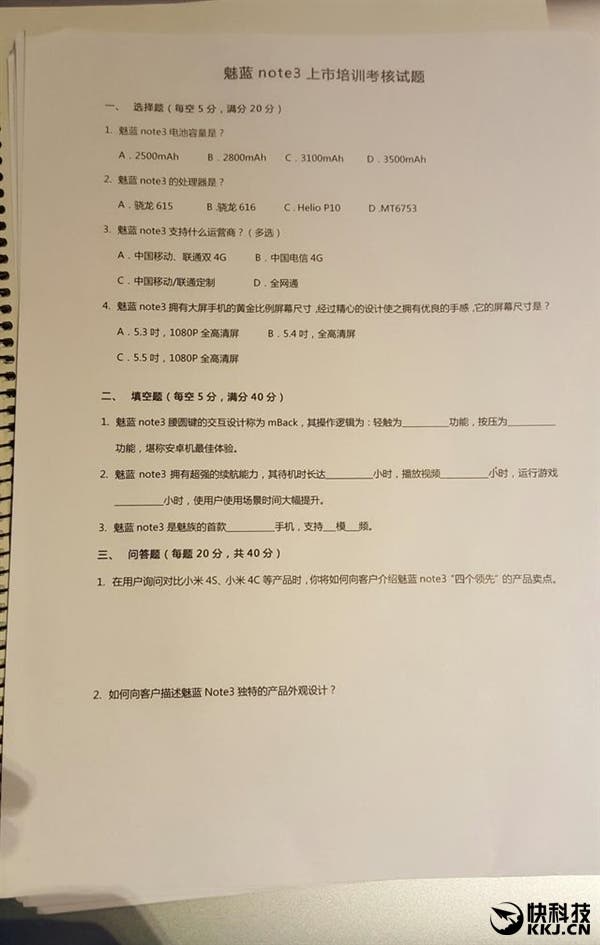 We would guess that the Meizu M3 will feature a 5.5-inch FHD display like previous versions, and Mediatek Helio P10 processor as it is unlikely that Meizu will use a Qualcomm chip in their budget phone while the Pro 6 is confirmed to use a Helio X25 CPU.

From the questionnaire what features would you chose for the next budget Meizu?

Next Meizu VP: iPhone 7 leaked images are actually pictures of the Meizu Pro 6