Today at a Mediatek event where the company unveiled the Helio X25, Meizu bosses confirmed that their Meizu Pro 6 will be the first to use the chip.

Mediatek held an even today were they announced full specs and features for the Helio X20 10 core processor, and also announced the rumoured Helio X25 chipset.

The Mediatek Helio X20 is the companies first 10 core processor and features a tri cluster of processors which top out with 2 x A72 cores running at 2.3Ghz. The idea behind the clusters is that easy tasks will be handled on the first 4 x A53 1.4Ghz cores and as the processor is taxed it will move from one cluster to the next. 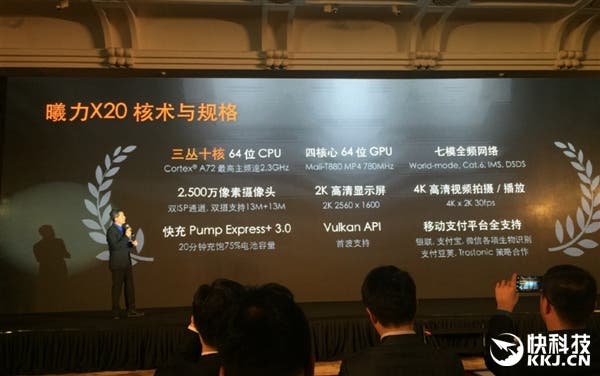 While the Helio X20 is an exciting chip it won’t be the processor that Meizu will use in their next flagship. 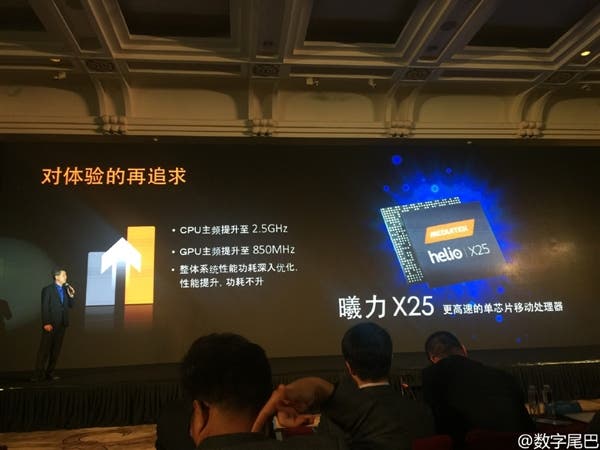 At the Mediatek conference Meizu boss Bai Yongxiang confirmed that the Meizu Pro 6 will feature the Helio X25 SoC instead. The Helio X25 is basically an enhanced version of the Helio X20 and was co-developed with Mediatek and Meizu. Meizu will have exclusive access to the Helio X25 for several months preventing rivals using the chip.

The differences between the Helio X20 and X25 are that the latter will get an upgraded ‘Turbo cluster’ running at 2.5Ghz and a faster GPU running at 850Mhz. Even with these changes the power consumption of the chipset is said to be the same as the X20.

Previous Xiaomi’s first curved screen device could be a TV

Next Xiaomi’s $3067 bicycle is called the QiCycle R1