After first being mistaken for the iPhone 7, more photos of the Meizu Pro 6 have been released showing the gold and white variant.

Meizu have up to 7 new phones planned for this year, and to be honest we don’t know if the gold and white phone in the photos if a version of the Pro range or MX range, but sources claim that this is the latest Meizu Pro 6.

The photos show an operational Meizu Pro 6 and although the USB has a plug in it, it is widely believed that the phone will use a Type C plug.

An interesting detail on the rear of the phone seems to show a laser autofocus until sat inside the ring of an LED flash, a very neat and novel implementation compared to what we have seen in the past.

The spy photos also show a 2.5D curved display, mTouch fingerprint scanner, new antenna design and 3.5mm headphone jack in the base of the phone instead of the top. 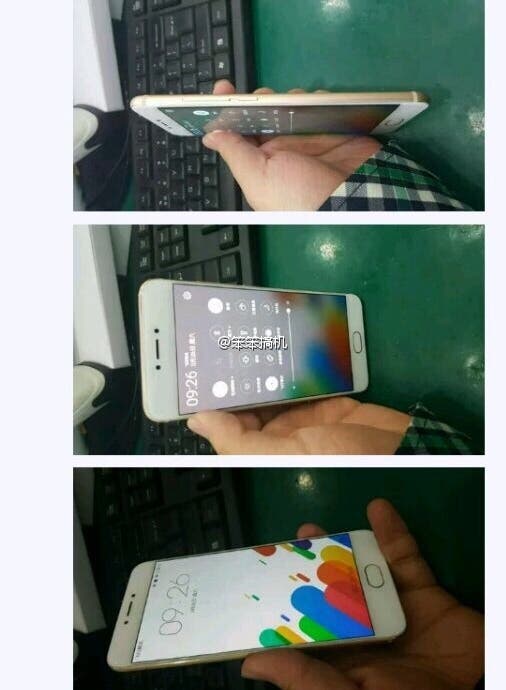 In addition to the Pro 6, Meizu are expected to launch a Pro 6 mini, MX6 and MX6 Mini at launches being held throughout the year.