Since Xiaomi upped the size of the battery in their Xiaomi Redmi Note 3, other phone makers have taken a similar step and even Meizu are trying with the M3 Note.

Meizu’s ‘youth’ range of phones started a few years back and consists of a budget model and larger ‘note’ version. The current models are the M2 and M2 Note, and it doesn’t require much imagination to know what the next versions will be called.

We’ve already seen some details of the Meizu M3 and M3 Note in this leaked roadmap, now a new spy photo purports to confirm the battery size in the Meizu M3 Note as being a 3500mAh cell.

While this might be 500mAh less than the one in the Xiaomi Redmi Note 3, it is larger than the current M2 Note. 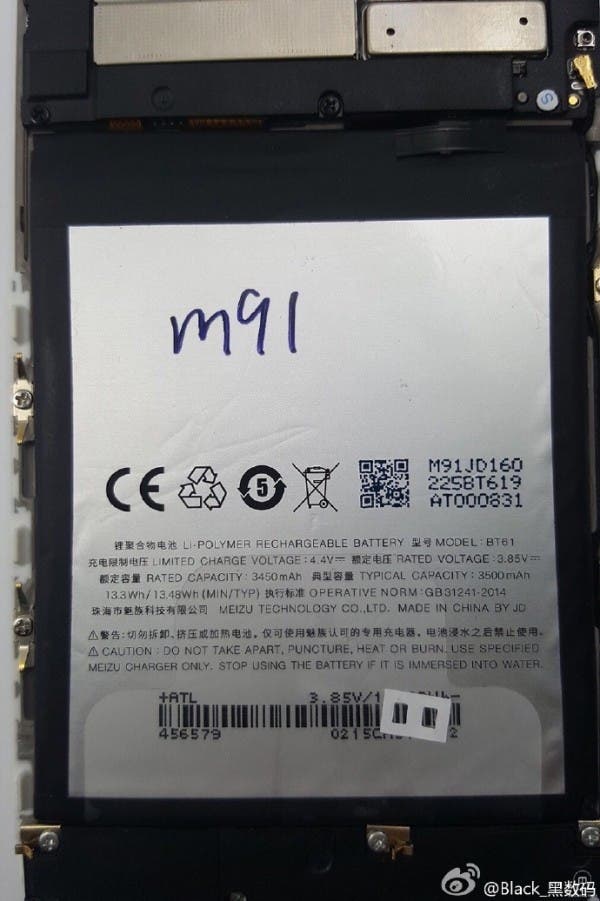 Meizu have already started to hype up the launch of their new M3 phones in China by giving away a Telsa car to one lucky Meizu fan at the launch event.