The launch of Apollo Lite is getting near and Vernee has already released quite some details about it, but they are apparently not done yet. Today’s news present the rear camera in detail.

We already know that the Apollo Lite is going to carry deca-core Helio X20 chipset on board paired with 4 GB RAM and 32 GB of storage. Besides that it will support PumpExpress 3.0 quick charge and feature 5.5 FHD Sharp IGZO screen.

Today’s released rear camera specs reveal the use of Samsung S5K3P3 CMOS sensor in the rear 16 MPix shooter with RGB and PDAF support. According to Samsung, this image sensor has the smallest pixel size so far, which is only 1.0μm and the thickness of the sensor is mere 5mm. Its core ISOCELL technology not only reserves the High ISO performance of BSI CMOS, but also makes it outstanding in the low-light image and color presentation. 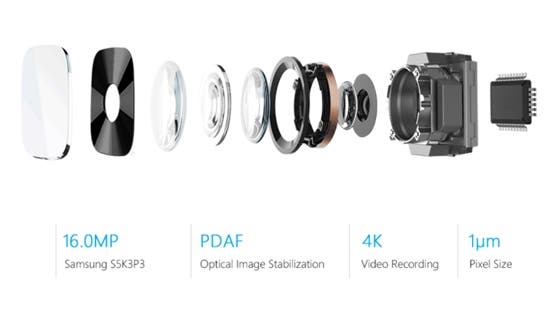 Time for some bad news too though, according to our sources the launch of Vernee Apollo Lite will be delayed until June.

Next Huawei G9 Lite released in two versions in China