Nubia might not get as much media attention as Xiaomi, Huawei, Oppo or even Meizu, but they can kick up a real fuss when they choose too.

A few years back Meizu had a ‘halo’ home button on their phones which was an integral part of the design and made Flyme the ROM that people either loved or hated.

The halo home button was a light ring that would pulse with notifications and would act as a home or back button depending on the gesture the user chose.

Meizu stopped using the halo after the launches of the MX4, M1 and M1 Note with no official reason, but at the time it was rumoured that ZTE’s Nubia smartphone company had sued Meizu for the use of the same home button design as their phones.

With one (possible) victory under their belt, Nubia might now be after Chinese phone start-up 360, but in this case the design and inspiration from Nubia is way more obvious. 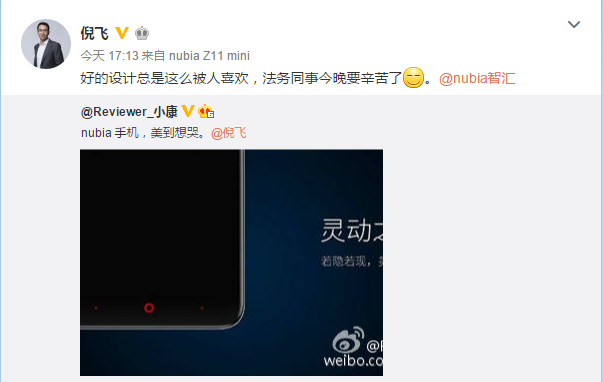 The latest 360 devices feature the same red ring, and red icons as Nubia phones and Nubia are not pleased about it, with one of the Nubia bosses stating that “war” is on the cards, and legal proceedings will begin shortly!

It will be interesting to see the outcome of this latest battle, and what effect it might have on 360’s range of phones in the near future. Keep posted for more news.