Xiaomi aren’t shy about making things that you wouldn’t normally associate with tech makers, but once again they have done it and this time its an electric screwdriver.

Regardless of who you are, there is a high chance that there is a screwdriver in your home. Whether you like to tinker with old cars (like I do) or it’s just lying around to open pots of paint, look hard enough and you will find a screwdriver at home.

Xiaomi in all their wisdom have realised this so have upped the ante and released not only a screwdriver, but an electric screwdriver with interchangeable heads. 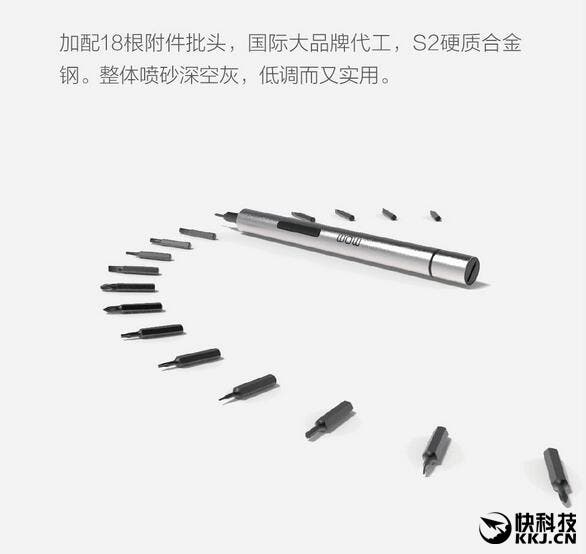 The Xiaomi Electric screwdriver isn’t your usual budget model either and comes made from alloy with a motor capable to torque fasteners down to 3Nm.

The handheld piece of hardware comes in its own carrying case with a selection of 6 bits to cover common screw and hex bolts found around the home (think of it as the ultimate Ikea tool).

As usual pricing is key and Xiaomi are selling their device for just 199 Yuan in China. An additional case of 18 bits will also be offered at an additional cost.