Just few hours ago UMI announced that they are planning to reveal their newest UMI Plus model at the IFA 2016 in Berlin on September 7th. But we have the full specification list for you already today.

Seems like every chinese phone manufacturer is trying to release something during the September month and the reasoning is quite simple. Chinese fascination with Apple and Apple products is well known and on September 7th the Cupertino giant is going to release the iPhone 7 line, so everybody wants to try their best alongside that. It can be quite questionable and controversive timing, because the iPhone will certainly overshadow the chinese small brands, but UMI are quite adamant and determined. 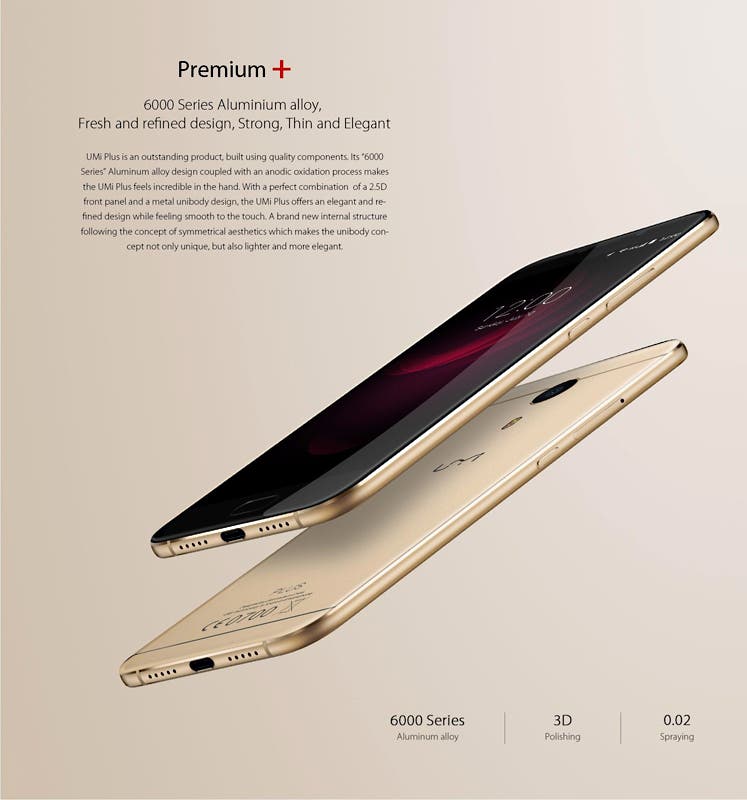 So what can we expect from the UMI Plus, is it worthy being called a flagship as the rumors hinted at ? Well yes and no, because once again it looks like a rehash of the previous UMI Super and Max models with plenty of very similar components used in the hardware side of things. After all look in the stuff listed in the next paragraph.

UMI Plus body will be made made from an aluminum aircraft grade alloy, display with be 5,5-inch one with the FHD resolution and 2.5D arc and the fingerprint scanner with fast unlock up to 0,1s will be for once located up front. Inside rules the old friend Helio P10 processor supported by 4 GB RAM and 32 GB of storage. Front camera will be 5 Mpix shooter with GalaxyCore®GC5005 sensor and rear one will be 13 Mpix shooter with SAMSUNG®3L8. Battery capacity will be 4000 mAh and the charging will be done via USB Type-C connector. 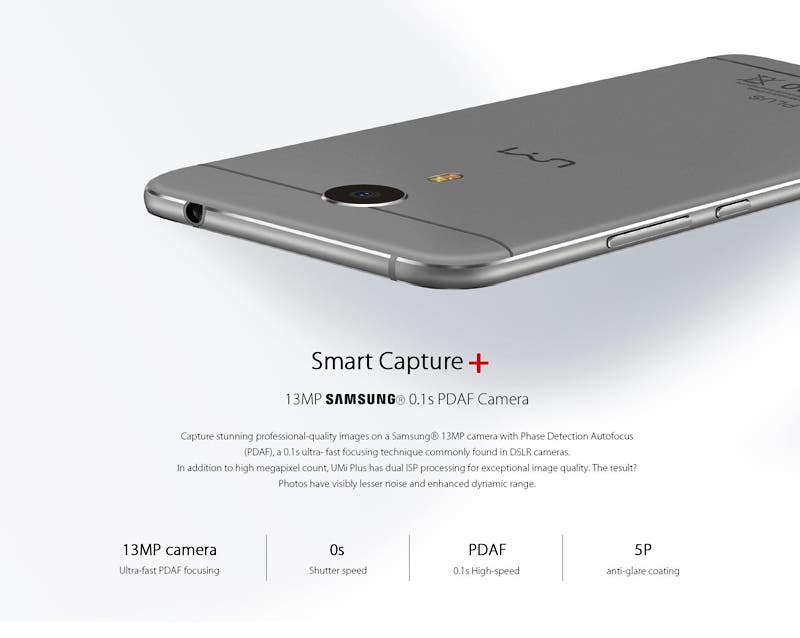 Sounds familiar huh ? Aside the Samsung cameras and fingerprint scanner located up front it’s really a clone of the UMI Super and Max. And the pricing ? Official retail price should be at $219.99, but the presale offers should lower it to $179.99. Everything kicks off tomorrow on the official website and a giveaway should be started too so don’t forget to visit if you want to try your luck with getting one UMI Plus for free.

So what do you think about UMI Plus ? Are the differences enough to warrant the release of another UMI model similar to Super and Max ? Let us know in the comments.

Previous Elephone C1 - another phone in the making?