Around two weeks ago we discovered DJI’s intention of joining the foldable drone new trend (i.e. Zerotech Dobby and Wingsland S6) with the DJI Mavic. Today we have more leaked images of the drone which seem to confirm previous rumors. 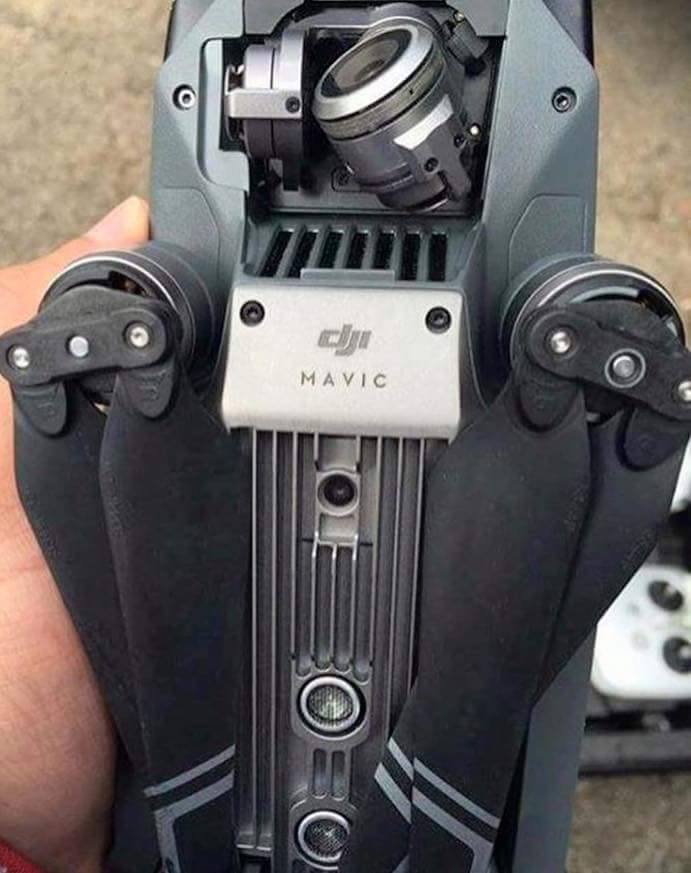 Other than the foldable arms and propellers (obvious at this point), we see a camera with a gimbal for video stabilization and different sensors, most likely for altitude hold and obstacle avoidance. There’s also the DJI Mavic branding on the bottom of the quadcopter. 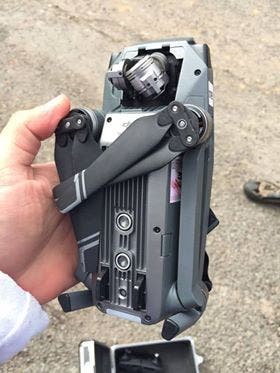 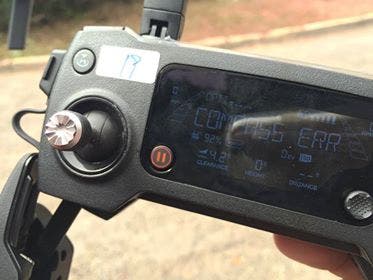 The transmitter, which you can see in the image above, has a rather unusual shape, so it’ll be interesting to see it in its entirety.

The DJI Mavic will be launched on September 27th and it’ll surely shake the market as DJI is the world’s biggest drone maker, will others follow suit? While we’re not sure of that, the idea of a foldable drone surely seems to be catching up. GoPro just came out with the foldable GoPro Karma drone as well!

Let’s wait and watch how long it takes Chinese manufacturers to dish out drones like they dish out phones!