Nope, your eyes are not deceiving you, yes, this is a second unboxing of the Xiaomi Air 12 Ultrabook. I had the opportunity to get my hands on the Xiaomi Mi Notebook Air 12 (shortened to “Xiaomi Air 12”) and I’ll be posting a full video and text review of this laptop in about a week from now (depending on when this post goes live).

With a suggested MSRP of $500USD, this is the cheapest Core M3 Ultrabook out there in the market today, the same price as a Surface 3 which uses an Atom processor. However, the price rises to around $580 for anyone not in China (through resellers) making it less of a deal. 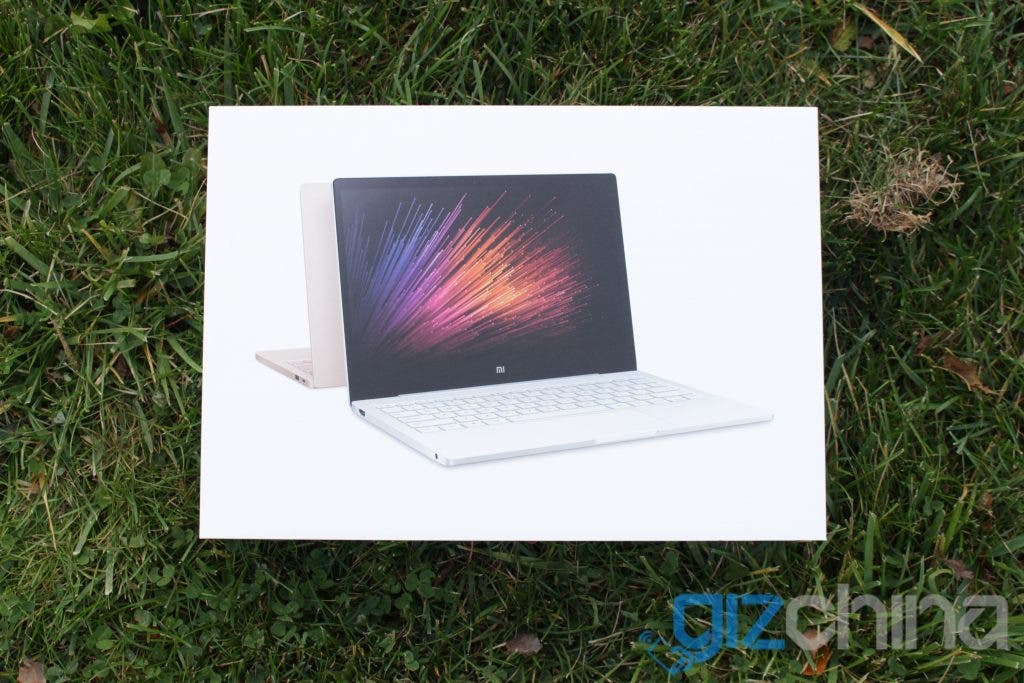 I live in Canada (U.S. prices are even cheaper sometimes), which means that Core M3 Ultrabooks can be had for around $600-650USD after taxes, making this not that great a deal after all. However, researching Ultrabook pricing in Europe and Asia suggest that prices seem to be a good $200 more than what North Americans pay for the same product. This would obviously discount sale prices of course, as those are very item/location specific. I would love to hear your feedback about whether or not this is true, let me know down in the comments below.

Big thanks to Gearbest (laptop here) for providing this review unit. I used the Xiaomi Air 12 Ultrabook with an unactivated version of English Windows 10. 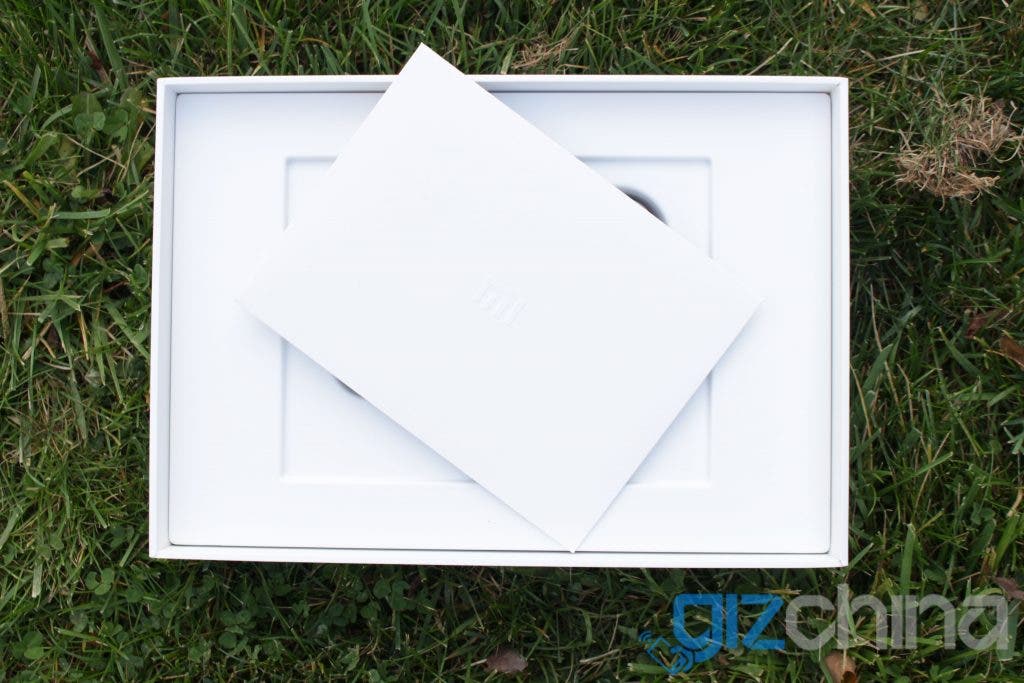 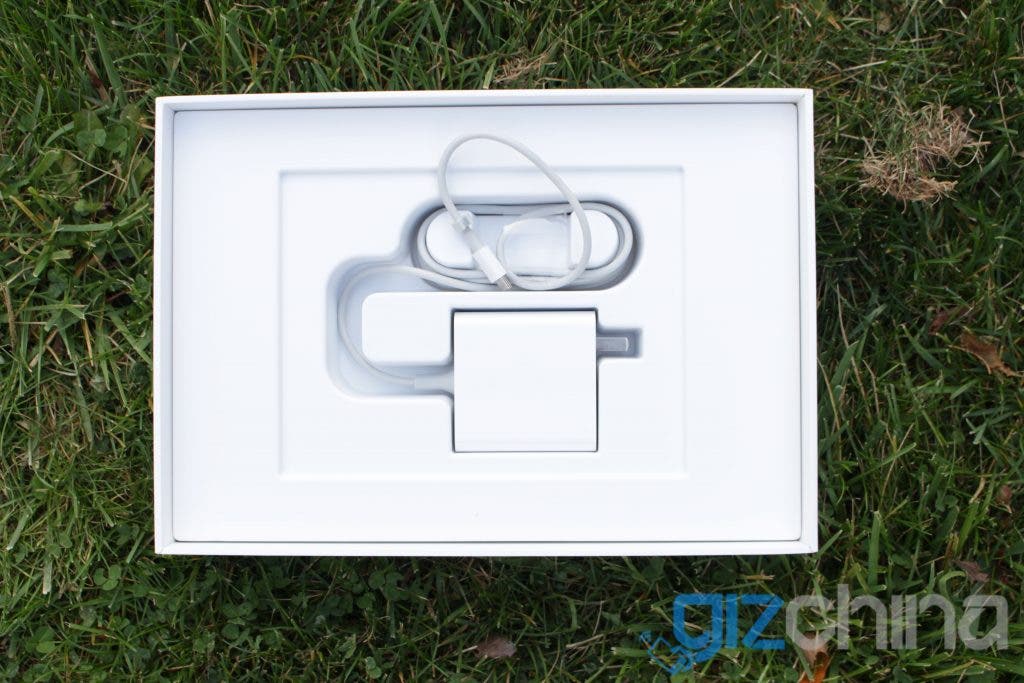 Xiaomi has obviously aimed this Ultrabook straight at the 12” MacBook (even though competition most likely is going to be from other devices) with a very similar MacBook like box but sparse on accessories. It comes with just a USB-C charger and wall plug. 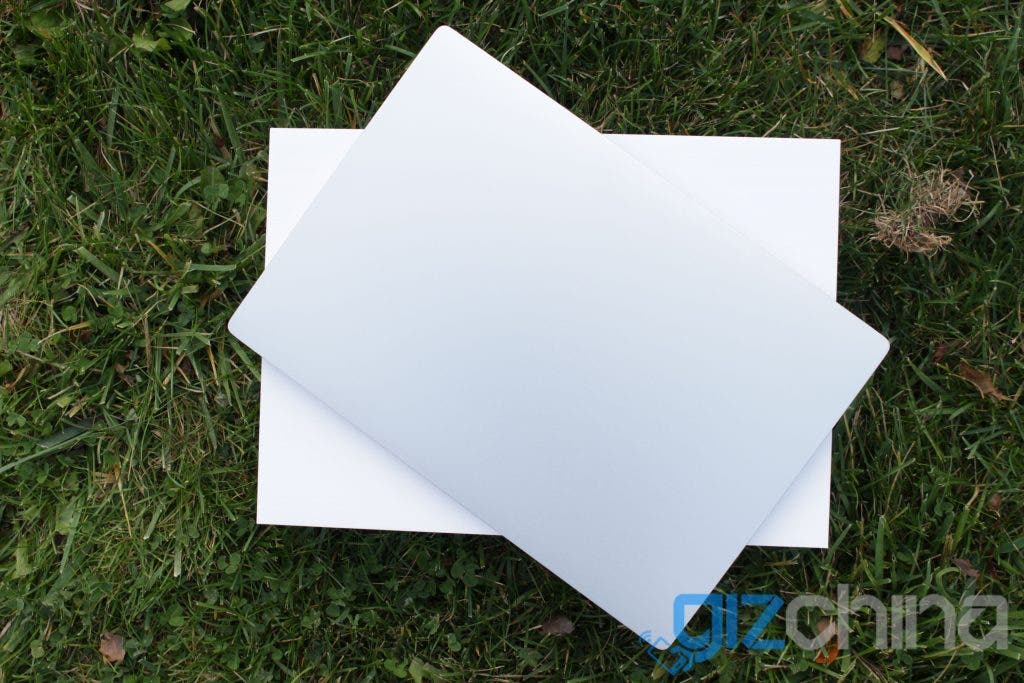 Clean, sleek, and simple laptops are my style, but the Air 12 is a little too plain… even for me. There is no logo on the cover, making it look so plain to the point of drawing attention. Take a look at every single laptop around you, there is not a single one that does not have some sort of logo smack dab in the middle of the lid. There is a reason for this though, Xiaomi wants you to customize it yourself.

During the preorder phase (a few moons ago), preorder customers could get the cover engraved with a custom design of their choice. However, that is not available anymore and customization options are limited to stickers.

Take the laptop out of the sleeve and you’re greeted with a shockingly plain laptop. There’s no logo on the lid and the entire laptop is pretty much the same colour. If any of you have been to trade shows, you’ll know that factories show off brandless and generic looking laptops that companies can buy and slap their own logo on it, and this one looks exactly like that. 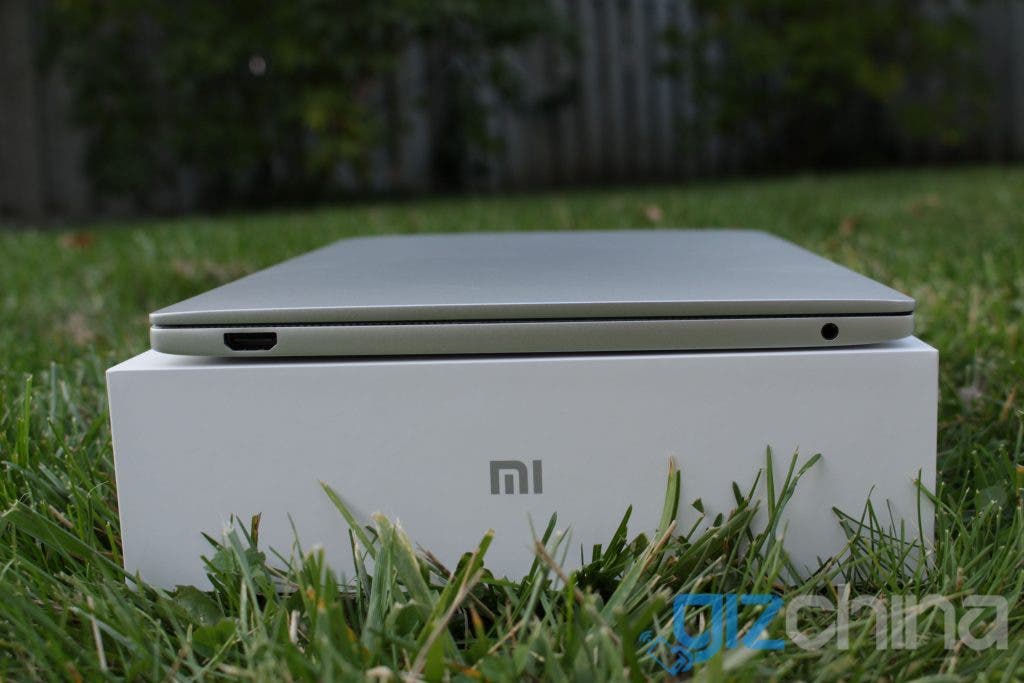 Even though its aimed at the 12” Macbook (same processor, same size and footprint) it does look and feel a bit thicker than its Apple counterpart because it doesn’t taper the same way the Macbook does. 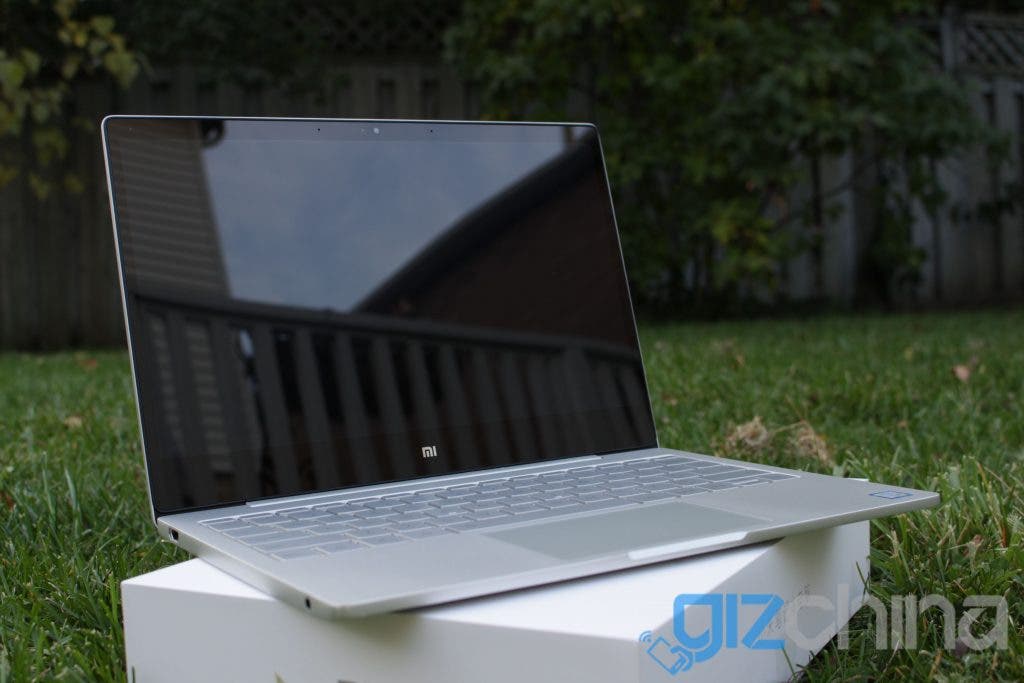 Open the laptop up and you find edge to edge glass with rather slim bezels on each side of the screen, and there’s a Mi logo below said screen as well. The backlit keyboard definitely looks pretty, but isn’t something that I consider a must have. You can turn the backlighting on and off but there isn’t an option to dim the backlighting. I am incredibly annoyed by one thing though, the arrow keys. The up and down arrow keys look incredibly tiny, I’ll use it more to see if its actually a huge issue. 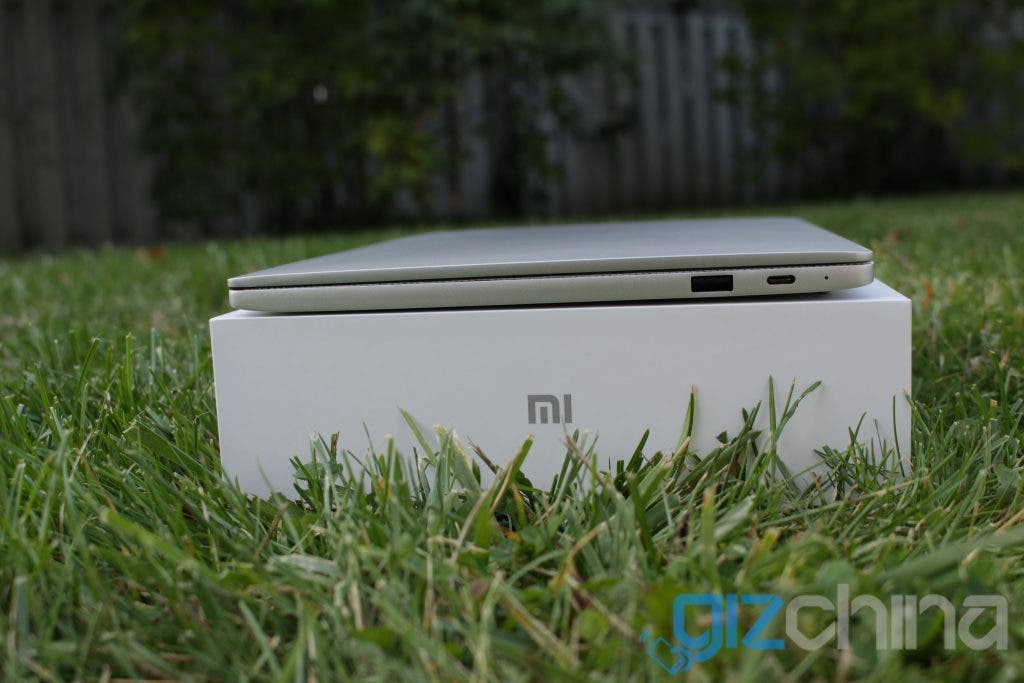 There is one full size USB, full size HDMI, and a USB-C port. I couldn’t find an SD or MicroSD card slot on the laptop which is a bummer. There are a couple of rubber feet and the AKG speakers on the bottom. There are a few TORX screws that can be used to remove the back cover, allowing you to install a second M2 SSD.

It comes with an non-activated English version of Windows 10, meaning you either have to purchase a key or live with an non-activated version. If you purchased the activated Chinese version of the Mi Notebook Air, you could probably extract the license key and use it to activate English Windows if you so choose. Other than that, everything else is fully functional. The trackpad is quite responsive and in the hour I got to use it, the laptop never slowed down at all. Oh and the webcam sucks, obviously.

Like I mentioned before, Xiaomi is aiming this laptop at Apple’s 12″ MacBook, but the MacBook’s target market would never be interested in this laptop even if it is almost 1/3 of the price. However, it is going to face stiff competition from other budget Core M devices like the ASUS UX305 and the Lenovo MIIX 700, both hovering around the $600 mark.

All that being said, I’ve had a fairly positive first impression of the Air 12 and I look forward to testing this device more. I’ll be testing this laptop completely over the next week or so, installing games, video editing, battery tests and much more. I’ll be creating my customary video review as well, so stay tuned until then!

You can buy the laptop from Gearbest here. However, I do recommend you wait for the full review in order to make a fully informed purchase.