Vernee is a new smartphone brand that has made a name for itself fairly quickly in the ultra competitive mobile scene. Their first phone, the Vernee Thor, was and is still one of my favourite phones to hold in the hand and was priced extremely competitively. The Vernee Apollo Lite was the first device to use the Helio X20 processor and even then was priced fiercely as well.

The Vernee Mars is this fledging company’s third phone, and this midrange phone is priced a lot less aggressively than the first two phones.

Starting at $200 during the presale period and rising to $250 after, this 5.5″ phone combines the midrange Helio P10 chip with 4GB of RAM for a respectable spec sheet. However, in a pure specs to price battle, it’s bigger brother (the Apollo Lite) handily beats the Mars and is trounced soundly by the Xiaomi Redmi Note 4.

However, it does have a few tricks up its sleeve. First of all, it has incredibly small bezels, fitting a 5.5″ phone in the footprint of a 5″ one… almost. This has the added benefit of making the phone look very sleek. It also has a side mounted fingerprint scanner that we are very interested to see how well it works.

But are these tricks enough to make this a must buy? Continue reading to find out.

Big thanks to Gearbest for providing this review unit. I used the Vernee Mars on Rogers in Toronto. 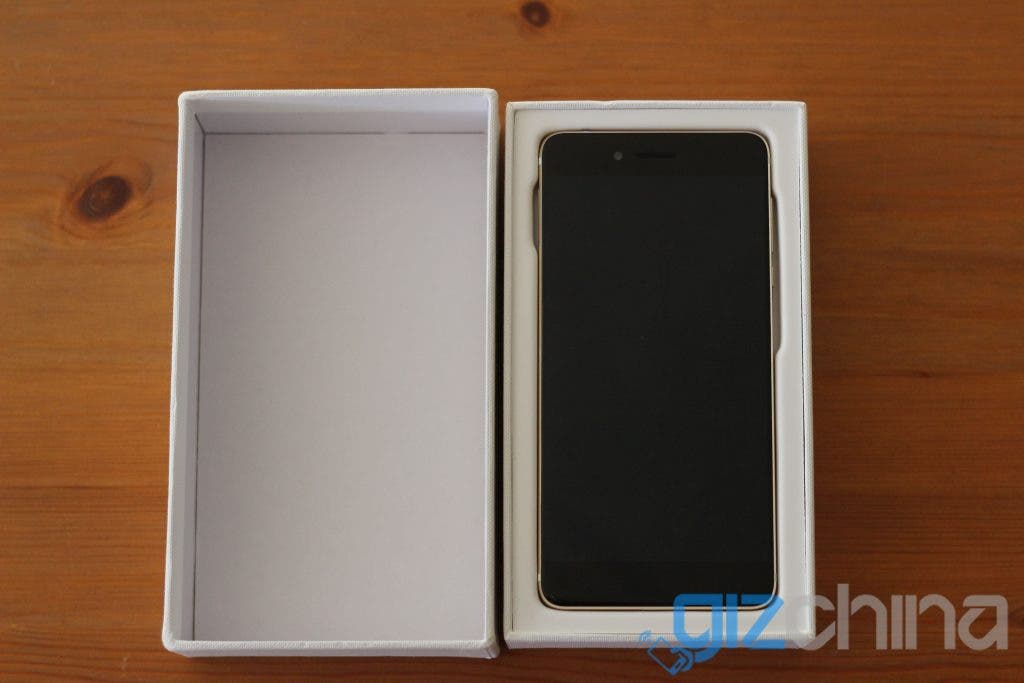 Vernee has some pretty good industrial designers, or so it appears. The phone manages to catch the eye without the need for flashy design cues like a curved display. Made out of a single piece of aircraft grade aluminum, the Mars definitely looks and feels like a premium device, no question about it.

It’s extremely compact for a 5.5″ phone, squeezing itself into the footprint of a large 5″ device. Bezels are such a thing of the past, and I applaud Vernee for shrinking them as much as possible. 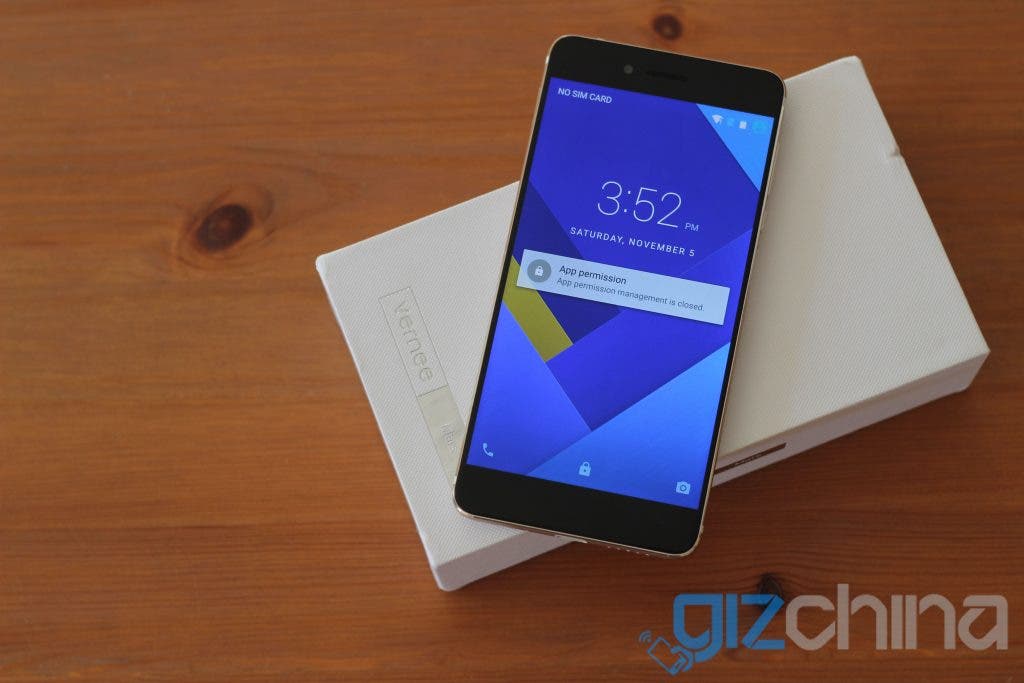 This stands in stark contrast to the new iPhones and the recently released Pixel devices, and they all have one thing in common — large bezels. The 1mm wide bezels flanking the left and right of the screen are almost invisible to the naked eye and completely invisible when the screen is off. You find the side mounted fingerprint sensor on the right edge. 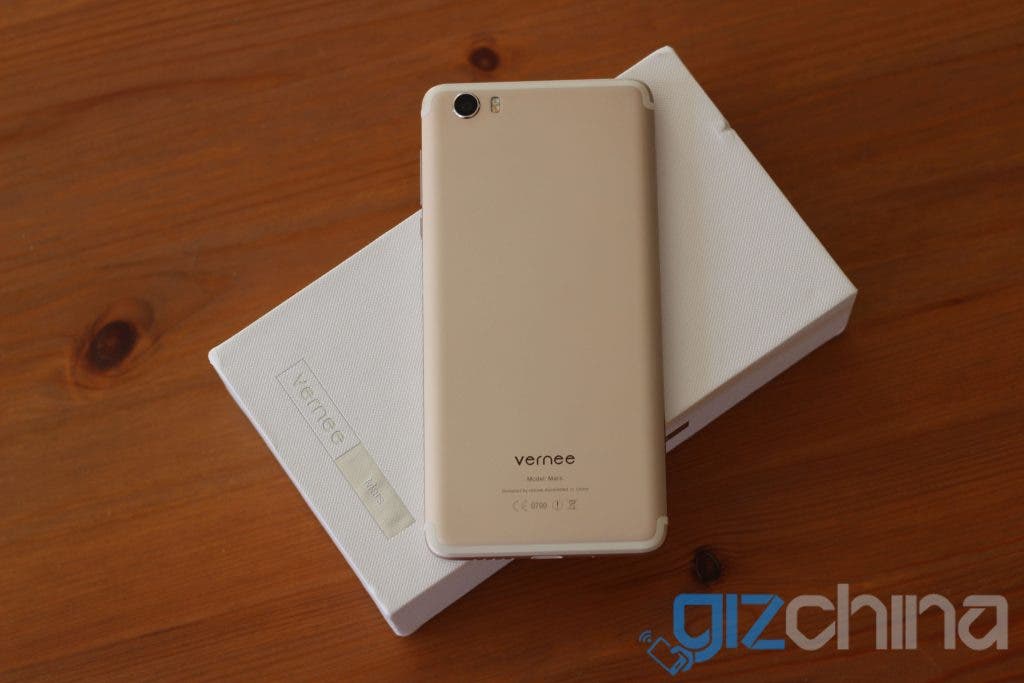 The back of the phone contains the camera, flash and the Vernee logo. The antenna bands look the exact same as the iPhone 7’s bands, but I really don’t think they copied the iPhone itself since both the Mars and the iPhone were released within days of each other. Even though the metal used is durable, it is very scratchable… so do be careful with it.

“big phone in a small footprint”

I’m quite pleased with the design, quality and size of this phone. If I were to ever move to a phone with a 5.5″ screen, one with minimal bezels is a must. The only downside to the build quality here is how easily scratches can be seen. 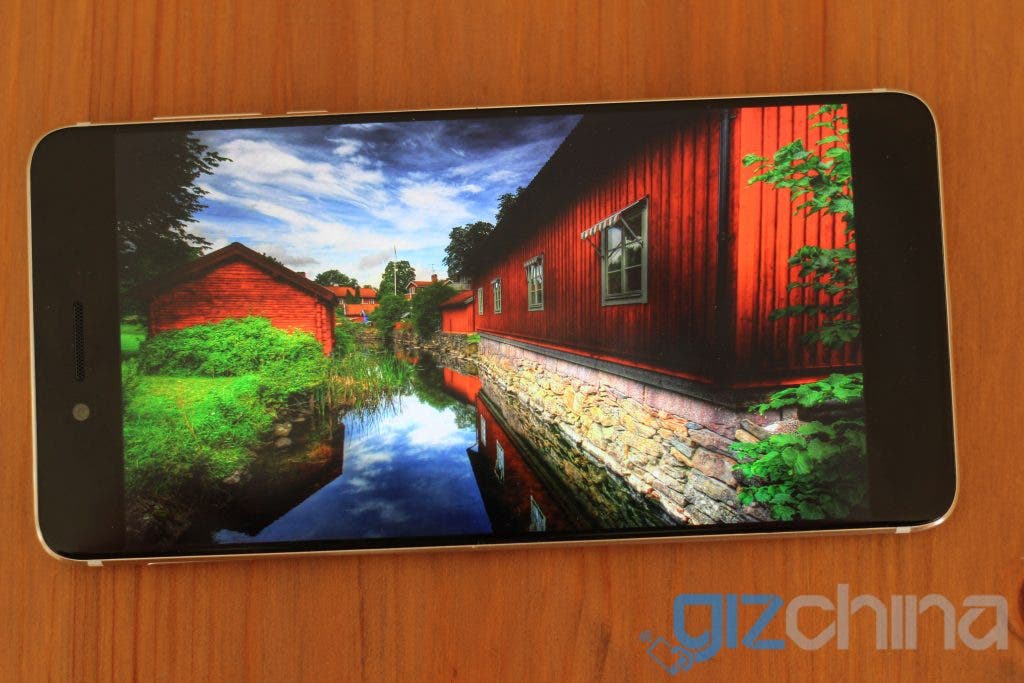 Screen display technology has advanced to a point where most phone displays — regardless of pricing — all present more or less the same quality with slight variations in maximum brightness, contrast, and colour.

Unless you pay outrageous amounts for a top end AMOLED display, the difference between LCD displays are within a few percentage points of each other. 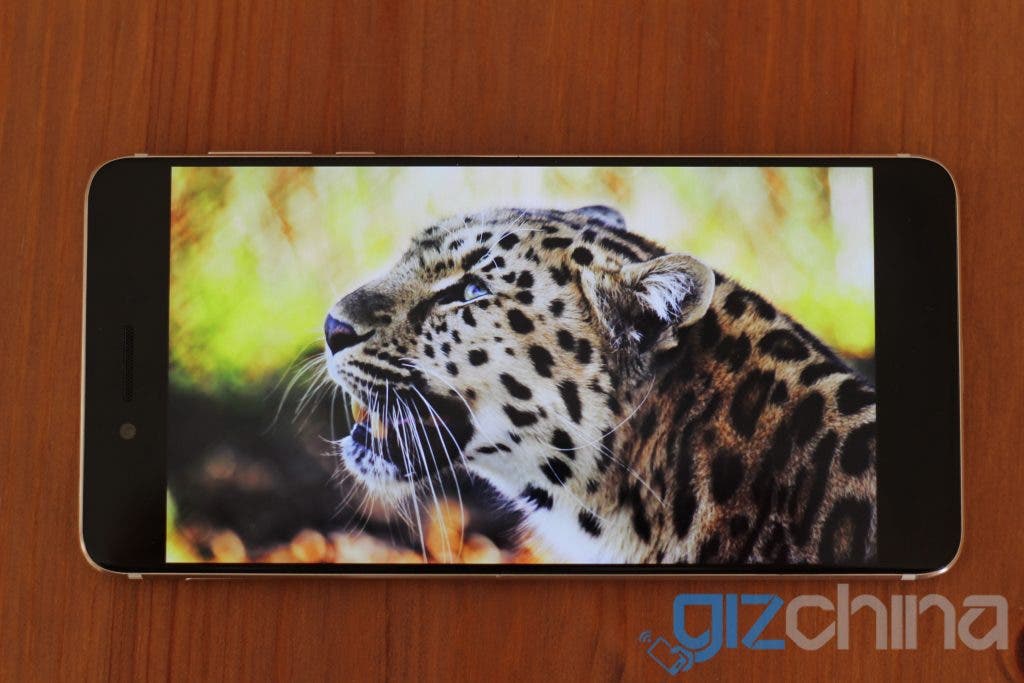 Here we see Vernee installing a 5.5″ Full HD display in the phone and the screen itself is great. It presents rather saturated colours (for an LCD) and crisp text and pictures, making it a pleasure to look at. Max brightness tops out around 500 nits, it’s easy to see in direct sunlight. It’s protected by Gorilla Glass 3 so you don’t have to worry about scratches.

I do recommend a case as the body design of the phone does not allow for protection for the front glass from drops at all. 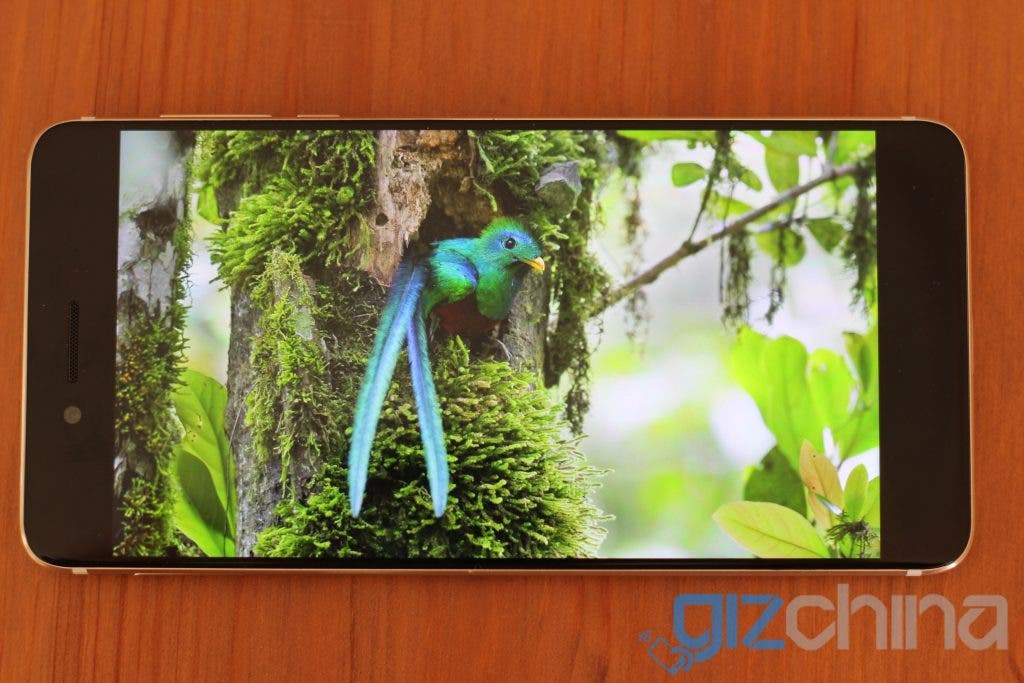 Speaker technology in smartphones is even more stagnated than smartphone displays. Even low quality speakers that lack clarity aren’t all that bad; and in my time as a device reviewer, I’ve only encountered two truly terrible speakers. Thankfully, the Vernee Mars is not one of them.

Speaker volume is quite good, it isn’t as loud as the HTC 10, but it’s loud enough for most situations. Now what really surprised me was the speaker quality. It’s actually one of the better ones I’ve heard. There is very decent detail in the sound and audio is crisp even at maximum volume. Have a listen for yourself.

With a standard 3000mAh battery, the Vernee Mars should post some decent results, but anyone hoping for something spectacular like Redmi devices should temper their expectations. I was able to get through a 16 hour day of medium use, meaning 4 hours of screen on time consisting of web browsing, Reddit, and news. I plugged it back in at 10pm with just 2% left, so there really is no buffer there.

Try anything more and the phone most likely won’t be able to get you throughout a day. In the web browsing test, the Mars died after 7 hours of web browsing and got 8 hours of video playback. Decent results, but not up there with the best of the best.

“decent but not great”

You also get Mediatek’s PumpExpress which can charge the phone up to about 60% in an hour, quite useful for a phone without great battery life. This phone will be enough for light and medium users. Heavy users will need to charge at least once a day, but with PumpExpress, that shouldn’t be much of a problem.

Vernee is one of the few manufacturers that keeps the ROM as stock as possible, and I appreciate that. To those moving from MIUI or EMUI, you could make the argument that this phone is completely feature bare, which wouldn’t be a false statement.

However, Vernee did add a few extra customization option,s such as display customizations and screen gestures. The latter somewhat rendered moot by an always on fingerprint sensor.

There are also some customization options regarding notifications as well as quick settings. A side mounted fingerprint sensor is something that’s only been done a few times, with a few notable examples being Sony’s Xperia Z5 line and the Ulefone Future. The fingerprint sensor is incredibly accurate, but that is becoming less of a luxury and more of a basic feature of fingerprint sensors.

“one of the fastest fingerprint sensors”

The speed of the sensor is what has me puzzled, as it is the fastest fingerprint sensor I’ve seen, and at the same time pretty slow. To expand on that, when the phone is already turned on and you touch the sensor, it unlocks faster than any device I’ve seen so far, except maybe the Pixel. However, if you use the sensor to wake and unlock the device at the same time, it’s slower than regular sensors on flagships like the S7.

It is my opinion that the sensor itself is incredibly fast, but the process of waking up the phone needs to be trimmed down to provide the same speedy response the sensor is capable of delivering.

Another piece of advice when setting up the fingerprint scanner — make sure you scan the tip of your thumb or finger thoroughly, as unlocking the device while it is on a table will pretty much force you to use your fingertips exclusively.

Yes, there’s only a Helio P10 MTK6755 processor in here, and no, you can’t tell the difference. This phone feels just as fast as my Xiaomi Redmi Note 4 and Lenovo Z2 Plus. This can largely be attributed to Vernee’s software optimization, as the Vernee Mars is the fastest Helio P10 device I’ve tested to date. 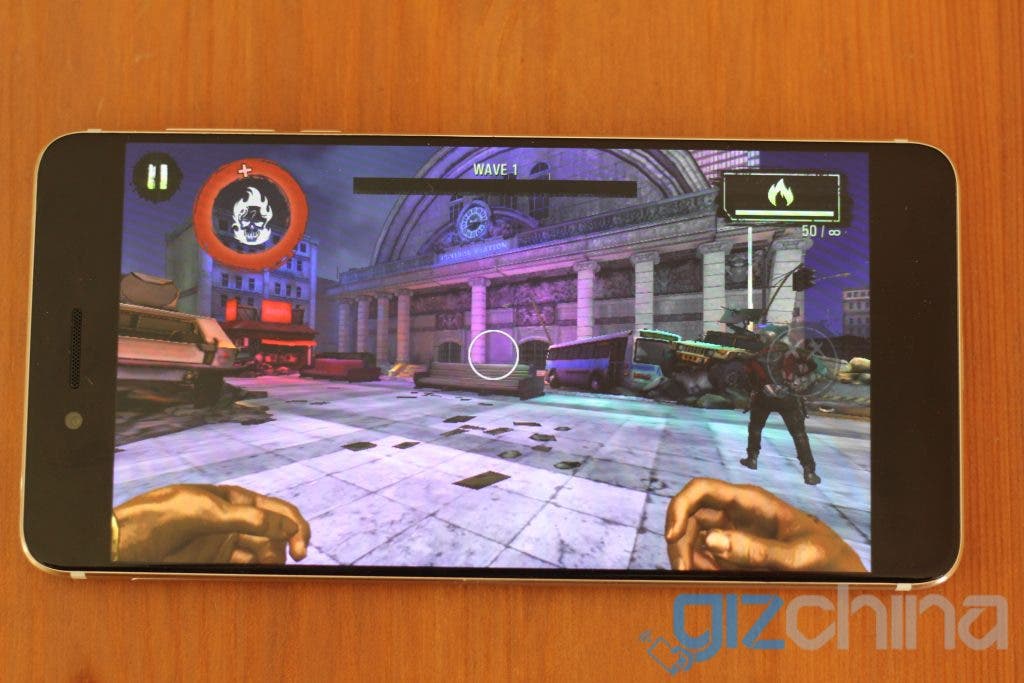 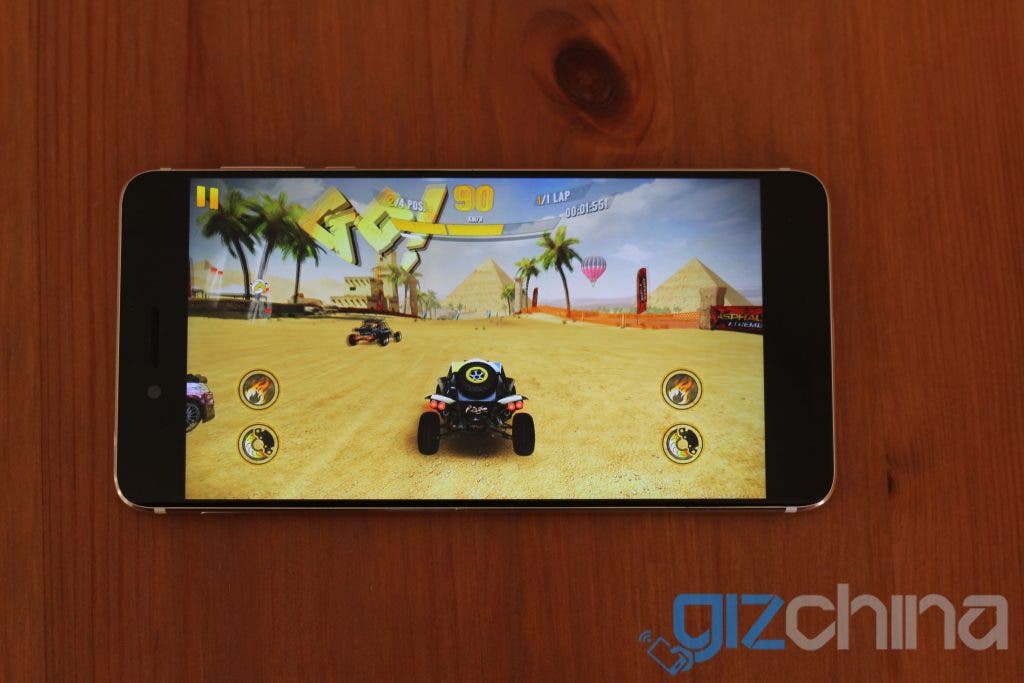 With 4GB of RAM, it is capable of some fairly intense multitasking, being almost impossible to slow down during normal use. It can play almost any game on the play store very smoothly, there are some where you have to lower the graphical settings to play at a full framerate. The Antutu benchmark also yielded a very good score of 47,971.

One of the downsides of the Vernee Mars is the lack of supported bands. There are only two WCDMA bands and four FDD-LTE bands, and those pretty much prevent this device from working in U.S. Altogether. However, if you are located somewhere else like Europe or Asia, you should be OK. Do check whether it works on your carrier though. I was able to get some very good 4G LTE speeds as well. The rest of the connectivity options all work very well, WiFi, bluetooth, GPS, no complaints here.

If I had to choose between a camera with good detail and bad colour or a camera with bad detail and good colour, I would rather go for the former, as would pretty much anyone. Colour can be fixed in post quite easily while refining detail is going to be much more difficult. The Vernee Mars fortunately has good detail but lacks colour. 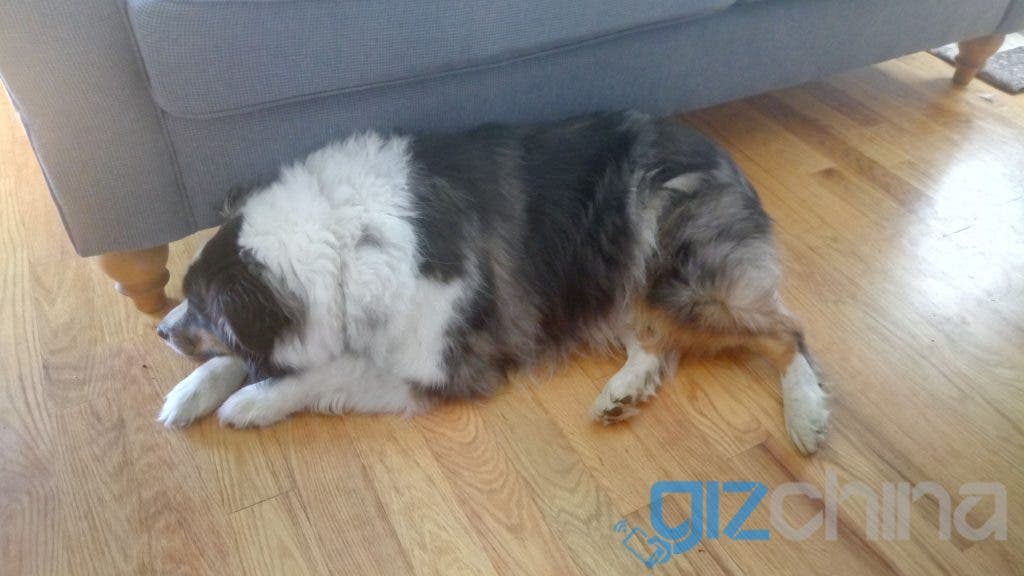 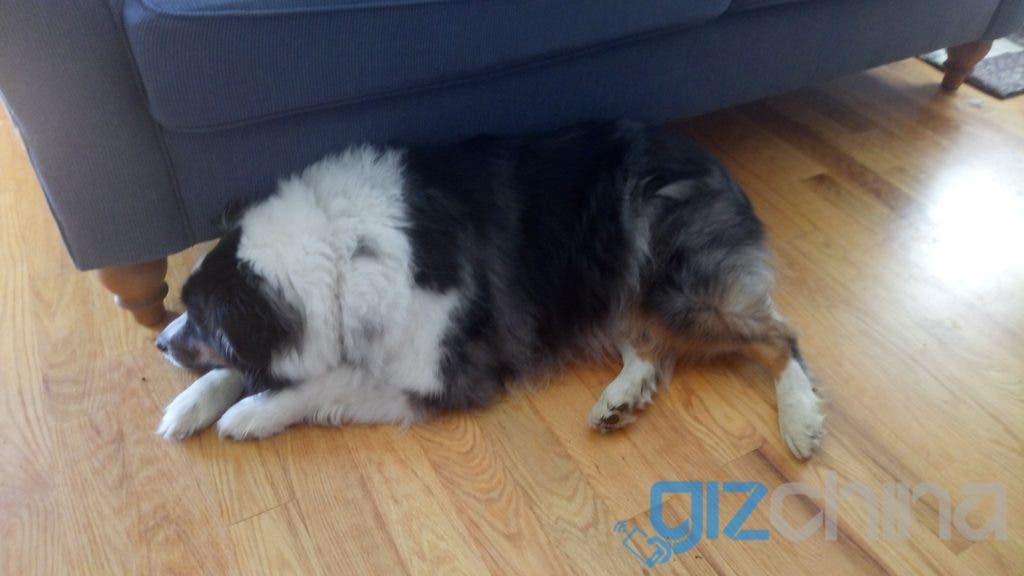 In other words, it takes pictures with some good detail, but the pictures tend to be washed out. You can fix that pretty easily in post, but a trick I learnt to fix this is to focus on something dark, so for example focusing on my dog’s black fur instead of the white, and the colours mostly come out saturated properly. Of course, you might not always be able to do that in every situation, so this is definitely a downside you have to be aware of.

The front camera is only 5MP and so pictures do not contain as much detail as I would like but it is still passable for a low cost device. One pretty significant upside is the speed of the shutter, it is for all intents and purposes, instantaneous. Tapping the button to capture a shot results in a photo being taken of almost that exact moment.

Video capture from the rear camera results in video with surprising detail and decent colours, the rear camera’s video quality is definitely a surprise. The front camera takes 720p video, so it’s nothing to write home about.

As with almost all chinese phones, the weakest link is usually the camera, and the Vernee Mars is not an exception to this anecdotal rule. However, apart from the camera, Vernee has created an extremely compelling phone in the Vernee Mars, but they made one mistake; they priced it too high.

To be honest, the price tag is not too far off compared to other Helio P10 phones from UMi and Ulefone, but with the release of the Xiaomi Redmi Note 4, a phone like the Vernee Mars (e.g. a helio P10 phone) suddenly became a lot less attractive.

I find that this Vernee Mars is overall a very well made phone and apart from the camera, without any significant weakesses. Whether you like the side mounted fingerprint sensor is based on personal preference and the phone’s small footprint is just icing on the cake.

The biggest issue I have with this phoine is the price, starting at $250, you’re paying a $70 premium (compared to the Redmi Note 4) for a slower processor and 2GB more RAM. Should you buy this? Probably not. The Xiaomi Redmi Note 4 is still a much better option. But if you’re bent on getting a phone from Vernee, the Apollo Lite is also a good choice. But if you do get the Vernee Mars, at least you can know that the rest of the phone is decent.

Next Two Doogee phones on sale from Lightinthebox