Lenovo’s track record with Android updates hasn’t really been too good. Their devices, even the flagships, tend to be never receive any updates. ZUK’s on the other hand are hoping to stay far away from that reputation.

ZUK has gone ahead and announced Nougat updates for their devices, the ZUK Z1 and Z2 Pro. The update will ship along with ZUI 2.5 on the 28th of January for the ZUK Z2 Pro, which coincides with the Spring Festival in China. 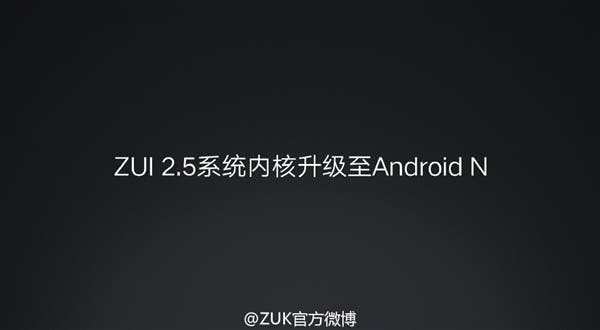 The ZUK Z1 on the other hand will receive a beta version of the update before the 28th. What’s surprising about this news is that the ZUK Z1 will be the first Snapdragon 801 device to get Nougat.

While this is great and all, it’s surprising that ZUK hasn’t announced anything for the ZUK Z2. Specification-wise, it’s almost the same device as the Z2 Pro with only a few differences. Perhaps we’ll see it soon, it’d be a real shame if it didn’t get Nougat while the other devices do.

Next More details of the Elephone S7 Treasure Revealed