Crowdfunding is becoming ubiquitous and success stories impressively demonstrate how this new ware of funding for startups, creative ideas and caused via the crowd can be used to turn dreams into reality. The flip side is that for every successful Kickstarter campaign, 3 fail to reach their goal. 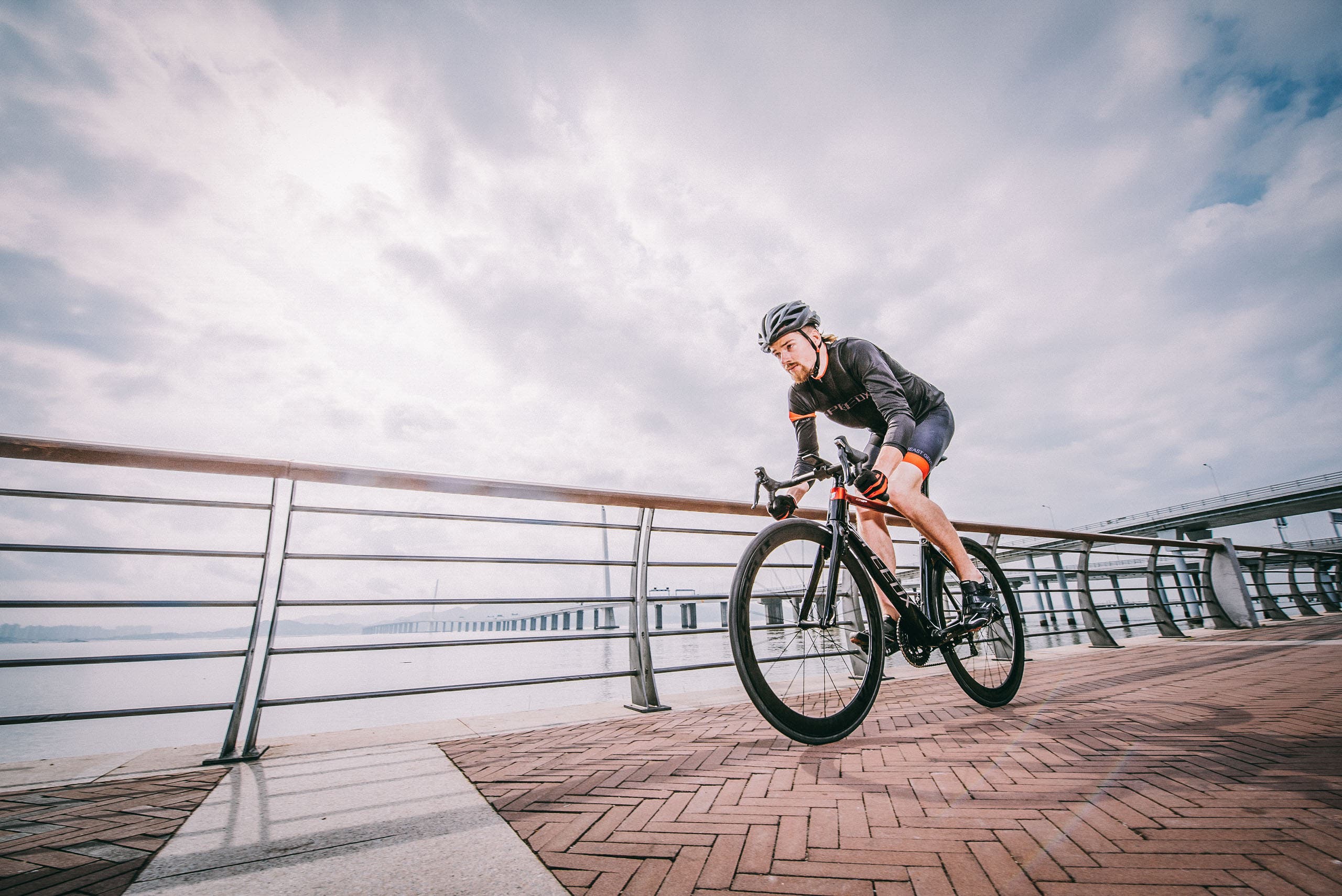 SpeedX are one of the “champions” of Kickstarter campaigns, after the huge success they had with the SpeedX Leopard smart bike earlier this year.

1,251 backers pledged US$2,319,876 to bring the SpeedX project to life. Not only did this set a new crowdfunding record for a bike–related project, it also ranks at the top 50 Kickstarter campaigns of all time. So how did SpeedX made it when about 70% of campaigns fail on Kickstarter? What are the stories behind the success? 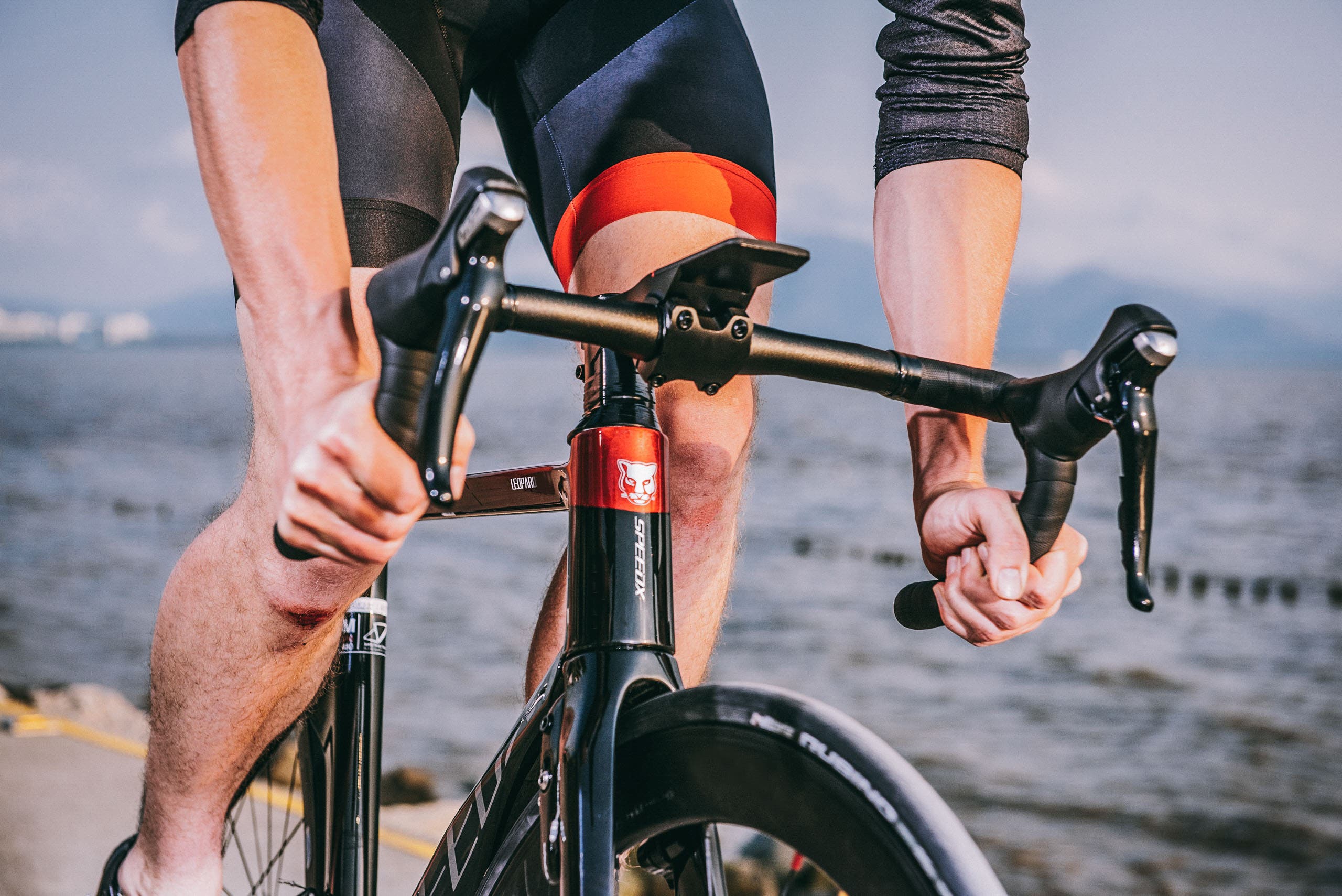 SpeedX was co-founded in December 2014 by Tony Li and Jiayang Gao who had both experienced the highs and lows of corporate world excess. Li did an internship as an university student for Bank of America Merrill Lynch IN 2011 prior to joining financial services company Essex lake Group LLC the following years which as he described: “repeating mind numbing and exhausting working experience”. Then he decided to come back to China, found his best friend — a very good tech guy from Alibaba — and they built a very interesting smart button for every Android phone which could be used to take photos or videos and quickly opening up Apps by easily clicking. They sold around 5 million units in one year, it was the most successful hardware start-up in China in 2014.

In the few frenetic years leading up to this achievements, they both had some health problems. Li gained around 50 pounds in one year and his partner got diabetes. they realized health is priority of their life. so they picked up cycling and during their rides they thought of other thing they can do — bring the tech invocation and healthy life style together. And hence, SpeedX. 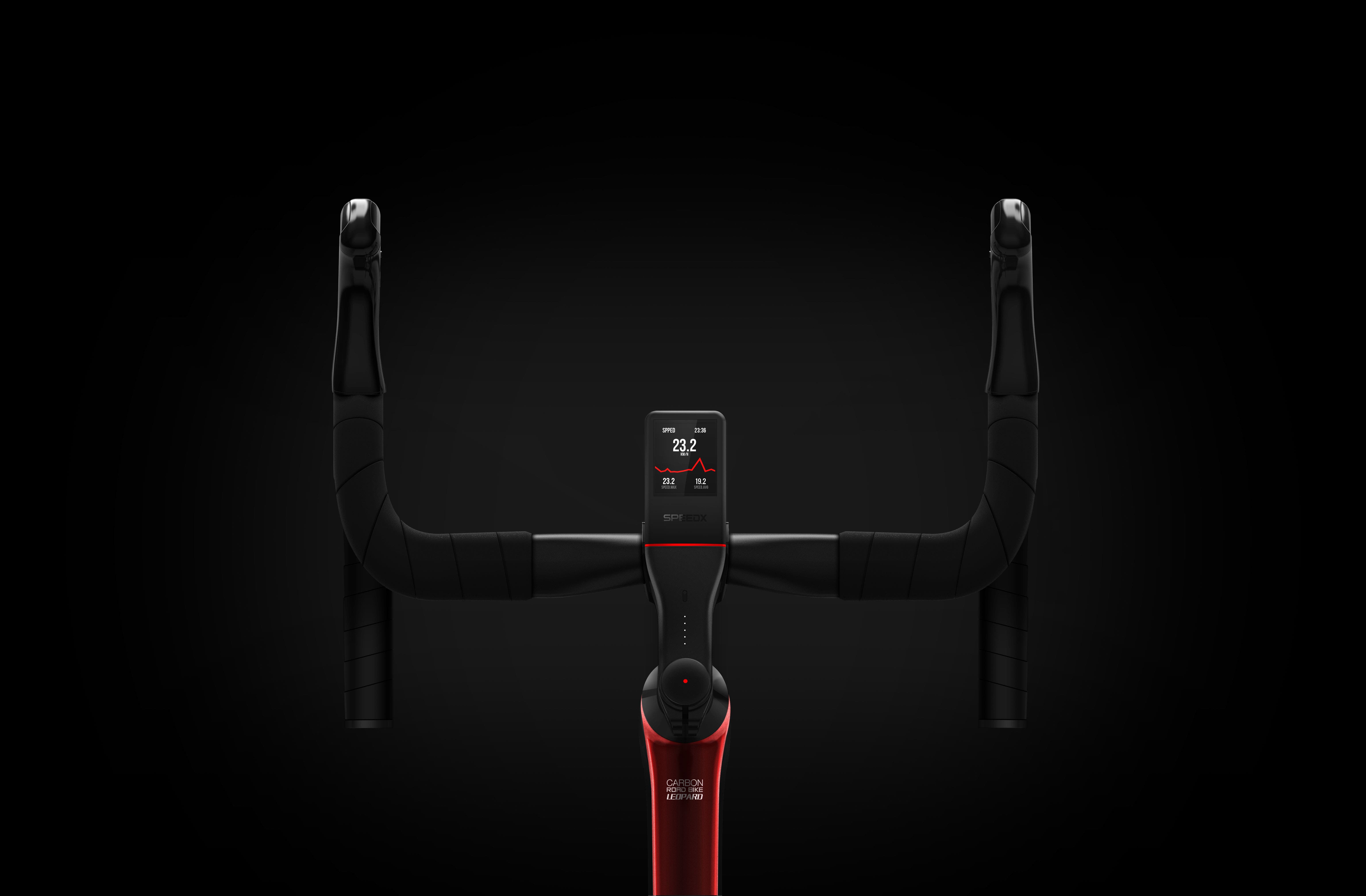 Why other campaigns fail

Every day, there are tonnes of new crowdfunding campaign set up in the hope to reach their target. Some are simply bogus products, while others are some truly innovative ideas that deserve to be out in the public.

According to Krowdster, the #1 reason why campaigns fail is that it is pretty much impossible to make improvements or compensate for lack of preparation once your campaign has launched.  Success in crowdfunding is in preparation. Don’t let excitement get the better of you and don’t launch before you are ready or you’ll skip important steps to success.

Some of the most popular failed crowdfunding projects include:

Why SpeedX made it in Kickstarter, and why they can deliver

SpeedX brings innovation, a high performance bike, the smart control device and an APP, integrates them all in one piece of product. The bicycle industry is dominated by some juggernauts, but they are too big to make a difference or bring some innovations in this industry. So when SpeedX launched the campaign on Kickstarter with the new concept based on consumers’ real needs coming to reality, it wasn’t so surprising why this industry was so excited.

You may be surprised by all kinds of concepts in Kickstarter which look quite attractive and then vanish when thoughts need to be converted into real objects. It’s pretty much impossible to make improvement or compensate for lack of preparation once your campaign has launched.

Preparation in crowdfunding is quite essential. We didn’t let excitement get the better of us and after the campaign, we focus on what backers can really get and realized our thoughts which is quite essential to continue the business.Raggy Lau, SpeedX's head of global marketing

SpeedX has found a fine balance between the bike’s performance and its price, which means making the smart road bike affordable for most people. Also, SpeedX have focused on the online business which avoids the agency system and brings the best price to customer directly.

Choosing the crowdfunding path is not only making the first pot of gold to start the business, but to see how the market would react to the idea and product which would suffer less risks than throwing the product into the market directly. SpeedX believe customer’s voice is supreme, they valued these initial adopters more than customers, but business partner, they care about their feedback coming from Facebook, Twitter or other social medias. Which help the company improve even after the crowdfunding campaign is over. 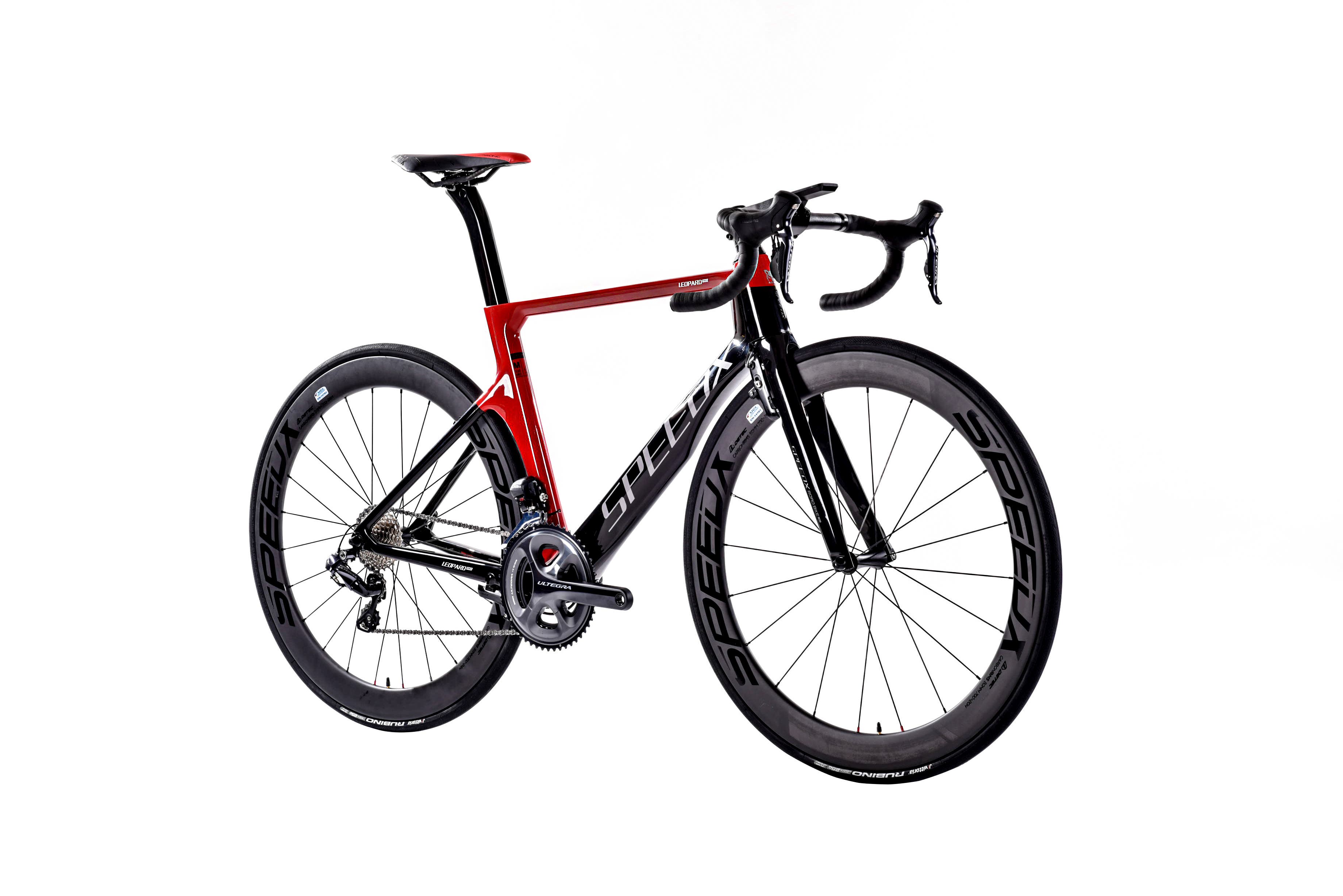 In SpeedX, there are not only with enthusiastic young people who are crazy about cycling and devoted to the bicycle industry, but also experts with decades experience in bicycle industry. For example, the General Manager of UCC, Wu (Tony) Yamou is  taking care of the global distribution channel. And in the SpeedX owned factory, Li Shiqin who has the years of experience management in well-known bicycle factory is taking charge of the manufacturing.

Combining the young blood with experts make sure SpeedX can finish the manufacturing and delivery in the more efficient way.

5. Progress and feedback from customers

Obstacles are often more than we believe. SpeedX’s initial plan was to ship out all the bikes in August, after several delays, due to lacking in experience in supply chain, SpeedX has sent out 75% of the bikes up until now, and they are planning to send out all the bikes before the end of December.

According to the discussions in the SpeedX fans group called ‘SpeedX riders’, most customers are happy with the bikes especially about the design-simple and elegant. 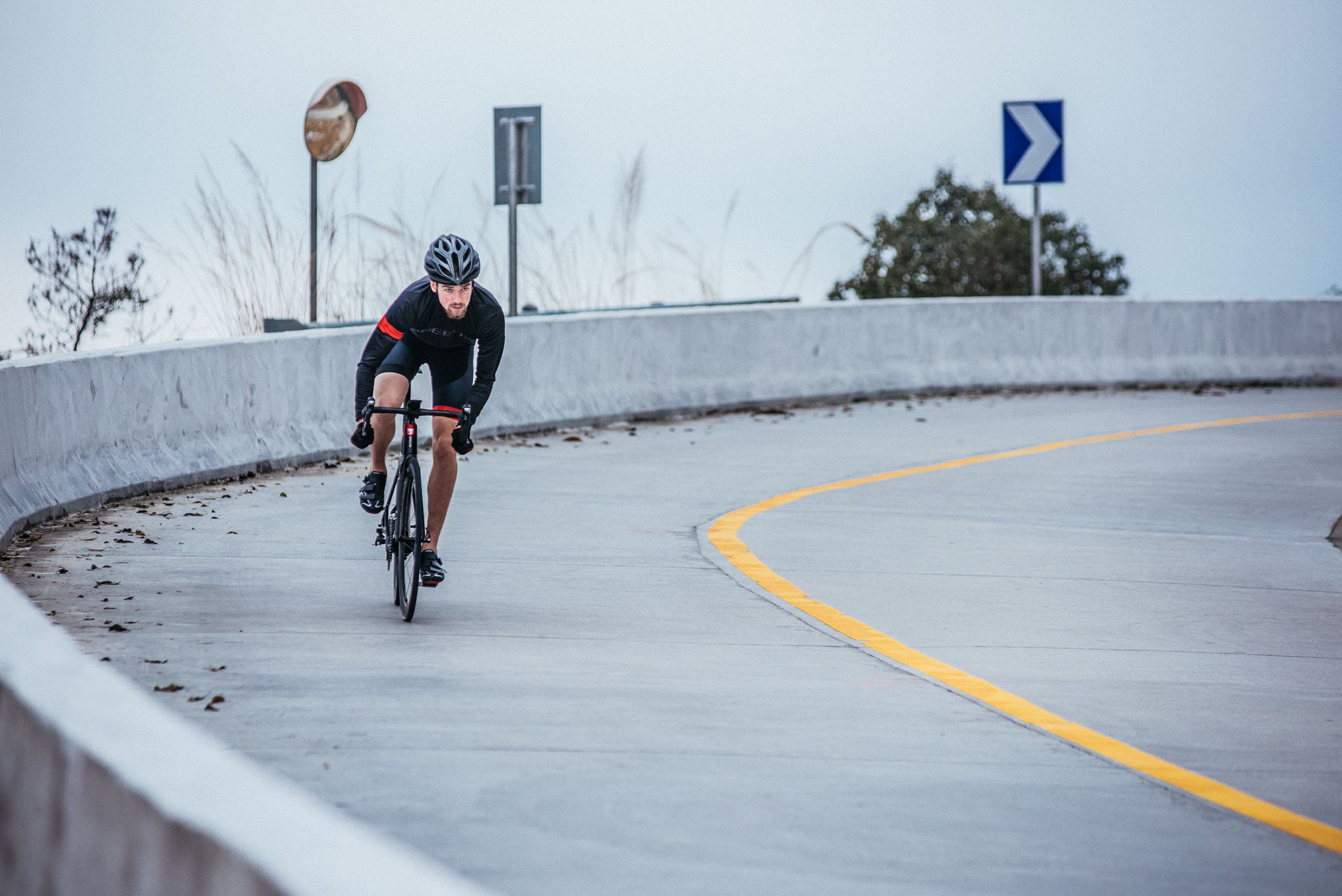 In conjunction with the new additional investment, SpeedX have been working hard on a brand new product for 2017 – a road bike called Unicorn – which will include many cutting edge technologies and components, to be disclosed in January 2017.

The Unicorn will be displayed at CES Unveiled – part of the International Consumer Electronics Show – on January 3rd. You can then catch a first glimpse of the bike at CES, which runs from January 5th to 9th in Las Vegas. SpeedX will be at the booth 45021.

To find out more on the SpeedX brand visit their official website.

Previous LeEco said to be cutting jobs in India!

Next Huawei Honor 6X could land in India tomorrow