Hey there, welcome to our new feature, the Crowdfunding Spotlight. Here, we examine and write about any interesting, useful or just peculiar crowdfunding projects from China. Today, we’ll be taking a look at Insta360’s new camera add-on, the Insta360 Air.

The company behind the Insta360 Air is, well, Insta360. They’re a sub-company of Shenzhen Arashi Vision, and are no strangers to the 360 camera world. Their previous device, the Insta360 Nano, was another 360 camera for use with smartphones. Reviews for it were positive, but it only worked with iPhones, reducing its appeal. 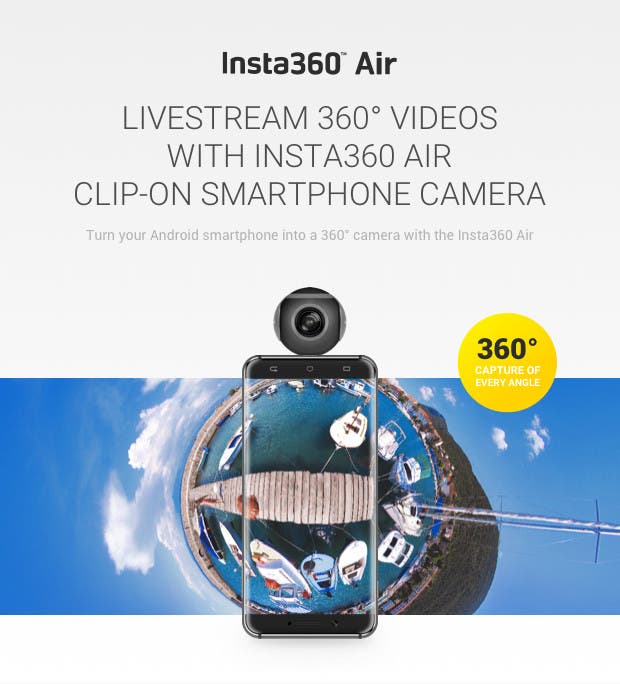 The Air on the other hand is much more Android friendly, though it can also function as a webcam. The idea is that you’ll connect it to your device through a microUSB or USB-C connector, which starts up the camera’s app. You can then record and snap 360 footage and pictures.

You can livestream the footage you capture straight to a streaming site, or share it on your social media accounts from your phone, and the same goes for pictures. There are several modes to choose from when recording, like flat mode, sphere mode, VR mode and planet mode. 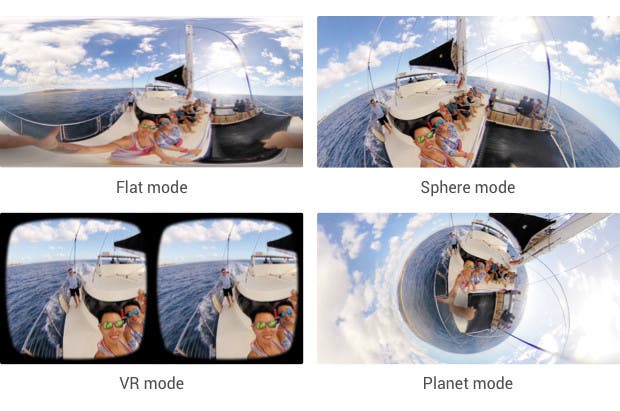 On the technical side, the Air records 2K footage at 30fps and snaps 3K photos. The device’s minimum aperture is f/2.4, and there’s also software stabilization. Apparently it’s the unit as the one on the Nano, so reviews of that should give a pretty good idea about what the quality will be like.

The Air, true to its name, is quite portable with its small, round body. It’s light too at just 26.5 grams, though that comes with its own set of cons. Every order apparently ships with a rubber case, though we’ve no idea how much bulk it’ll add. 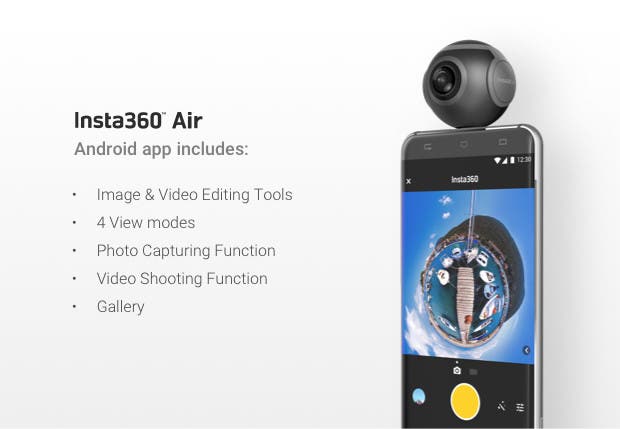 There are some caveats to the device however. Due to the Air’s add-on nature, it doesn’t have a battery. This means it’s completely useless on its own. To use it, you’ll need to attach it to your device’s charging port, so the camera sticks out at all times.

On top of that, it’s a crowdfunding project, so it’s subject to delays when the launch date arrives. The Air is priced quite competitively, with $119 being the normal price and $99 being the backer price. It comes in four colors, namely matte black, white and silver, rose pink and rich gold.

The Air is scheduled to begin shipping in March next year, so we’ll see whether they manage to stick to it. If you’re planning to get one, you can check out their indiegogo page here, backing only ends next month. Meanwhile, you can watch this video from Insta360 about the device to get an idea of how it’ll work.