According to a leak from Geekbench, Alcatel prepares to launch its next flagship model under the name Idol 5S, aimed primarily to all those mid-range users who prefer adequate specs at affordable prices. 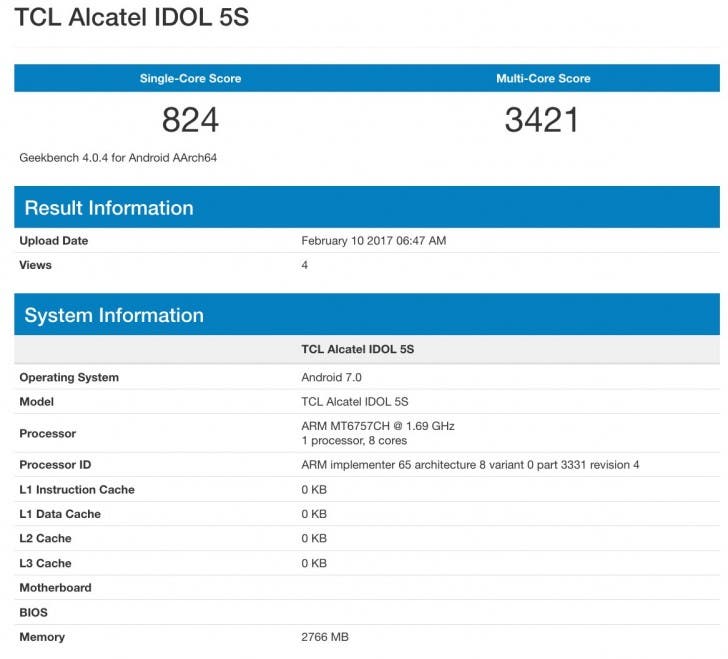 If we are to believe the benchmark results (that show 824 single-core score and 3421 multi-core score), the upcoming Alcatel Idol 5S is expected to pack a Helio P20 8-core SoC, clocked at 1.69GHz, along with 3GB of RAM and Android 7.0 Nougat as its operating system.

We also expect the device to have a single main camera (since Helio P10 SoC doesn’t support dual camera set ups), but since MWC 2017 is only a couple of weeks far, we will know more by then.

Previous Vernee will have a nice futuristic booth at MWC 2017