So here’s another flash sale for the Xiaomi Redmi Note 4X that leads to a sold out situation, in just under 1 minute this time! The most awaited device was originally on its first sale on February 14 and one week later it keeps selling like crazy thanks to its awesome specs and affordable pricing of course. 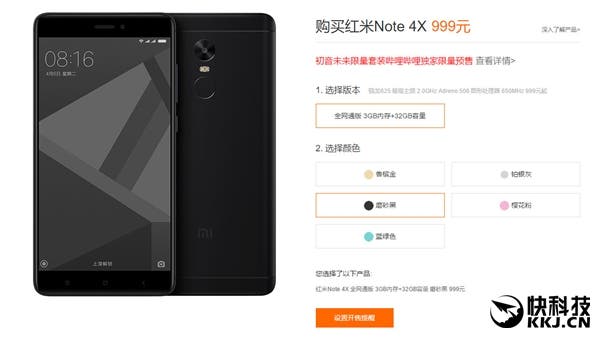 This time only the grey, matte black and champagne gold variants were available for this flash sale and all of them were sold out in just under one minute after the retailer made them available at a price tag of just 999 Yuan (approximately 145$).

Note that the custom made Hatsune Miku edition has not been made available so far but when it does, it will sell once again in huge numbers – even though its price tag is heftier at 1299 Yuan (approximately 188$).