I guess we all know that Mi Note 2 was unveiled by Xiaomi with high hopes for a huge sales boost, but the most awaited device faced several production problems, due to its “flexible” curved display that was supplied by LG.

Having this in mind, we just found out that the Chinese company has a similar device in the works and was just spotted on TENAA with some impressive specs as you can see for yourselves. The TENAA listing mentions a mystery device with model number 2015212, which is quite similar to the model number that all previous Xiaomi Mi Note 2 variants had: 2015211 for the 4GB RAM version and 2015213 for the 6GB RAM variant. 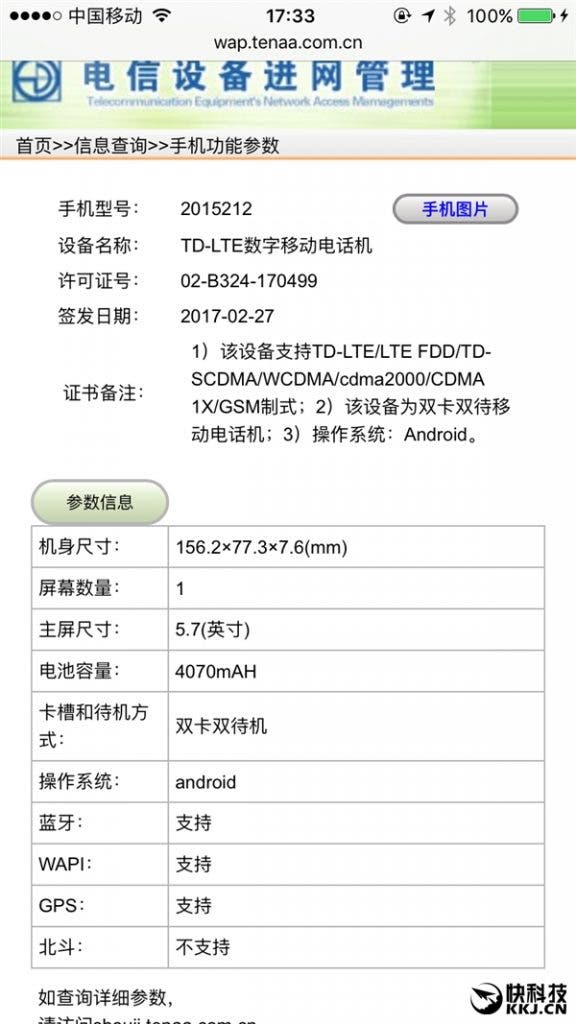 So what’s this new model all about? The TENAA listing doesn’t reveal any images of the device (to see if it’s a different variant with flat AMOLED display perhaps?) but it possible that Xiaomi will modify a few features on this model like a lower RAM size or using a normal OLED instead of the flexible one in order to boost production output.

What do you think? Do we want a 3rd Xiaomi Mi Note 2 variant?