Hafury is the latest brand to enter the smartphone market and their first handset — the Hafury Umax — will be launching very soon, in April to be precise. It’ll be a 6-inch device with an elegant design and good build quality, but they won’t stop there.

Today they’re also revealing the full specs of two more phones that will be launched in the first half of 2017. Let’s check them out! 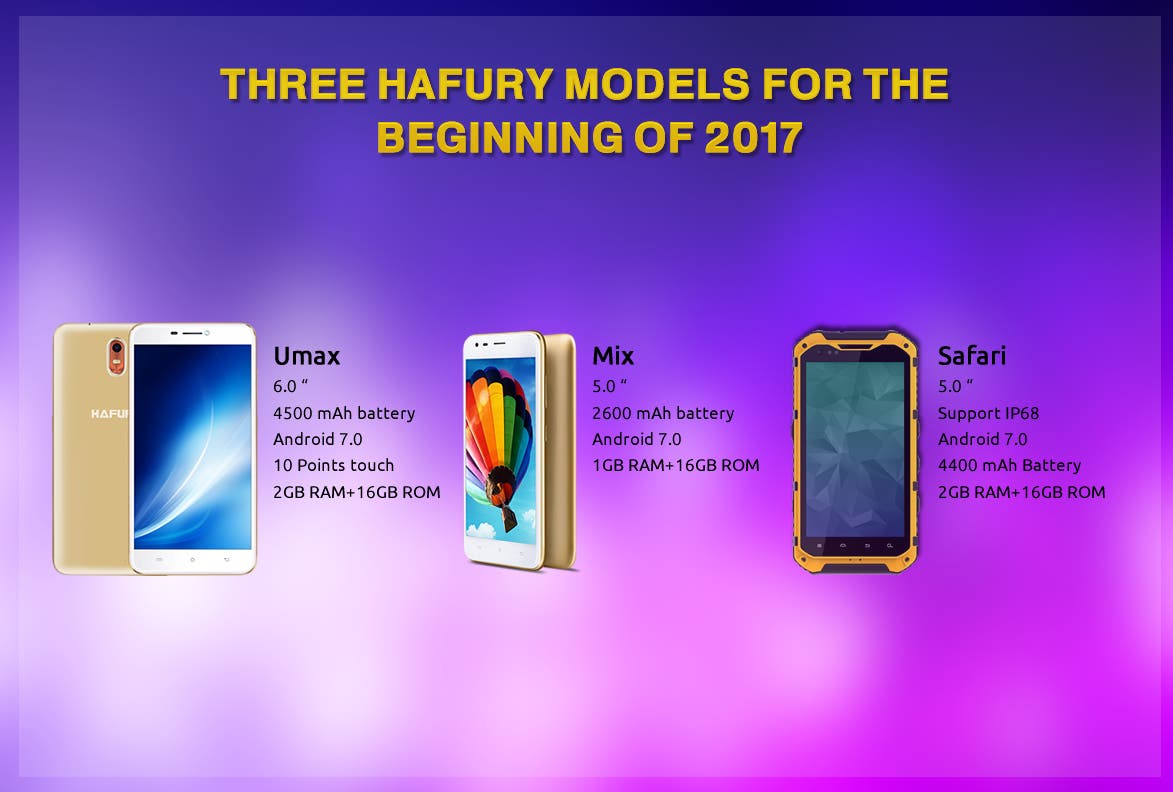 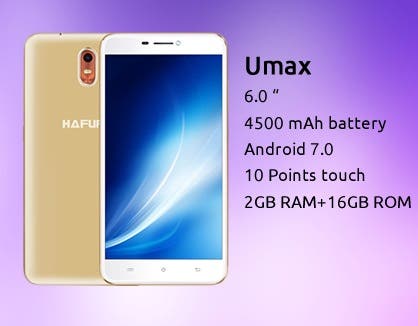 Let’s begin with the one we already knew was coming, i.e. the Hafury Umax. The large 6-inch phone will be powered by a Mediatek 6580 CPU, 2GB of RAM and 16GB of internal storage.

Camera wise we’ll find a 13MP rear camera and a 5.0MP front-facing shooter. The Hafury Umax will sport a big 4500mAh battery and run Android 7.0 Nougat out of the box. 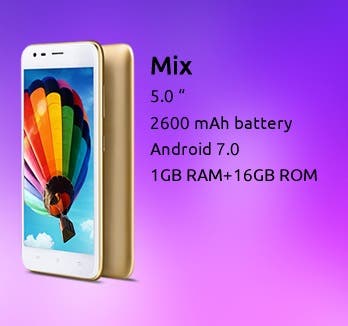 Next in line we got the Hafury Mix, a small 5-inch phone with a very modest hardware. We indeed find a Mediatek 6580 CPU and only 1GB of RAM, built-in memory will still be 16GB, though.

Also the Hafury Mix is equipped with a 13MP shooter on the back and a 5.0MP front-facing one (probably the same). The Mix is also poor in battery with a capacity just 2600mAh, meanwhile its OS will be the latest Android 7.0 Nougat, we expect this phone to be real cheap. 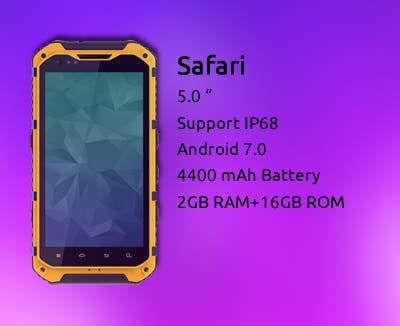 Last but not least, we have the Hafury Safari which is a rugged 5.0-inch phone. The hardware on this boy is pretty much the same as the Umax we saw at the beginning. Going from the MT6580 SoC to the 2GB of RAM and 16GB storage.

We also find the same 13MP and 5.0MP camera combo, the battery on this one is slightly smaller at 4400mAh, probably due to the space the bigger case (hopefully waterproof) needed.

As these phones show, Hafury is a new small company with an eye on the entry-level market. They want to produce good quality phones and sell them at very affordable prices.

The Hafury Umax, Mix and Safari will probably have very attractive prices and Hafury also claim to have a working after-sale service system in different regions of the world like: Europe, Africa and Asia. Thus ensuring their customers an easy way to solve their problems easily, not something you can say about many other low-budget brands.

To know more about Hafury and their upcoming products, check out their official website.