Yes, it’s another of these highly informative articles about Samsung’s upcoming flagship we all want to learn everything there’s to know about. So just today a new set of high-res images leaked showing the device (not sure if it’s the Galaxy S8 or the Galaxy S8+ model) in all of its glory. 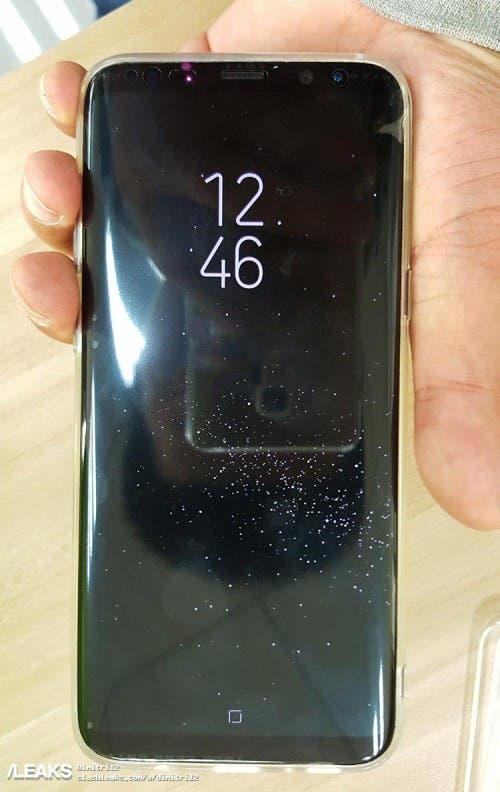 One of the images shows off the active display with the clock and some sort of of “starry night” background effect that surely adds to its character. The other images show all sides of device – along with a silicone case that surely would be better for us if it wasn’t there.

As we told you earlier there’s no way to be sure whether this is the 5.8-inch regular Galaxy S8 or its slightly bigger S8+ sibling but in any case, it’s the same thing in terms of design isn’t it? Just in case you missed it, we expect both phones to be officially unveiled on March 29.