Xiaomi is already among the top smartphone brands in India (volume wise), and keeping in mind the projected growth, the company has set up a second manufacturing plant in the country.

Xiaomi made the announcement alongside the launch of the Redmi 4A that they announced for the entry-level smartphone market in India.

The new manufacturing facility has been set up in the southern  Indian town of Sri City, in Andhra Pradesh. Jain added that the initiative helped create employment for more than 5,000 people. 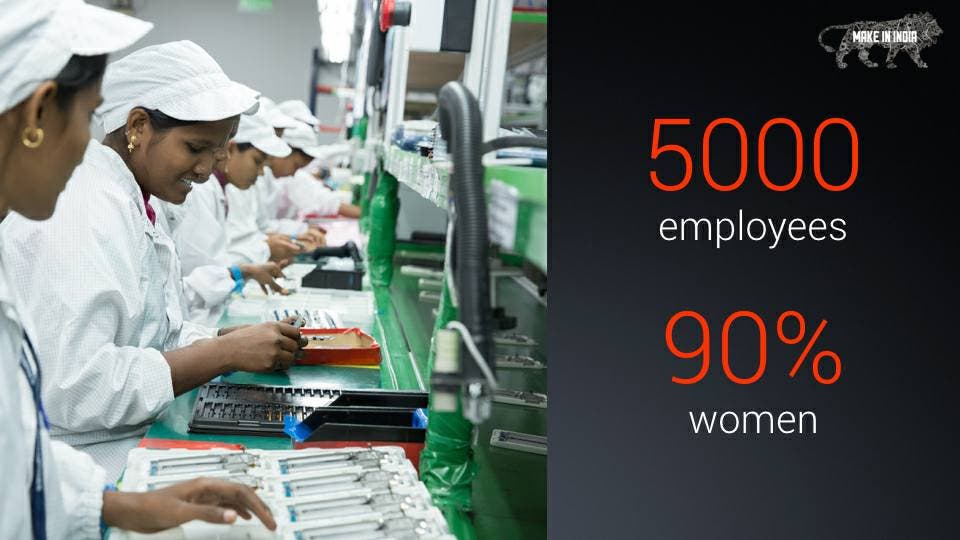 Here’s what Manu Jain said (if you don’t recall, Jain is now VP of Xiaomi — a position he took over after compatriot Hugo Barra left the company for Facebook).

Today we are reaffirming our commitment to #MakeInIndia program. I am happy to share that we have started our 2nd manufacturing plant in India.

With the new manufacturing plant going live, our combined production capacity in India is = One phone per second, during the operational hours of the factory. Moreover, 95+% of our phones sold in India are now made in India.

The plant is situated in Sri City, Andhra Pradesh, and has also helped create employment for more than 5,000 people from over 100 surrounding villages. More than 90% of the workforce employed are women.

We are truly excited to be playing a role in enhancing the quality of life for people in India and being a part of the fabric of the country.

I would like to thank our partner Foxconn, and thousands of employees for their incredible support in our India growth story.

The facility, as you read above, will have a production rate of one phone per second. Also shows how much of a demand Xiaomi have managed to create in India.