Vernee has released strong entry after strong entry into the phone market, but the latest Vernee Apollo was expensive for the specs. Enter the Vernee Apollo X, a high end phone with a relatively budget price. It seems that Vernee intends to contend with the Xiaomi Redmi Note 4, a tough fight to pick.

Where these phones start diverging is the battery capacity and the camera sensor; where the Apollo Lite featured the Samsung S5K3P3 sensor and a 3180mAh battery, the Apollo X has switched the Samsung sensor for the Sony IMX258 and a tidy 3500mAh battery as well.

Both phones are close in price also, with the Vernee Apollo Lite retailing for slightly less than the Apollo X. However, its biggest competition comes from the Xiaomi Redmi Note 4, as that is hailed as one of the best Helio X20 devices in the market.

Picking a fight with the big guys 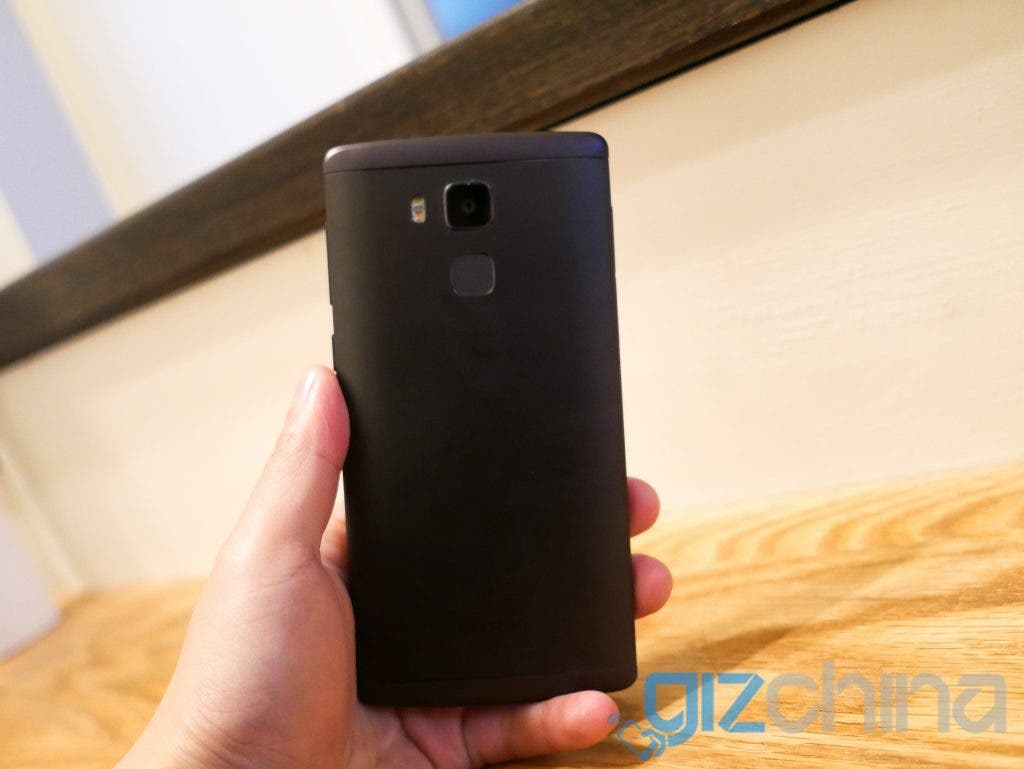 All manufacturers are going for the bezelless look, but Vernee seems content to continue with the design they’ve been utilizing for all their Apollo devices. It’s a sizeable phone, with generous bezels on the left and right and enough chin above and below the screen as well. the phone is surprisingly thick as well on paper, but not so in the hand. For a phone in 2017, it looks a little dated. 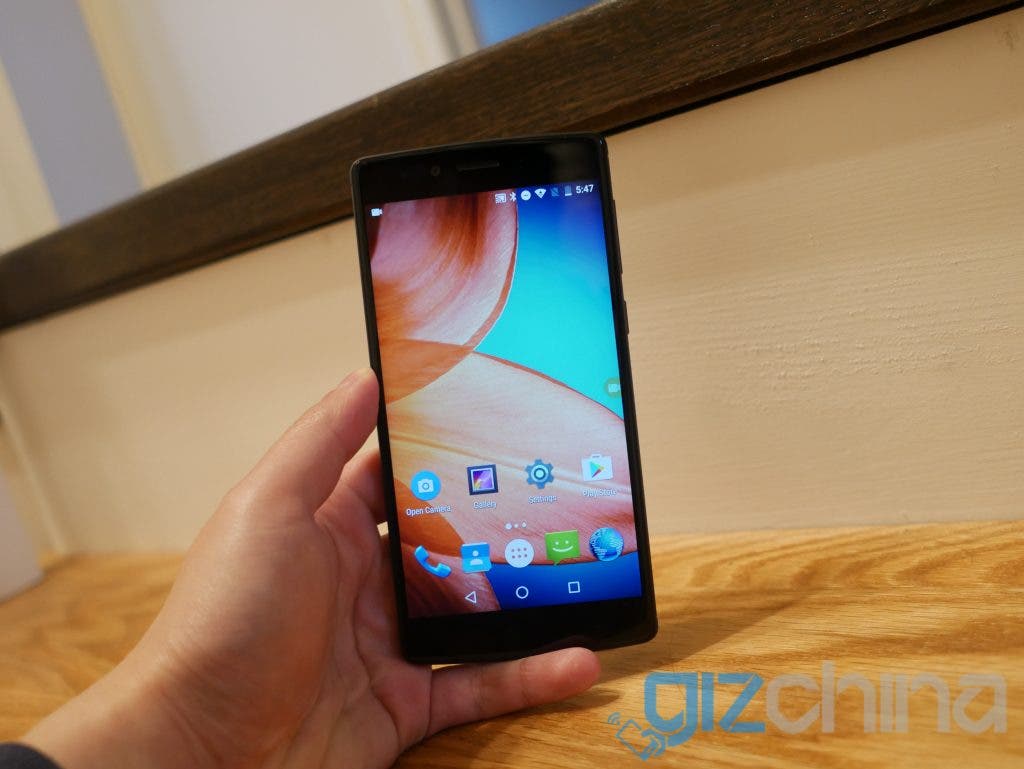 There are no capacitive buttons on the front, and flipping the phone around the body is made out of metal, but feels significantly less premium than the Vernee Apollo. This is by no means a knock against the Apollo X’s build quality, but even higher praise for the Apollo’s build.

There are no capacitive buttons on this phone and the fingerprint sensor is on the back. I’m glad to find a USB-C port on this phone as the other big battery phones I reviewed (except the P2 Lite) used MicroUSB ports. 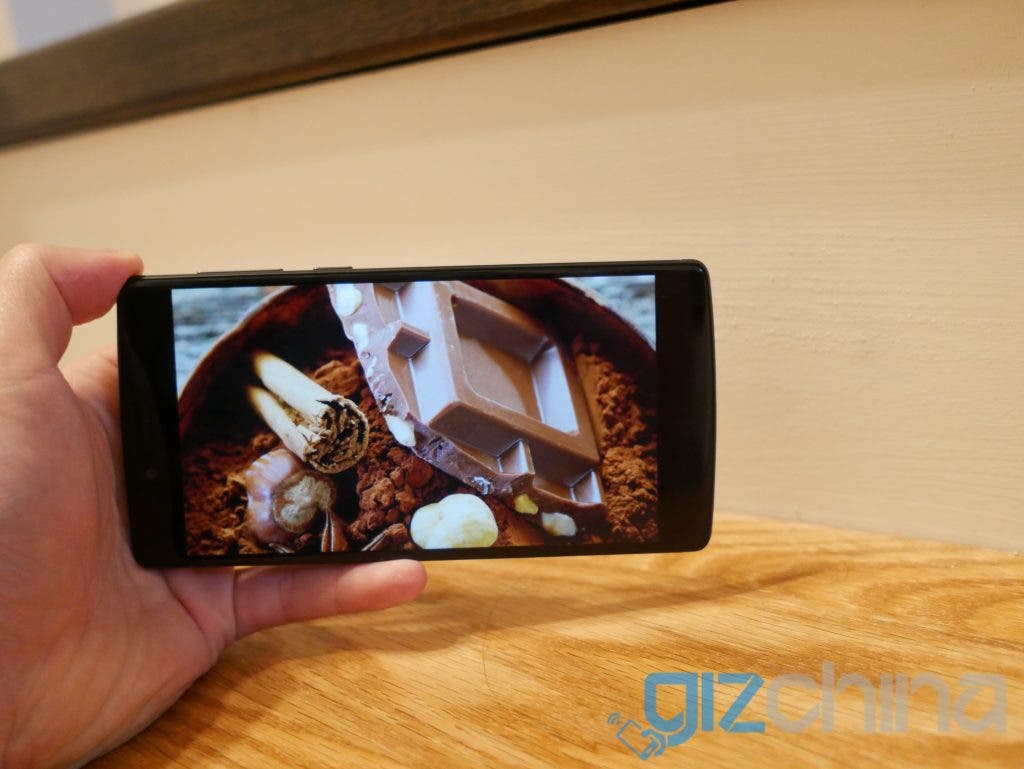 We have a 1080p IPS display that is quite run of the mill for this price range. It does do its job well, displaying good colours, saturation, and crispness. Max brightness tops out at around 450 nits which isn’t spectacular but will do the job just fine. It is also covered in Gorilla Glass so you don’t have to worry about scratches. 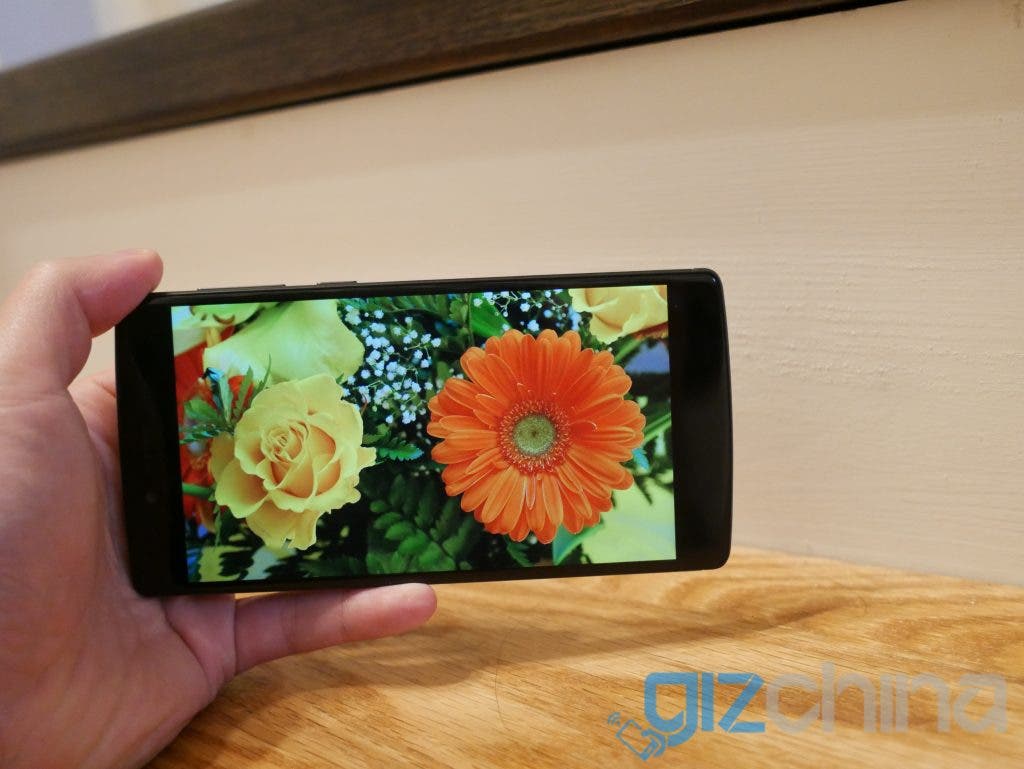 Audio quality here is average, with not too loud sound and average quality as well. it is useable for music and TV, but it won’t be a stellar experience.

There is a sizeable but not overly large 3500mAh battery in this phone that should power the Vernee Apollo X for at least a full day. I’m glad to report that battery life is good, I was barely able to eke out 6 hours of screen on time which is quite impressive.

However, do note that I had 3% battery left at the end of the day; compare that with other phones containing larger batteries like the Redmi Note 4, the Xiaomi can achieve that with up to 20% charge left. My use was a mix of items, web browsing, Reddit, and taking photos.

I did play a couple of light games here and there but nothing intense like a first person shooter. Light and medium users can get through a day with this phone no issue, heavy users in fact can probably make it through a whole day as well, you just don’t have a lot of buffer. 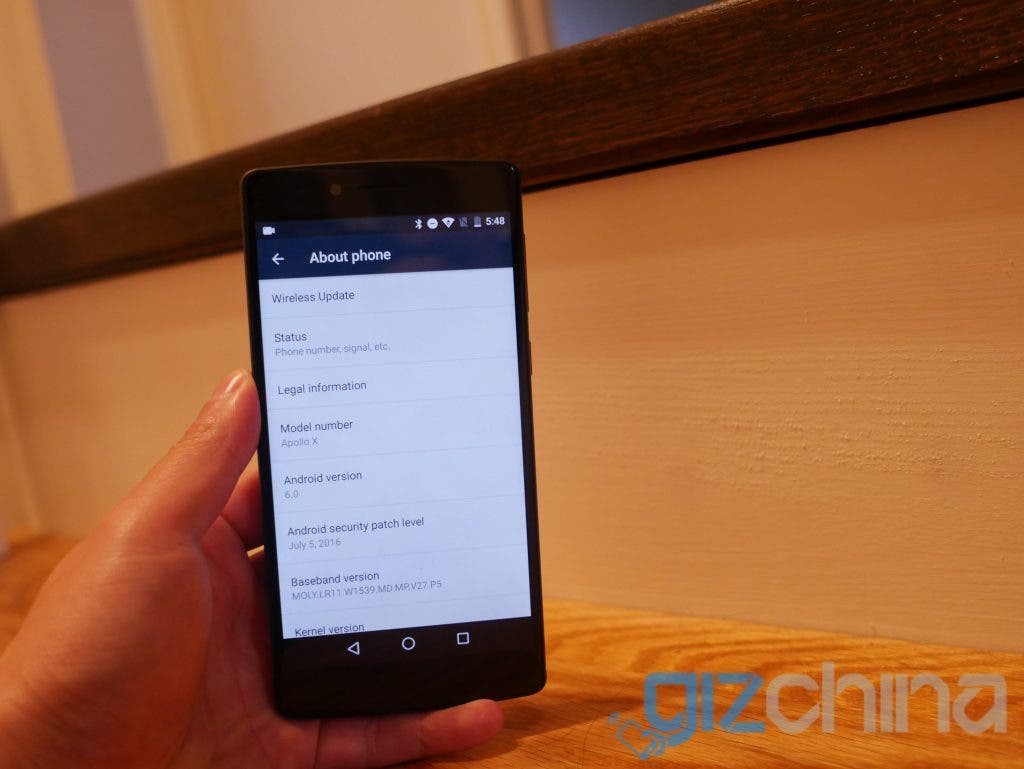 The Apollo X is the platform on which Vernee is launching their new operating system, VOS (Vernee OS). This consists of Android 6.0 Marshmallow as the base layer with Vernee’s proprietary OS on top. So I’m not sure if VOS is so close to stock that I cannot tell the difference or this phone is actually stock without VOS.

There is no reference to VOS on the phone either which is strange. Either way, the speed of this new operating system is good. It is just as fast as a fully stock Android phone with no slowdowns detected. I did see some very slight lag when scrolling through a few specific settings, but it disappeared once I went to different ones.

Multitasking performance is great as well, the Helio X20 and 4GB of RAM chew through apps like paper, cycling between multiple apps never presented an issue at all.

Gaming performance is also stellar here. The Helio X20 pushed good frame rates in the most intensive games without any problems, no complaints here. You won’t be disappointed with the performance here, the Helio X20 still holds its own very well in regular use. 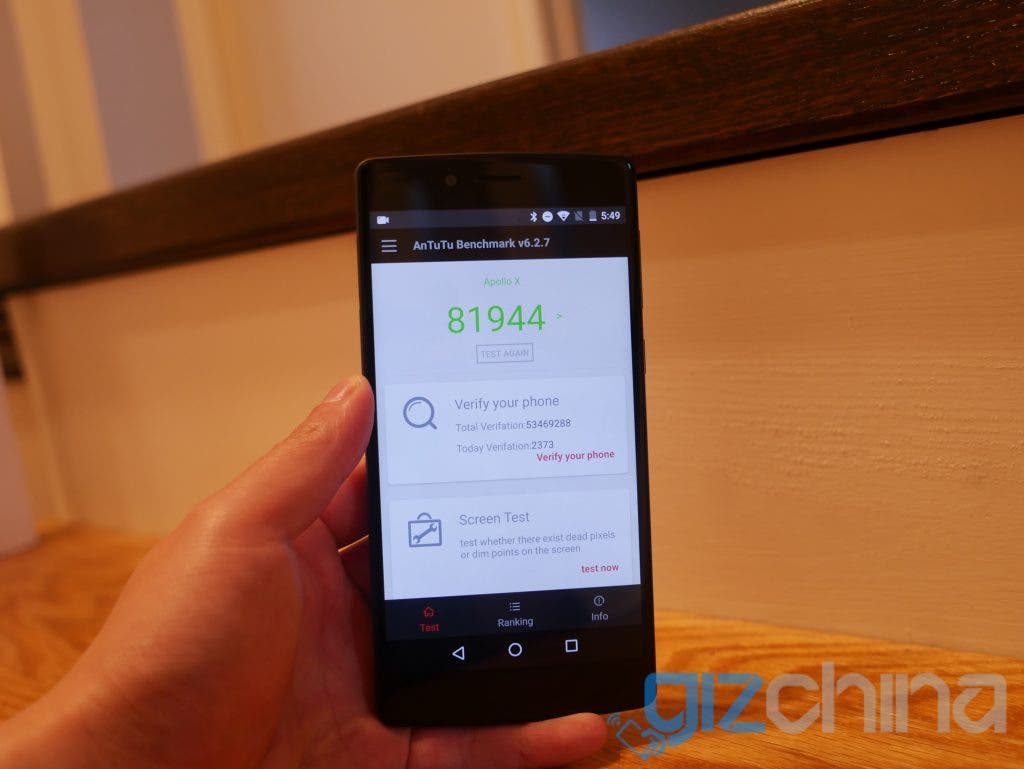 I was able to get some decent LTE speeds and WiFi speeds as well, I didn’t have any issues with connectivity here. I wasn’t able to connect to one of my Bluetooth wireless earbuds but a quick restart fixed that. No issues with GPS either, it does its job. The Vernee Apollo X uses the IMX258 sensor in the rear, the same sensor used in the Xiaomi Mi4c and the Xiaomi Redmi Note 4X. Problem is, photos still don’t look as good as those on the Redmi Note 4X. I’m pretty sure this comes down to software, so if Vernee could improve on that they could squeeze out more performance from the sensor.

In good lighting conditions the rear camera captures more than sufficient detail. Colours are relatively deep and saturated, photos look nice when you find yourself out in the sun. Low light performance is pretty bad, definitely worse than the aforementioned Xiaomi devices.

The front facing camera does fine but nothing special. 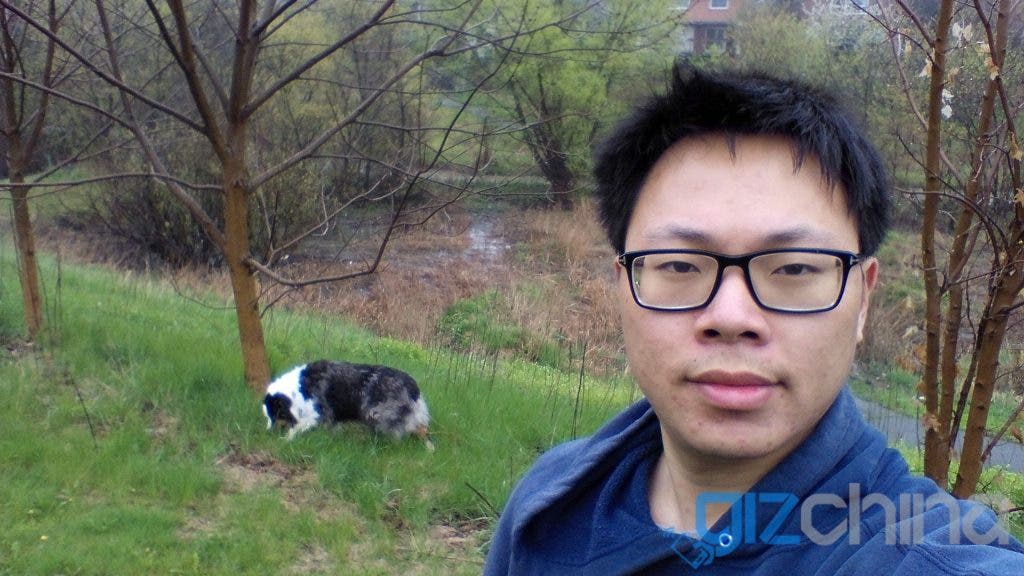 You should be able to film 4K video with this sensor and processor combination but for some reason I am not able to. I tried multiple camera apps to film 4K content but was only able to get a maximum of 1080p (anything higher defaults to 480p). I suspect Vernee has disabled 4K recording on this phone, the exact same thing that happened on the Vernee Apollo Lite, so hopefully this is able to be turned on with future updates.

To be honest, the Vernee Apollo X is the most well rounded Vernee phone I’ve reviewed so far, it’s got great build, a great screen, good performance, good battery, and a camera that can take good photos. However, it is also let down by average audio and an admittedly dated body.

If you asked me to pick between the Vernee Apollo Lite, Vernee Apollo, and this Apollo X, my pick would be this phone no question, the bigger battery seals the deal for me.

However, the MediaTek Redmi Note 4 features all the same specifications and a bigger battery at the same price, which makes this a tough sell. One reason you might purchase this over the Redmi is stock Android, although that would depend on personal preference. I personally would still pick the Redmi Note 4 over the Apollo X if they are the same price, but if the Apollo X is cheaper, then it just might be a hit.

Next First Look at the New Megawheels TW01s Hoverboard