The LeEco Le X920 has been the topic of discussion since a very long time. From leaks to rumors, there has been all kinds of news surrounding this device. The smartphone was expected to launch much earlier, but LeEco’s financial troubles are probably the reason for a delayed launch. The most recent sighting comes as a listing on Geekbench confirming some of the previous rumors. 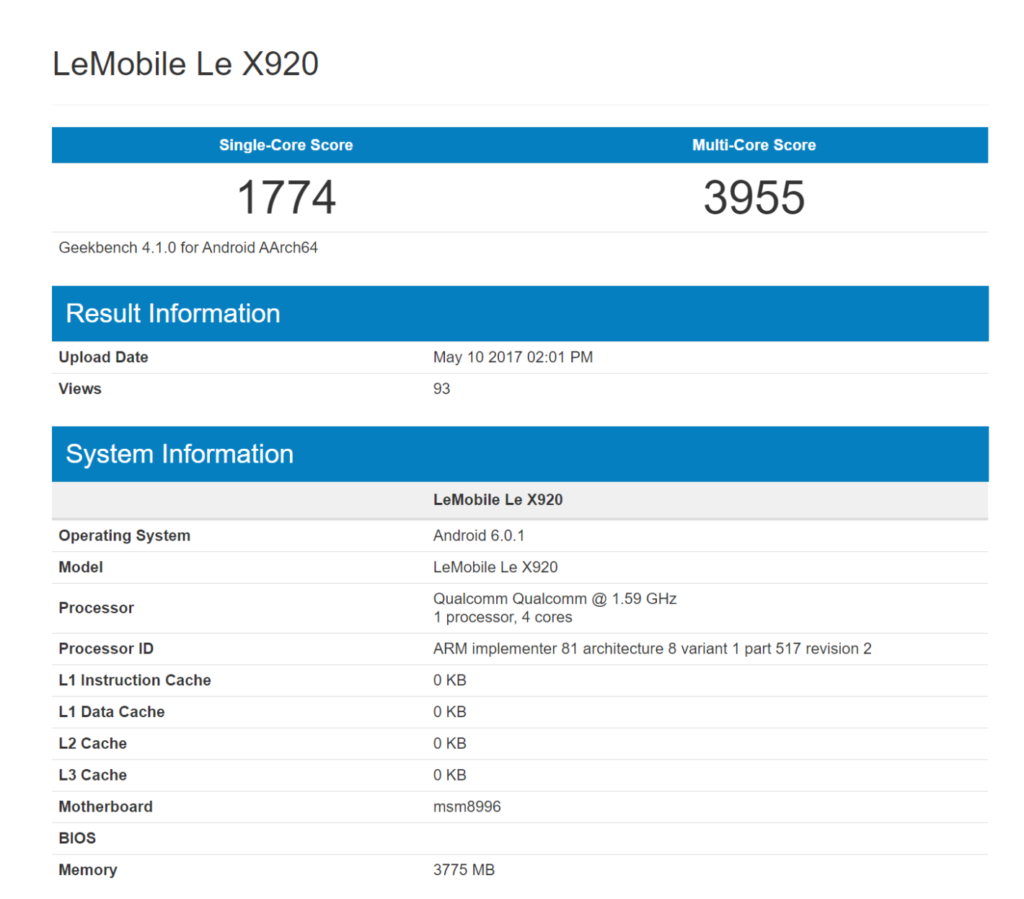 Appearing on Geekbench as “LeMobile Le X920”, the X920 is rumored to be the production unit name of the Le Max 3. The listing indicates the presence of MSM8996, short for Qualcomm’s Snapdragon 820. This listing confirms the very rumors that have been doing the rounds.

Coupled with the Snapdragon 820, is 4GB of RAM. The phone seems to be running an old version of Android, Marshmallow 6.0.1. It scores a decent 1774 points on the single core test and 3955 points on the multi core test.

Leaked images of the X920, which showed the complete specs of the phone, indicate presence of Android 6.0.1 with EUI 5.6 on top. The X920 is also rumored to have a massive 6.3 inch quad HD display and 64GB of internal storage. It is rumored that the camera on  the rear will be a 22.5-megapixel Sony IMX318 Exmor RS sensor and on the front, an 8MP shooter. A 3,700mAh battery is said to power the phone. It’ll probably have a USB Type C port, which might mean that the 3.5mm jack will no longer be a part of the smartphone.

The LeEco Le X920 is expected to launch in the coming months. Watch this space for more!