Since the advent of the Xiaomi Mi Mix, every Chinese phone maker is chasing the full-screen dream, even big names Oppo and Vivo.

Xiaomi’s Mi Mix phone was really one of the turning points for the Chinese phone industry. The device was the first Chinese phone to come with a bezel-less design and gained the smartphone maker huge amounts of praise.

Ever since the phone launched, we have seen other Chinese phone makers jump on the bezel-less bandwagon. Phones from Elephone, UMIDIGI, even Doogee have all been shown with similar Xiaomi Mi Mix design, and now Oppo and Vivo are rumoured to be on the case. 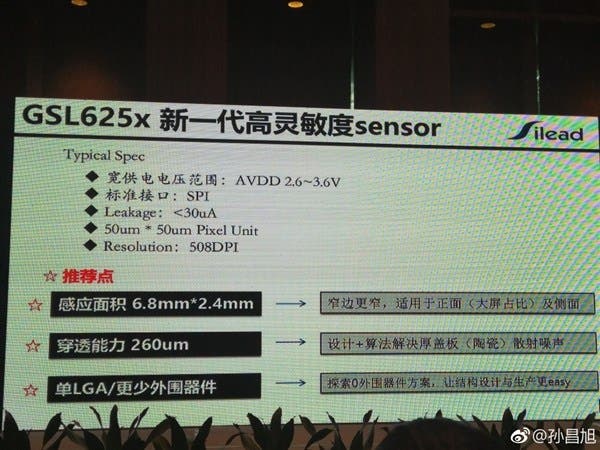 Apparently new Oppo and Vivo flagship devices will launch soon that have the fingerprint scanner located beneath their company logo on the chin of the handset. Apparently, both companies are working with Si Lin Microelectronics and will use the brands GSL625x sensor.

This sensor is one of the smallest fingerprint scanners on the market measuring only 6.8mm x 2.4mm with a resolution of 508DPI, small enough to fit on the chin of the latest Samsung phones.

Other than the rumour that the new Oppo and Vivo phones will have this ultra small fingerprint scanner we don’t know anything else about the upcoming phones, however it does seem extremely likely that they will launch in the next few months.

Next Asus X00KD shows up with dual rear cameras and more