Do you remember the Xiaomi “Jason” model that appeared a couple of days ago on GFXBench, boasting a set of impressive specs that could easily place it in the top tier mid-range category? Well according to rumors, this could be the new Xiaomi Mi 6X model we’ve been waiting for. 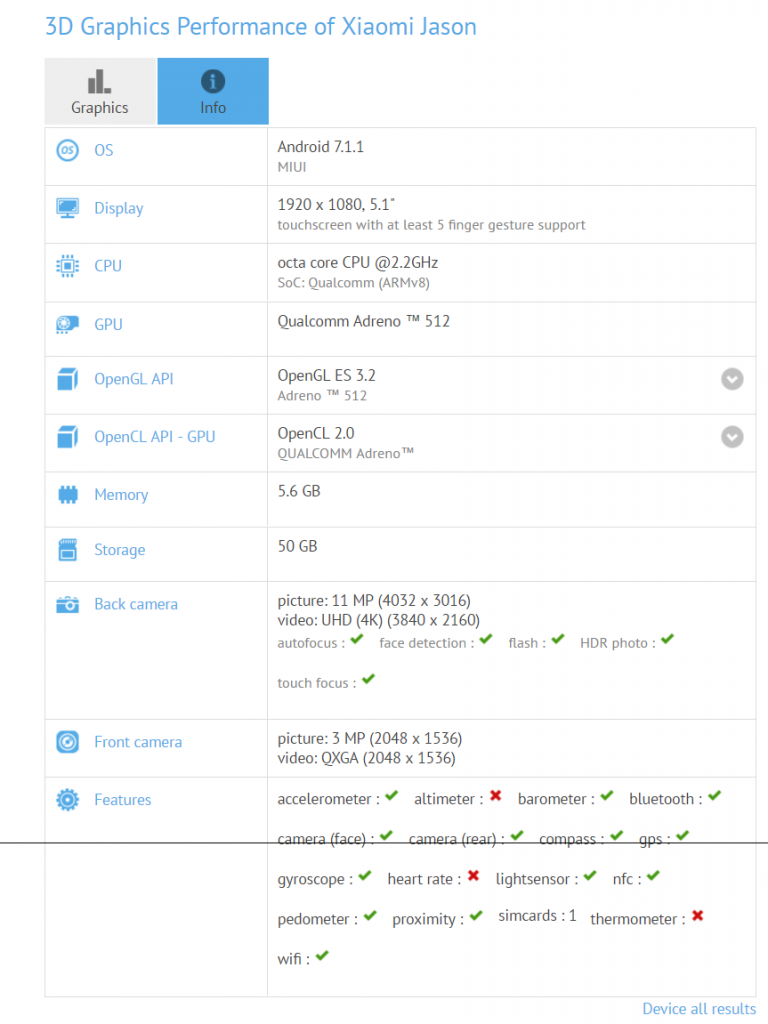 At first most of us thought that this “Jason” device could be a budget version of the Mi 6 model, but the appearance of the almighty Snapdragon 660 SoC inside let’s us have hope for something much more formidable. After all the most awaited Oppo R11 model is equipped with the same chipset and other manufacturers are already working hard to use it in their phones as well.

According to the rumors, the upcoming Xiaomi Mi 6X is expected to come with the aforementioned Snapdragon 660 SoC, a 12MP main camera, a 4MP selfie camera, 4GB of RAM, 64GB of internal storage and a price tag of approximately ¥1999 (~$295).

We can expect the Xiaomi Mi 6X model to be unveiled by the end of summer (August perhaps), but we should all take the above with a pinch of salt, until we have more concrete proof.

Previous Xiaomi Mi Band 3: could it be unveiled tomorrow by Huami?