According to rumors that appeared earlier today on Weico (International Edition of Weibo) by the leakster @IceUniverse, Samsung has already began working on its own GPU which would show up in its flagship phones this year or next, and it’s expected to be called S-GPU. 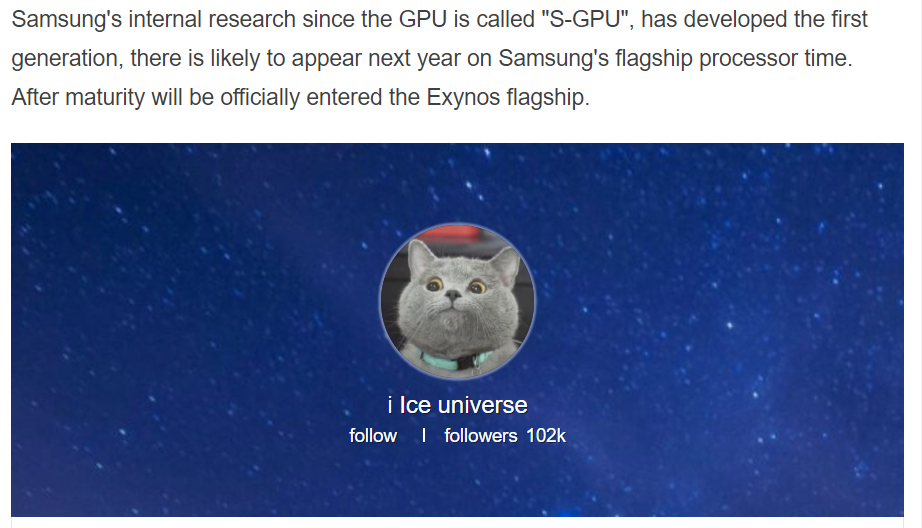 The Korean company already makes its own Exynos chipsets and uses them in the latest Galaxy S8 and Galaxy S8 Plus models. The latest Exynos 8895 SoC is made up of four 2nd gen custom CPU cores and four power efficient Cortex-A53 cores but the next gen Exynos SoC could use the new S-GPU according to the leakster.

Samsung is in talks with both NVIDIA and AMD in order to get the necessary license and build its own GPU, but we have no idea yet who are they going to work with. NVIDIA on one hand is one of the most renowned companies in the industry and already create GPU’s for its SHIELD Tablet and SHIELD TV. AMD on the other cooperates closely with Qualcomm and has already strong presence in the market with its Adreno GPU’s.

Let’s see what happens in the future…

Next Confirmed: the OnePlus 5 will be an iPhone 7 Plus clone after all

How Russian Technologies Will Survive Without Chips?