The rise in popularity of the newly founded Chinese company Geotel is quite easy to explain. They may not have a quite large portfolio of devices – yet – but each one of their models -within its price range- offers the best combination of good performance, interesting design and an affordable price tag, which – in some cases- could be considered as a bargain. 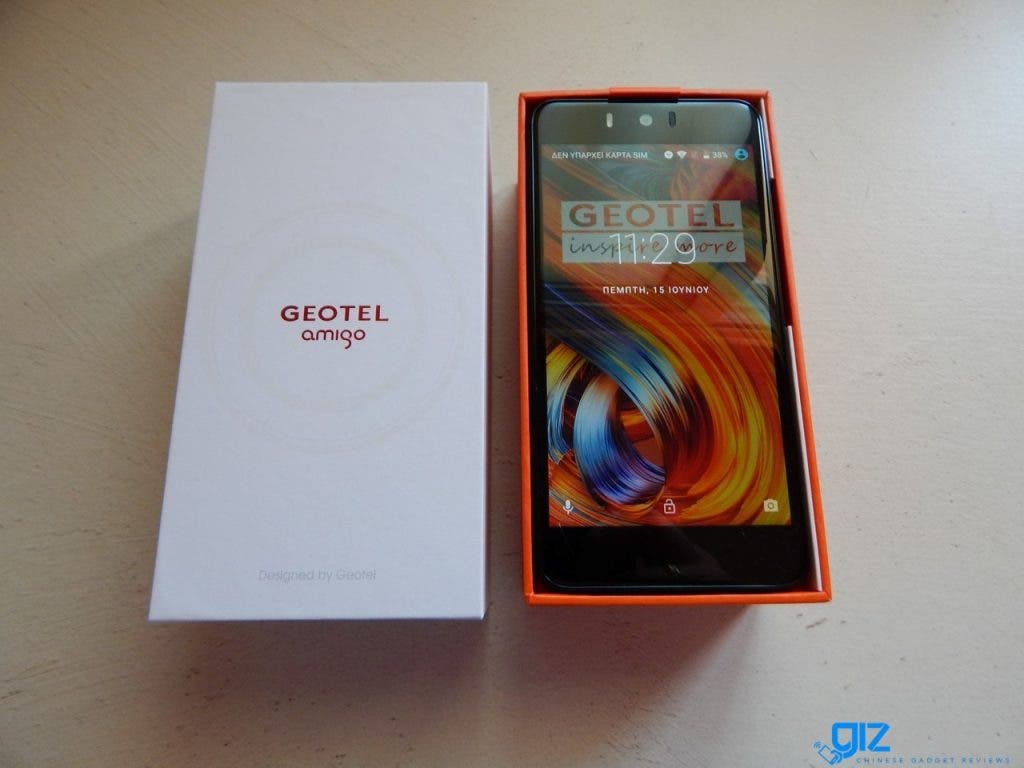 This is one of these “cases” as the Geotel Amigo will be available for just 99,99$ starting tomorrow until the 26th of June, offering impressive performance for the amount of dollars you’re gonna pay. The device is well built, has decent specs for the average user, offers an adequate camera and excellent software inside, along with very good battery times.

Its name (Amigo) means “friend” in Spanish and I can safely admit that it has become my “friendly” companion for all the days I used it as my main phone, leaving my OnePlus 3T aside to rest a bit. I enjoyed its 5.2 inch display, its extended usability and the pure Android UI, but surely the most attractive feature you’ll find on this device is its…

“Friendly” price for an impressive performance.

I guess one can say that Geotel has been influenced by OnePlus when designing the packing of the Amigo, as the whole thing looks like a clone of a budget OnePlus smartphone – which is not at all bad. After all I already own an OnePlus 3T and this seemed quite familiar. :p 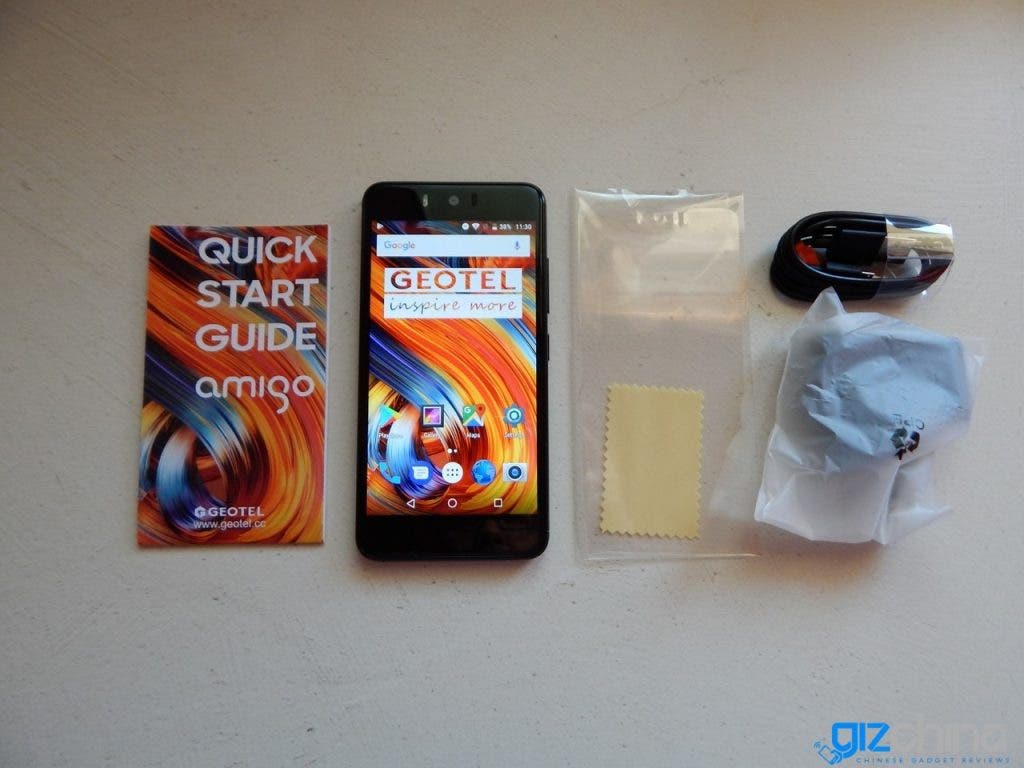 You won’t find anything disappointing inside the main package, just the usual stuff:

When it comes to the design, the phone is made entirely of metal with some plastic parts, showing impressive quality built for its price. It does not feel cheap at all and for the price you’ll pay, it’s surely a bargain to have a full metal body in your hands. The 5.2” display has only 720p resolution but honestly, this is one of the best HD panels I’ve seen on a budget phone. Even the sunlight legibility is decent. The colors of the display may be rather saturated, but the images are crisp, with good viewing angles and a fully responsive panel if I may add. All in all a decent display – especially for a smartphone on this price range. 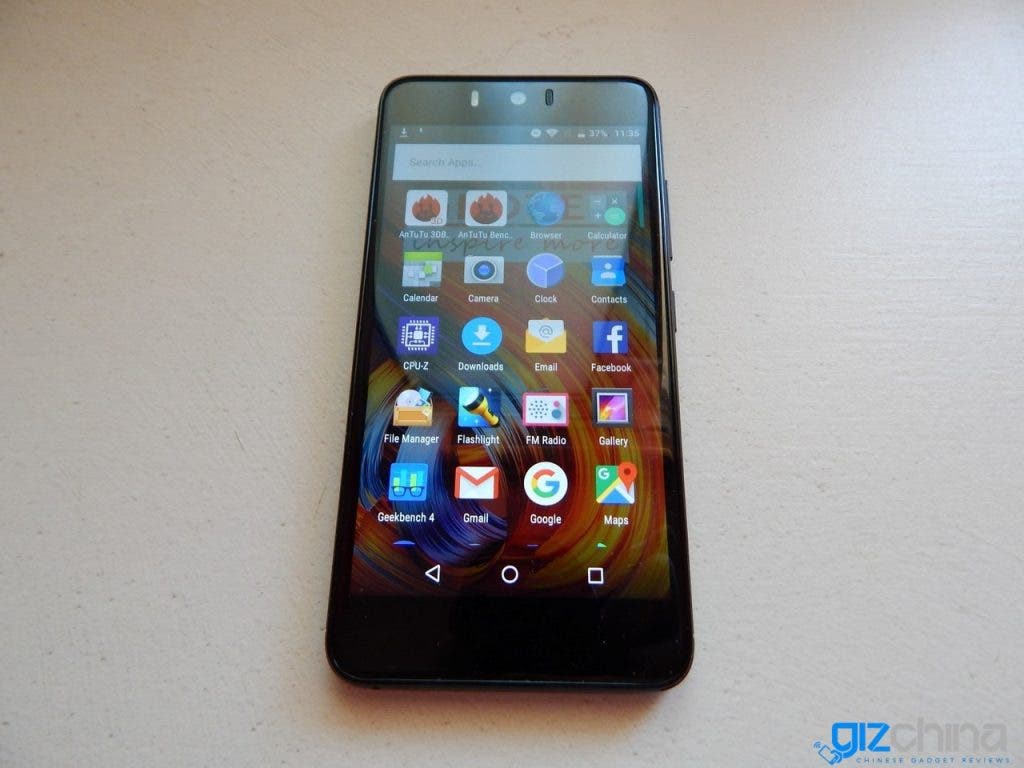 On the back side of the device you will also find a fingerprint sensor which proves to be rather fast. It can unlock the phone in less than 0.1 second with almost 97% success rate. It can basically store up to 5 different fingerprints and can recognize them all from 360 degrees, something that’s a standard nowadays. 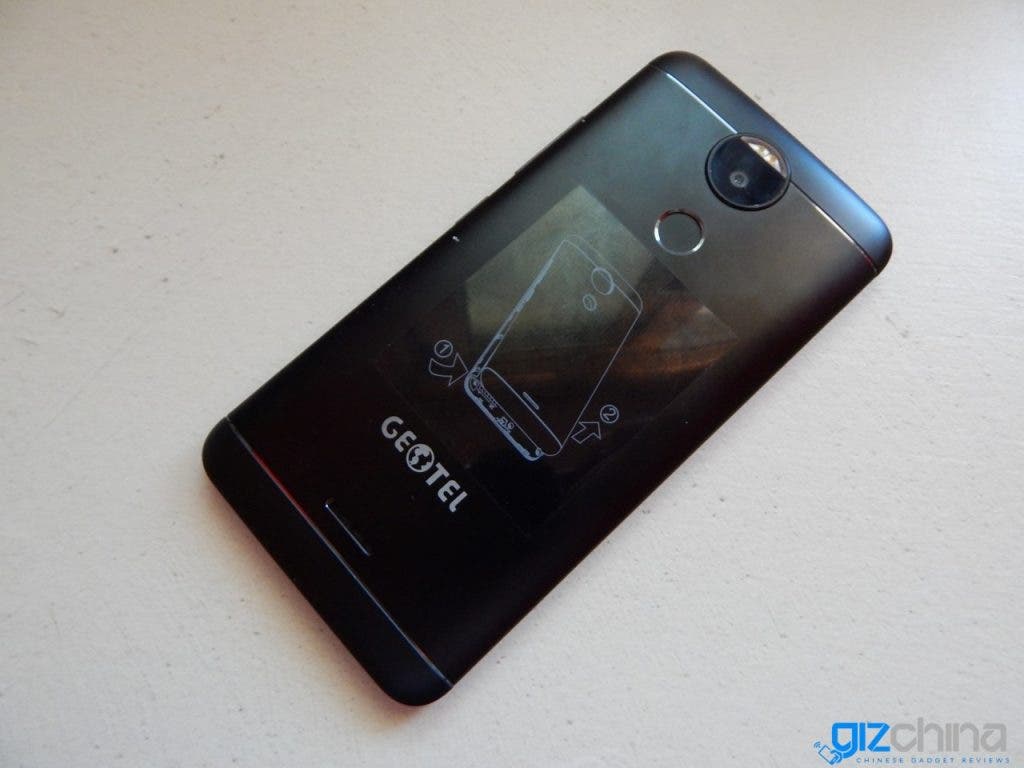 Just above display you’ll find a 5MP front-facing camera with wide angle view and decent images during the day, along with an ambient light sensor and a proximity sensor. 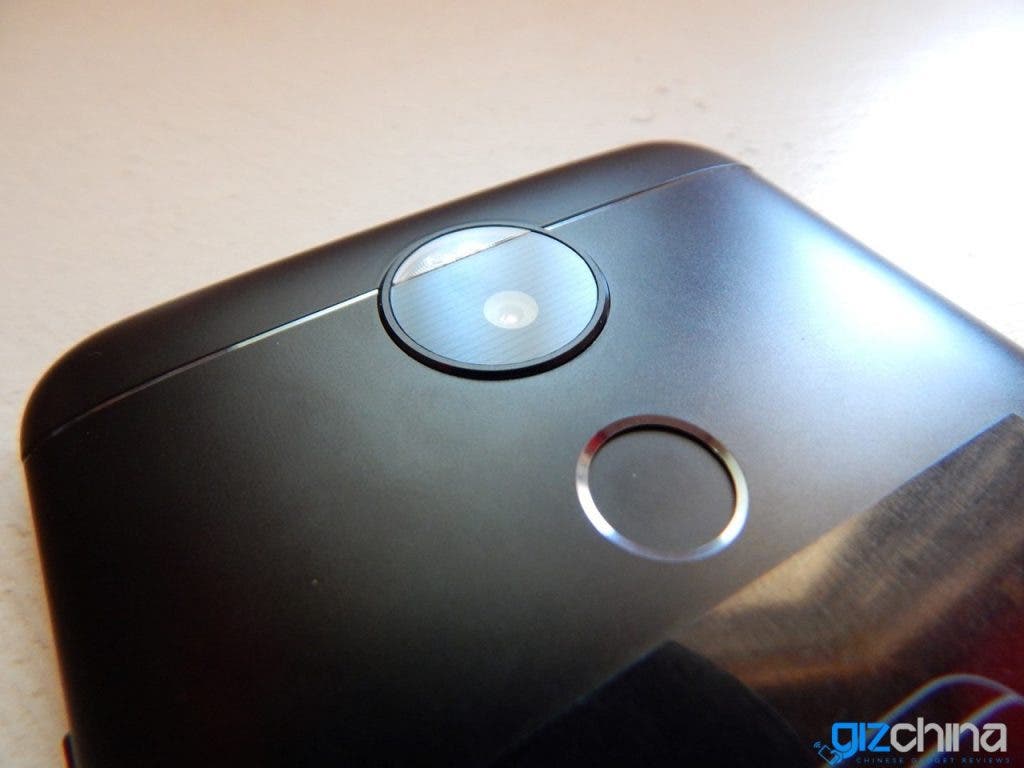 The backplate is matte and it looks great when it is clean. The device has a non-removable 3000 mAh battery inside, along with one SIM tray for two micro SIM cards and one microSD slot.  As for optics, we have a 13MP shooter along with a single LED flash. 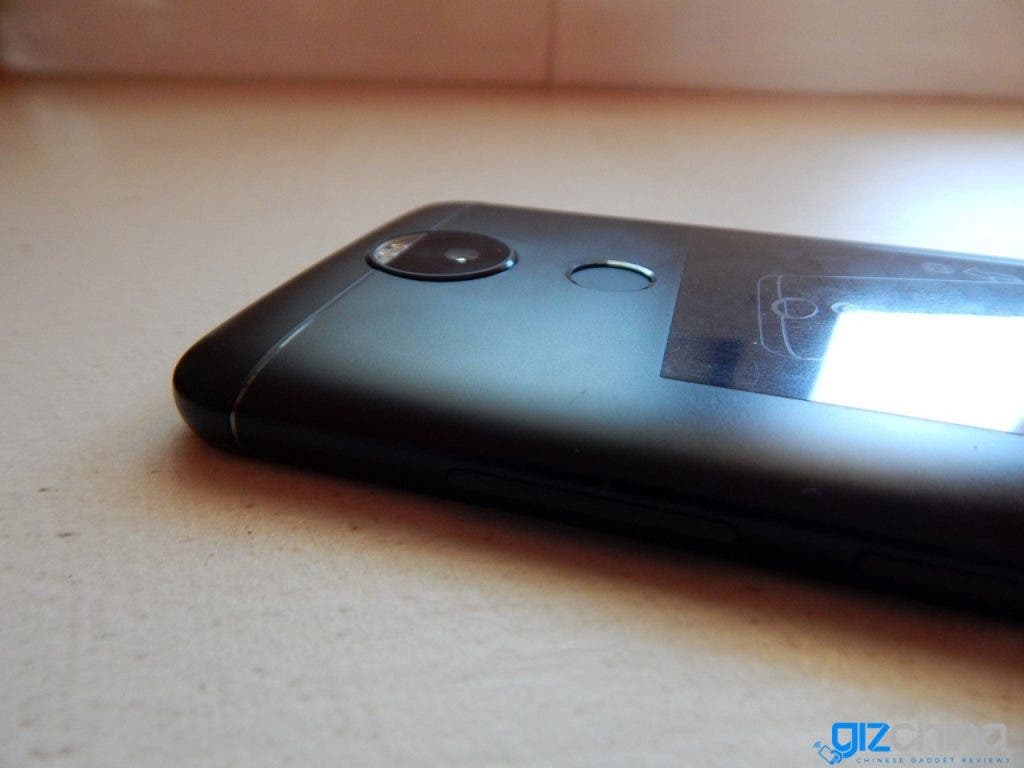 The buttons are made of metal (I think) too but they are clicky and tactile. As for loudspeaker, the quality is kind of average and the volume output could be better.

When it comes to hardware, the Geotel Amigo has some decent specs for its price. It’s powered by an 8-core MediaTek MTK6753 SoC clocked at 1.3GHz, along with 3GB RAM and 32GB of internal storage with a microSD card (thankfully). Thanks to a Mali T720 MP3 GPU the gaming performance is decent if you play games like Asphalt 8 on medium graphics. Still, you should expect some skipped frames but no significant lag.

It offers a rather decent user experience with good multi-tasking, enabling users to keep several applications open in the background with no significant impact on its everyday performance. To confirm our deductions, do have a look at the benchmark results of the device as they appear above, showing the Amigo scoring 37153 points in AnTuTu. 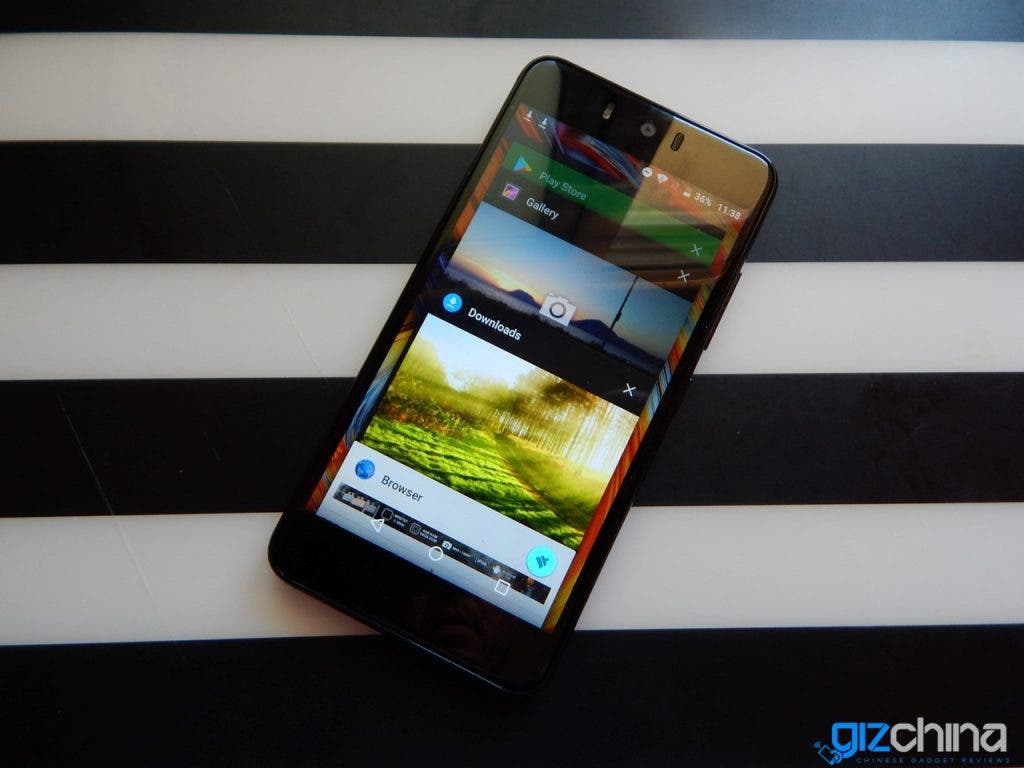 I didn’t have any issues with GPS related apps but it uses only a handful of the available satellites every time. It could be connected to more I guess, in order to offer even better results when scanning for our location. 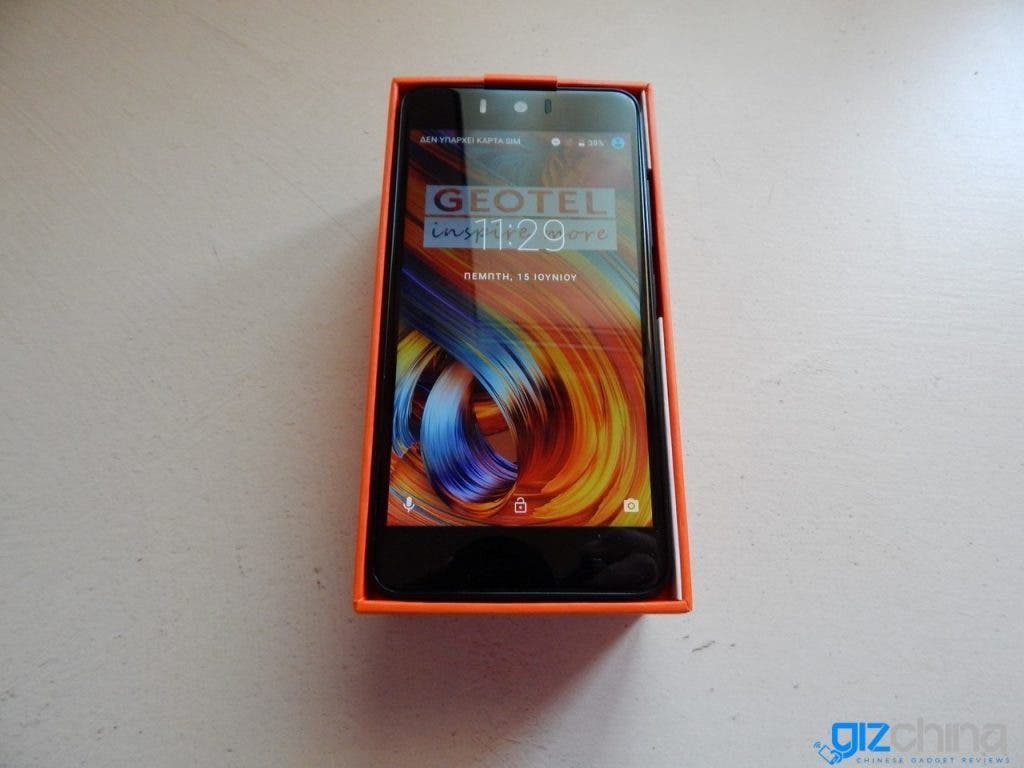 I guess you already know it, but I will say it one more time. The Geotel Amigo is a 4G/LTE smartphone with average performance when it comes to LTE networks, achieving average data speeds of 45-55Mbps that surely offer a decent feeling when you use it, along with decent performance in everyday use. It has good GSM/WCDMA/LTE signal reception with flawless handovers and no dropped calls – during my tests that is. 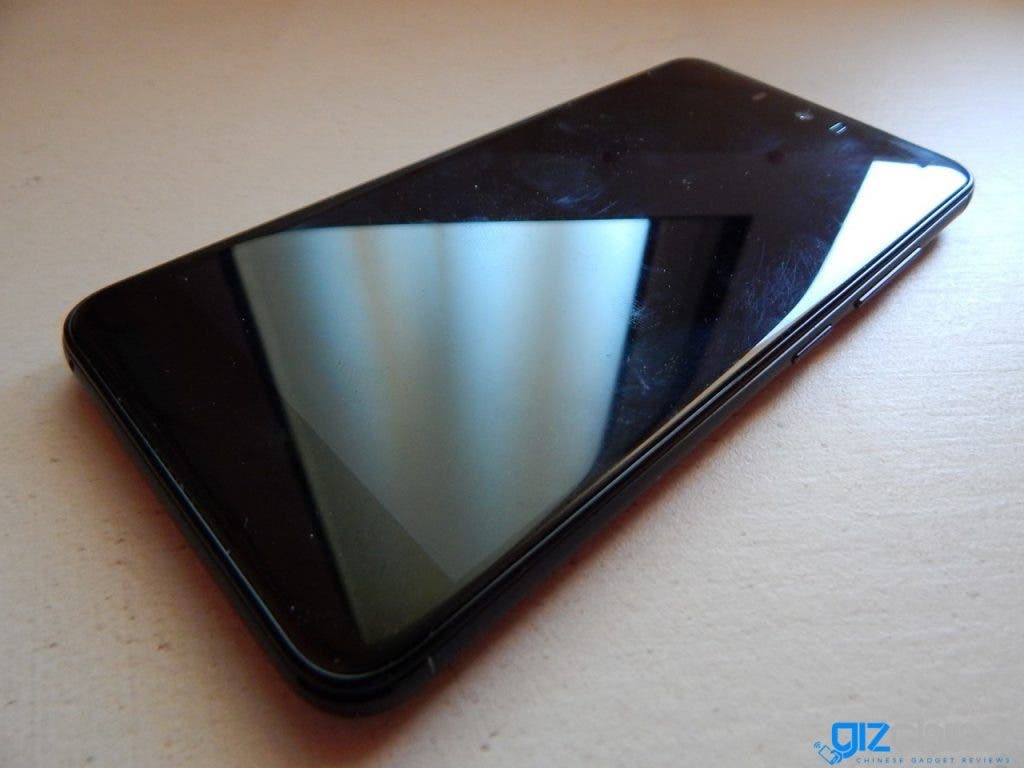 Our “friendly” smartphone from Geotel runs on Android 7.0 Nougat but we have no official confirmation on when (and if) the company plans to upgrade it to Android 7.1.1 or (one can hope) Android O. In any case, the Android 7.0 gives you more control on the smartphone and also lets you customize the phone just like any other Nougat based device.

There is no bloatware or other unnecessary apps inside, it supports all the classic Nougat features but the UI has been tampered a bit by Geotel and offers several gesture controls like SmartWake, Double Tap to Wake, Five Fingers Back, Three Fingers Screenshot etc. 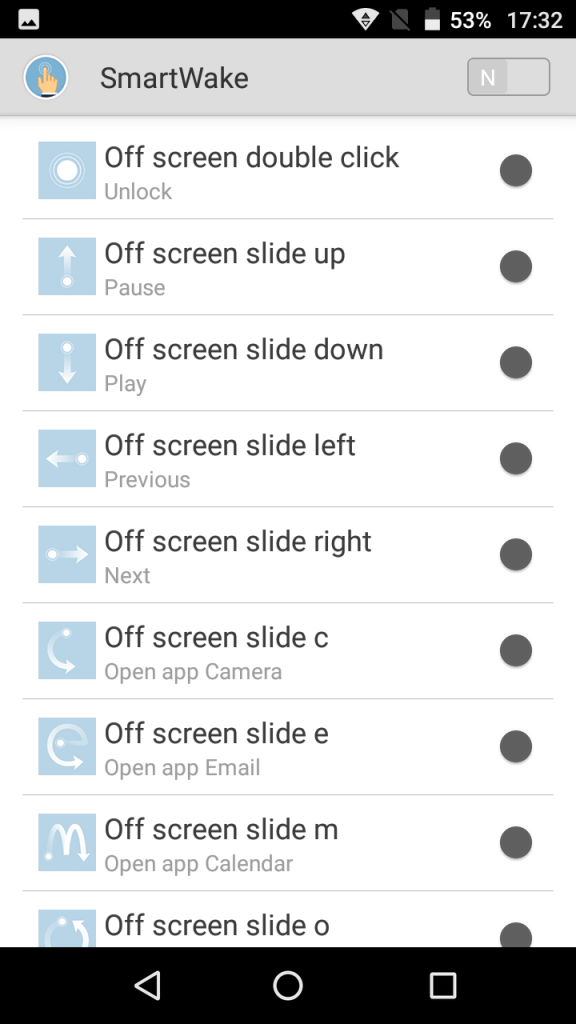 Thankfully there’s no theme support, so there’s no significant impact on the everyday performance of the device, and its available RAM is almost always between 1GB and 1.5GB after the first boot up. This means that it can offer decent everyday use for a novice Android user, as long as you don’t choose to put any extra pressure on it with severe multi-tasking, more than 8-9 apps opened simultaneously etc. It’s not a flagship guys, just a mid-range Android smartphone, don’t over-do it. 😉

I guess we all know by now that the Geotel Amigo comes with a 13.0-megapixel main camera along with a 5.0-megapixel camera and a LED flash with generally acceptable photos as you can see for yourselves. The camera software is typical of what you will see in most Chinese smartphones, with settings for exposure, ISO, white balance, image resolution, HDR, Panorama shots, video capture etc.

All of the above however are typical for this type of phones, and the final verdict is that using the Geotel Amigo you will be able to capture decent photos in daylight conditions but not that impressive photos during low light conditions.

The LED flash works OK in close ups, portraits or distances up to 1 meter but it won’t do you any good if your subject is a bit further. Have a look at our photo samples below: 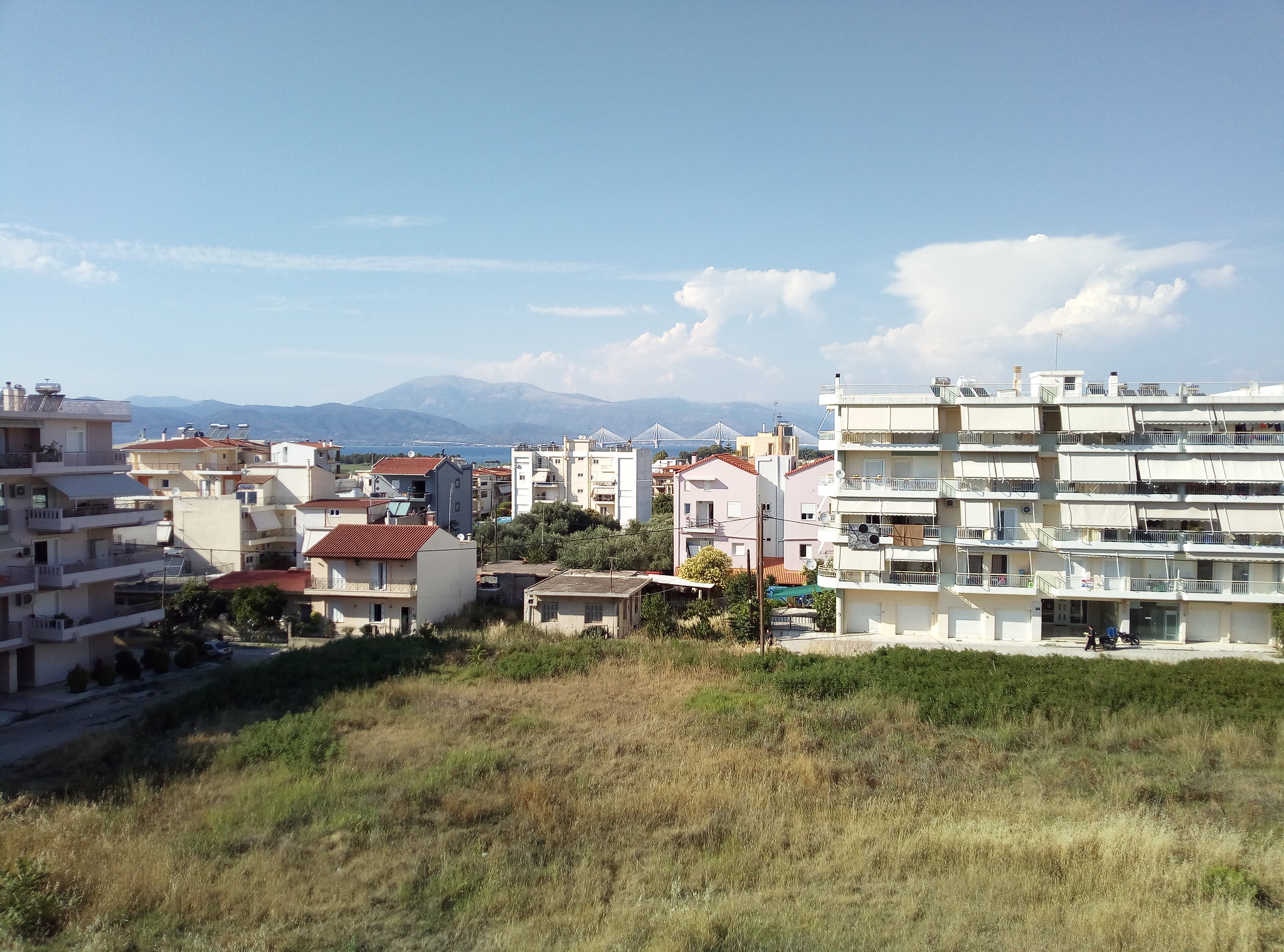 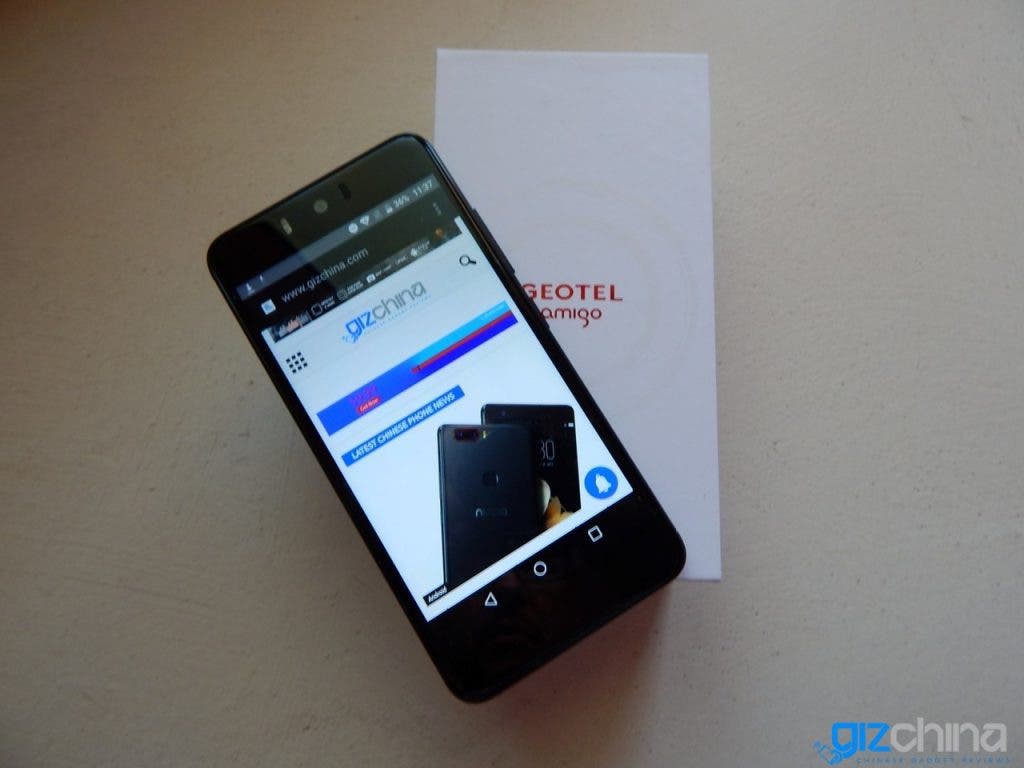 The Geotel Amigo is equipped with a relatively average 3000mAh battery but numbers don’t mean anything in this situation. The device comes with an energy efficient processor and -in general- it performs well providing a full day’s usage with no problems and perhaps a bit more if you are able to be gentle with it.

All in all we have a winner here, a mid-range smartphone with decent standby times if you’re an average user (6 hours of active screen) but the fact that it doesn’t support some type of quick charging is a bit disappointing. On the other hand it costs just 99,99$ (limited time offer) so I guess it’s something we can live without 🙂 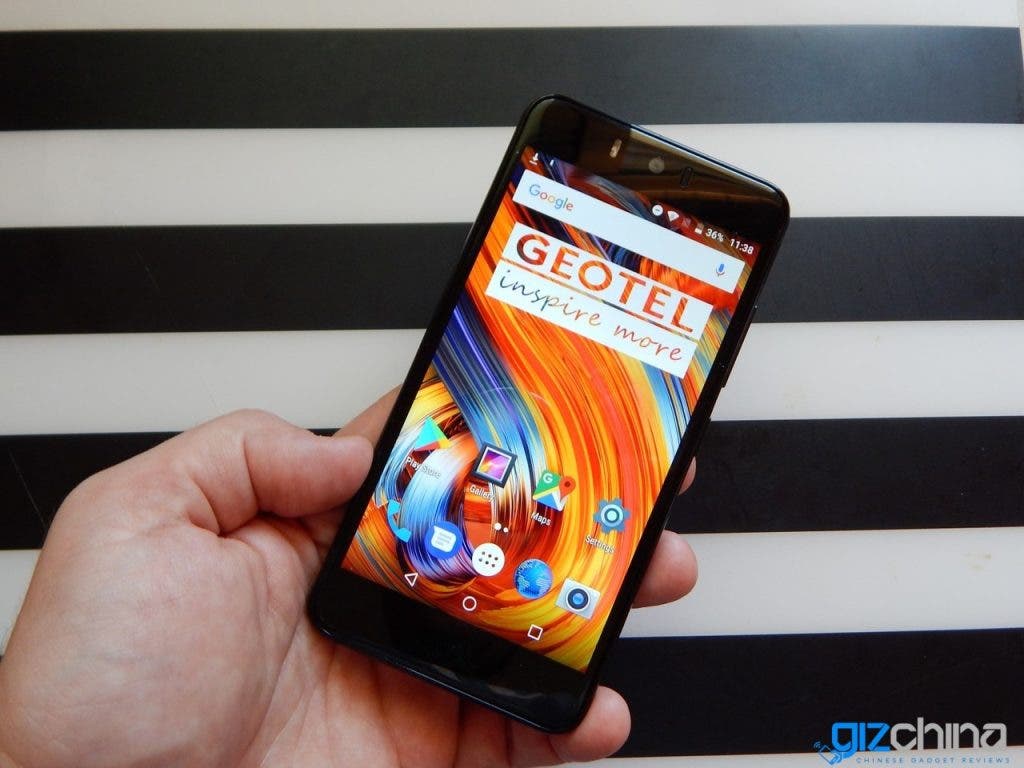 We have something good here guys. Its current price is excellent for a smartphone with 3GB of RAM, a quite powerful Mediatek SoC, 32GB of storage, a 5.2 inch HD display and Android 7.0 Nougat with a… decent camera.

I enjoyed the vanilla UI of the device, the smooth performance in everyday use and its impressive build quality. At the time this review is being written, the Geotel Amigo costs just 99,99$ (limited time offer) and I think that it can be a good option worth your while, so if you’re in the market for such a smartphone I believe it’s a good alternative.

The Geotel Amigo will be available at the price of 99,99$ starting tomorrow June 19, until the 26th of the same month. After the end of this limited time offer its price will return to normal at 139,99$.

You can find more information on the Geotel Amigo if you visit its official page.

Next ZTE Blade A6 gets WFA certification, launch is imminent