A new smartphone from ZTE appeared on a WFA (WiFi Alliance) listing hinting at an imminent launch. It’s called ZTE Blade A6 and it should be aimed towards low-mid range users who want something affordable yet productive enough. 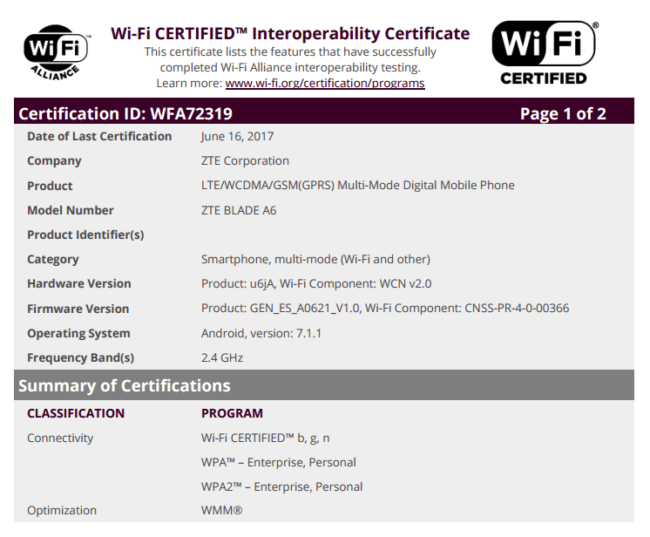 According to the WFA listing the device runs on Android 7.1.1 Nougat, it packs 2.4GHz WiFi module and offers full connectivity support GSM/WCDMA/LTE. We don’t have any more info on the device, however, given that the phone has started collecting necessary certifications, we expect to hear more about it sooner than later.

Next OnePlus 5 appears on Indian commercial