The most awaited Moto Z2 smartphone appeared earlier on the GFXBench website, confirming basically its imminent launch in the coming weeks. 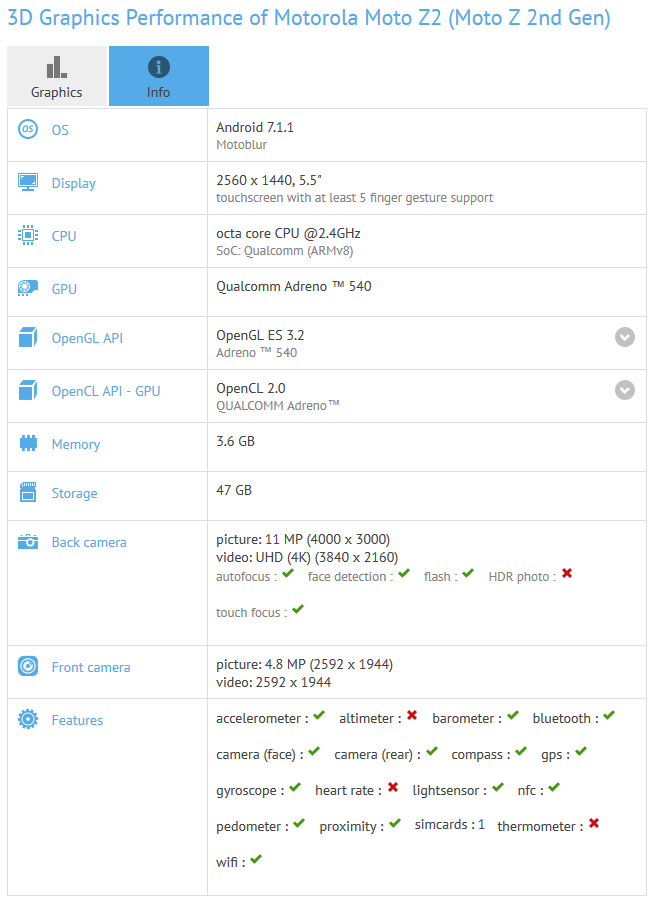 According to its listing the purported – super slim – smartphone is expected to offer impressive specifications, surely flagship worthy. It is expected to pack a 5,5 inch QHD display with impressive looks and it will be equipped with Qualcomm’s latest Snapdragon 835 SoC for awesome performance featuring an octa-core 2.4GHz CPU and the Adreno 540 GPU.

The device will offer 4GB of RAM, 64GB of native storage and although rumors said that it would be equipped with a dual camera setup on its back, the GFXBench listing mentions a single 12MP snapper at the back of the Moto Z2, with a 5MP front-facing selfie snapper.

It seems that we will be seeing this impressive smartphone really soon, as the company plans to hold an event on June 30 – who knows? – perhaps for this specific flagship. Don’t you worry, we will be right here to let you know what happens 😉