Welcome back to the top 5 list for the warm — at least here in the Northern Hemisphere — month of July. In this article we’ll find some evergreen devices which have kept their spot on the list and few new ones to give you guys some alternative options. Let’s head into in, shall we? 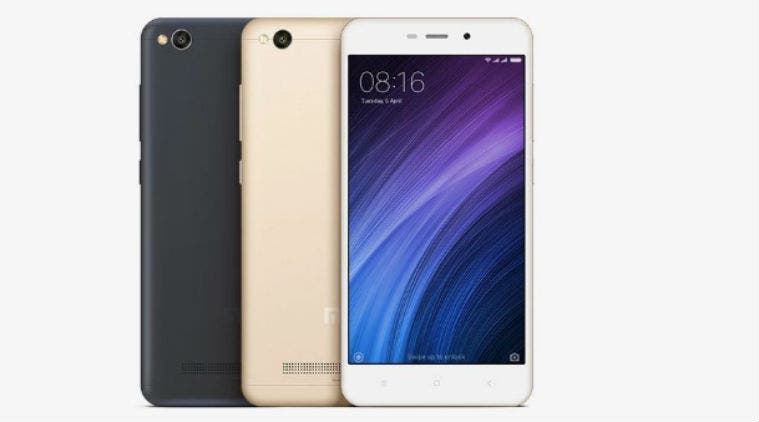 The Xiaomi Redmi 4A Pro makes it on the list for the third time in a row. The Xiaomi budget-oriented handset is simply one of the best devices you can get under $100, both on the hardware and software side of things.

The Redmi 4A Pro features a 5-inch HD IPS display and is powered by the efficient Qualcomm Snapdragon 425 clocked at 1.4Ghz, paired up with 2GB of RAM and 32GB of internal storage. Xiaomi’s phone comes with a good sized 3120mAh capacity battery, it runs MIUI V8 based on Android Marshmallow and it’s available in a Global LTE version which includes band 20.

The only downside of the Xiaomi Redmi 4A Pro is the lack of a fingerprint scanner.

The LEAGOO M5 Edge is mostly on this list because of its looks, let’s be honest. The internal hardware is mediocre with a MediaTek MT6737, 2GB of RAM and 16GB of internal storage; but on the outside, it’s another story.

LEAGOO’s latest handset indeed comes with a 5-inch display surrounded by 1.5mm thin side bezels. The display uses On-cell technology to improve visibility and response times, it’s also covered in a thicker than usual 2.5D glass to give it a more premium look. The same look extends to the 3D curved metal back cover created through advanced CNC machining and enhanced sandblasting.

The LEAGOO M5 Edge is also equipped with a relatively high res 13MP camera (for a phone that costs around $79) with F/2.0 aperture to capture better than average night time photos. The phone supports 4G LTE networks, with band 20 being among them. 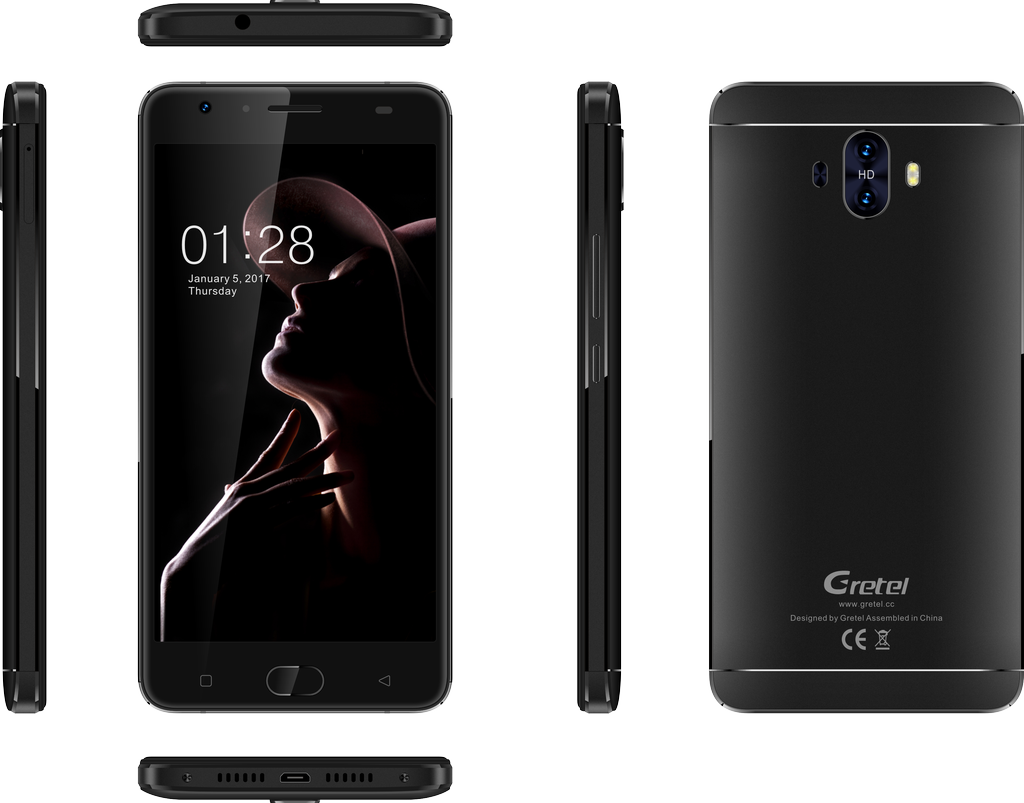 The Gretel GT6000 is also back from last month as the best running battery-phone under $100. The 6000mAh battery-equipped handset runs quite good hardware for the price, going from the MediaTek MT6737 processor to 2GB of RAM and 16GB of internal storage.

After listening to yours past suggestions we’ve decided to add a couple smartphone that wouldn’t normally make it on the list by few bucks. The first of these is the Xiaomi Redmi 4X (in the 3GB/32GB version) which can be found at around $119, but is definitely worth the extra.

The Xiaomi Redmi 4X comes with a Qualcomm Snapdragon 435, 3GB of RAM and 32GB of internal storage (expandable). The phone sports a 5-inch HD display encased in a full metal body with a fingerprint scanner on the back and a big 4100mAh capacity battery under the roof.

Camera wise, we find a 13MP rear camera with F/2.0 aperture and a 5MP selfie snapper on the front. The Redmi 4X — in the Global variant — supports band 20 on 4G LTE among lots of other networks. 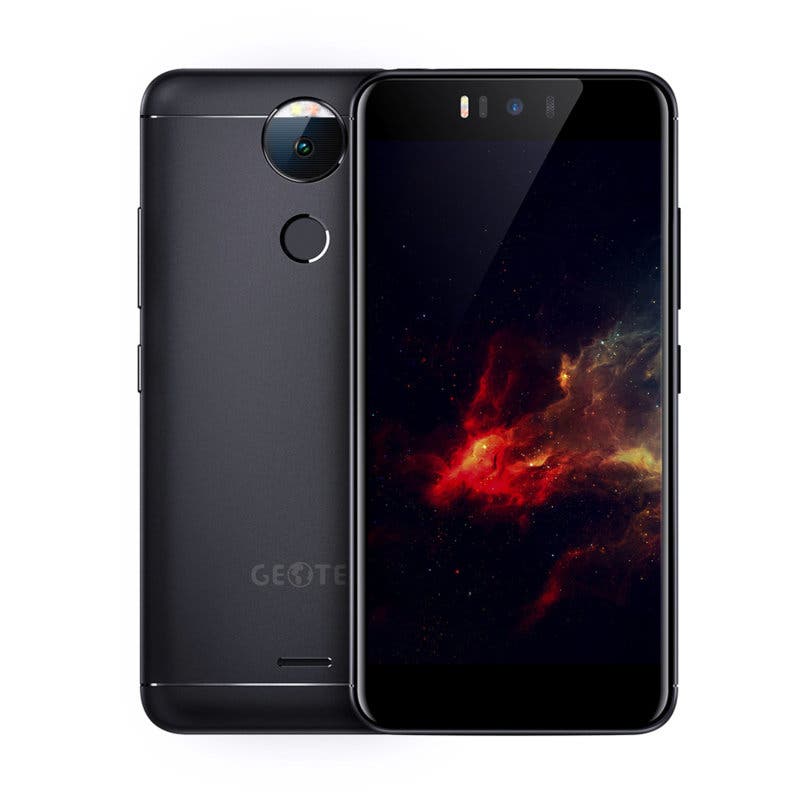 Since we made an exception for the Xiaomi Redmi 4X, we decided to do the same for the Geotel Amigo which is listed at about $109. The handset features excellent hardware for the price, starting with a relatively powerful MediaTek MT6753 processor clocked at 1.5Ghz, 3GB of RAM and 32GB of internal storage (expandable).

Top 5 Chinese Smartphones for Under $100  – Conclusion 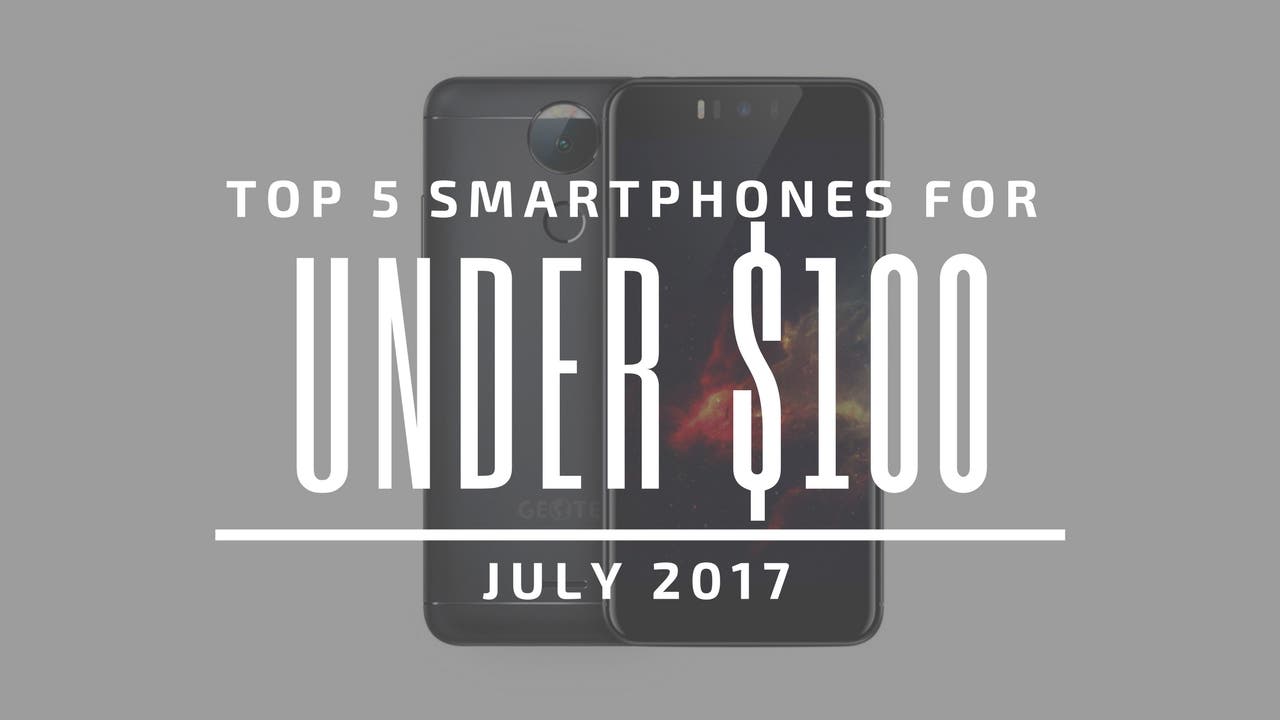 This is it for the month of July, we seriously hope you find your next budget smartphone on this list. If you didn’t or you would have liked to see other devices on the list, please drop a comment below to let us and other GizChina readers know!