Just a few days before its official unveiling (scheduled for the 11th of July), the LG Q6 (a.k.a LG G6 mini) appeared on Geekbench for the necessary benchmarking procedure and revealed some of its technical specifications. 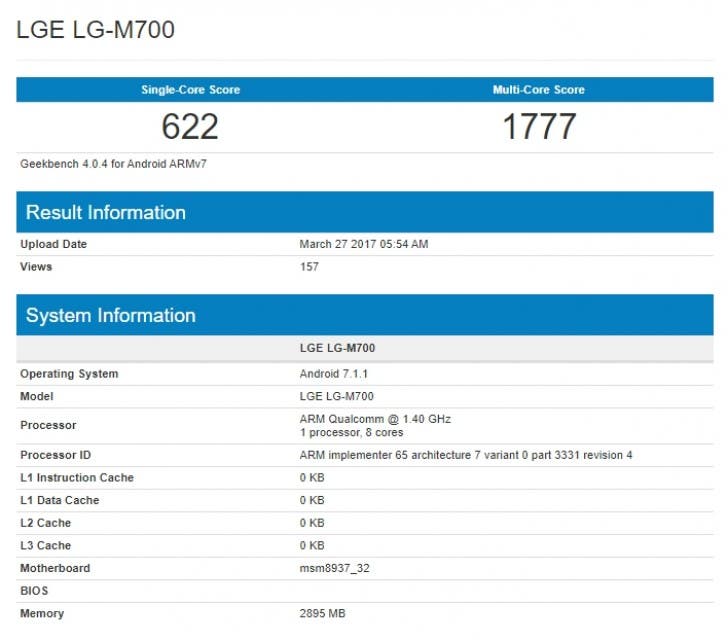 The device appeared with model number LGE LG-M700 and managed to get a single core result of 622 and a multi-core score of 1777 points, which is… acceptable for a mid-range smartphone I guess. According to the listing, the upcoming model will be equipped with a Snapdragon 430 chipset on with its eight-core CPU, clocked at 1.4 GHz. The LG Q6 has 3 GB RAM and runs on Android Nougat 7.1.1 and it is expected to pack a 5.4 inch display – no one knows however if it will be a Full Vision one, with 18:9 ratio just like the original flagship (LG G6) has.

Next Huawei trademarked the P20 moniker, prepares for the successor