It seems that the Honor brand is doing great year after year and the latest Honor 9 model is perhaps the best of the Chinese company’s portfolio. This was confirmed yesterday when Honor’s President of its Business unit revealed via a Weibo video post that the company has been able to sell up to 1 million units of the flagship model in less than a month! 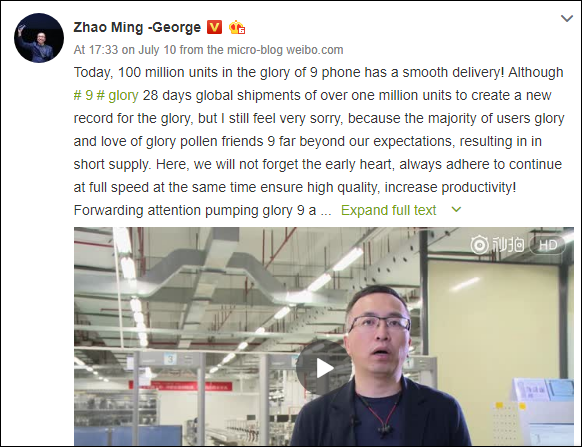 According to the statement, the Honor 9 shipments surpassed 1 million units in just 28 days and the President of the company mentioned that they plan to increase productivity while sticking to the high quality the brand is known for. Note however that this number is only for the Honor 9 shipments in China and does not include the sales in Europe which are also thriving.

Next Video : Standard of testing for the new Bluboo S1