Huawei P10 and Honor 9, the former top of the two Chinese brands, are starting to receive a new update to EMUI 9.0.1, based on Android 9 Pie, starting from China.

The software update in question includes a series of improvements and optimizations for the two smartphones. First of all, in light of the changelog, the new EMUI 9.0.1 update implements support for VoLTE on the China Telecom network for both Huawei P10 and Honor 9.

Secondly, some new features added and a series of fixes are listed. Together with the EMUI 9.0.1, Honor 9 is enhanced by the full-screen navigation gesture, which will allow users to make the most of the entire display. 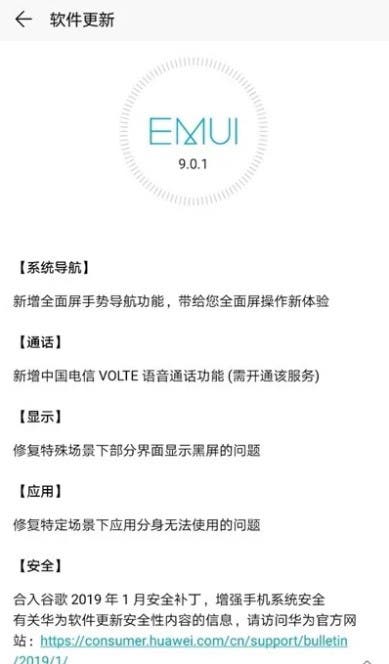 Huawei P10 and Honor 9 were the flagship smartphones of the two brands for 2017. The two devices are definitely different from an aesthetic point of view, but otherwise share the same hardware platform and almost identical software experience. Huawei P10 and Honor 9 have in fact a 5.1-inch Full HD display, HiSilicon Kirin 960 SoC, 4/6 GB of RAM, 64/128 GB of internal memory, dual rear camera in 12MP + 20 MP configuration, 8MP front camera and 3,200 mAh battery.

Both smartphones had started to receive Android 9 Pie with EMUI 9 from Asia in December last year. Right now from China the first reports of the start of the roll out of the new update to the EMUI 9.0.1 come with its new features and improvements and the security patches of January 2019.