As most of you know, after every Samsung Galaxy S flagship, we have an “Active” version of the same device with greatly improved durability. This year it’s the turn of the Samsung Galaxy S8 Active, which spec sheet has just been revealed online. Here’s what you need to know! 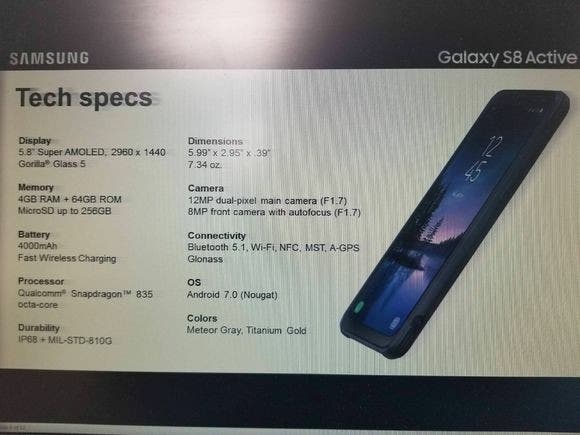 Samsung’s S8 Active will be featuring the same beautiful 5.8-inch Super AMOLED display with 2960×1440 resolution we find on the plain S8. The display will be coated in Corning Gorilla Glass 5, just like the predecessor but we won’t be seeing the curved side edges, which is probably good for durability reasons.

That said, the real difference between the two devices is probably the battery capacity, as the Samsung S8 Active will be equipped with a bigger 4000mAh one vs the 3000mAh battery present on the Galaxy S8. 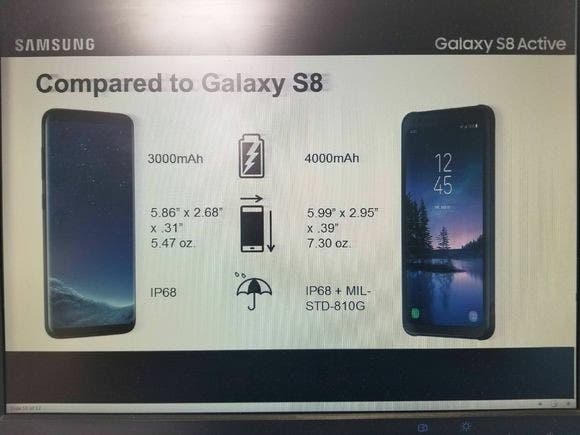 Other specs are pretty much unchanged, we still have 4GB of RAM, 64GB of internal storage expandable through microSD (at up to 256GB), two 12MP rear cameras and an 8MP front-facing one, both boasting F/1.7 aperture.

The Samsung Galaxy S8 Active will also come with a plastic mixed with metal body, as well as a MIL-STD-810G certification which signifies the device is shock resistant other than IP68 waterproof. The phone will be heavier and thicker than the original S8 with a weight of 208 grams and 9.9mm thickness. 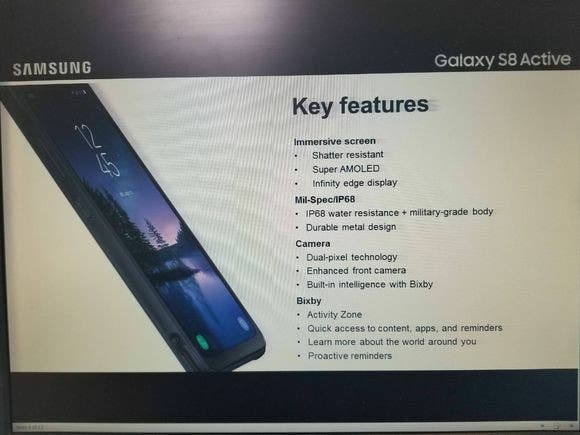