It looks like we’re going to see an explosion of new 3G wearables before Christmas as we learn of another new entry from Kingwear.

Kingwear has reached out to us today with news of their new KW88 wearable that not only looks damn good but also has the specs to get us reaching for our wallets. 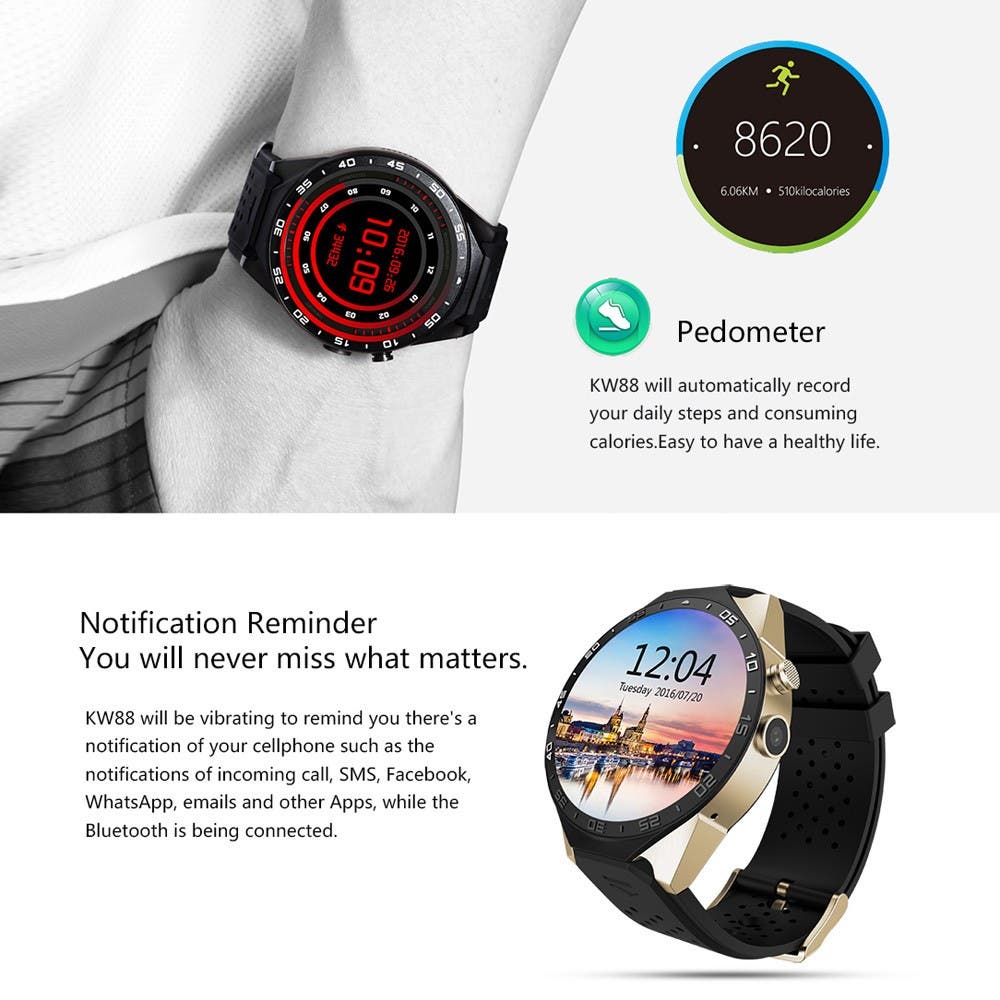 We’re seeing a lot of new wearables released recently and we believe the main reason for this is the low-cost Mediatek MT6580 quad-core chipset. This SoC was originally used in budget smartphones, but it makes a lot more sense when applied to a smartwatch which doesn’t necessarily need huge amounts of processing power.

With the MT6580 inside the watch, the Kingwear KW88 becomes a 3G enabled wearable allowing the user to reply to messages, and answer phone calls right from the wrist. Of course the watch can also be connected to a smartphone too via Bluetooth for even more features to be unlocked. 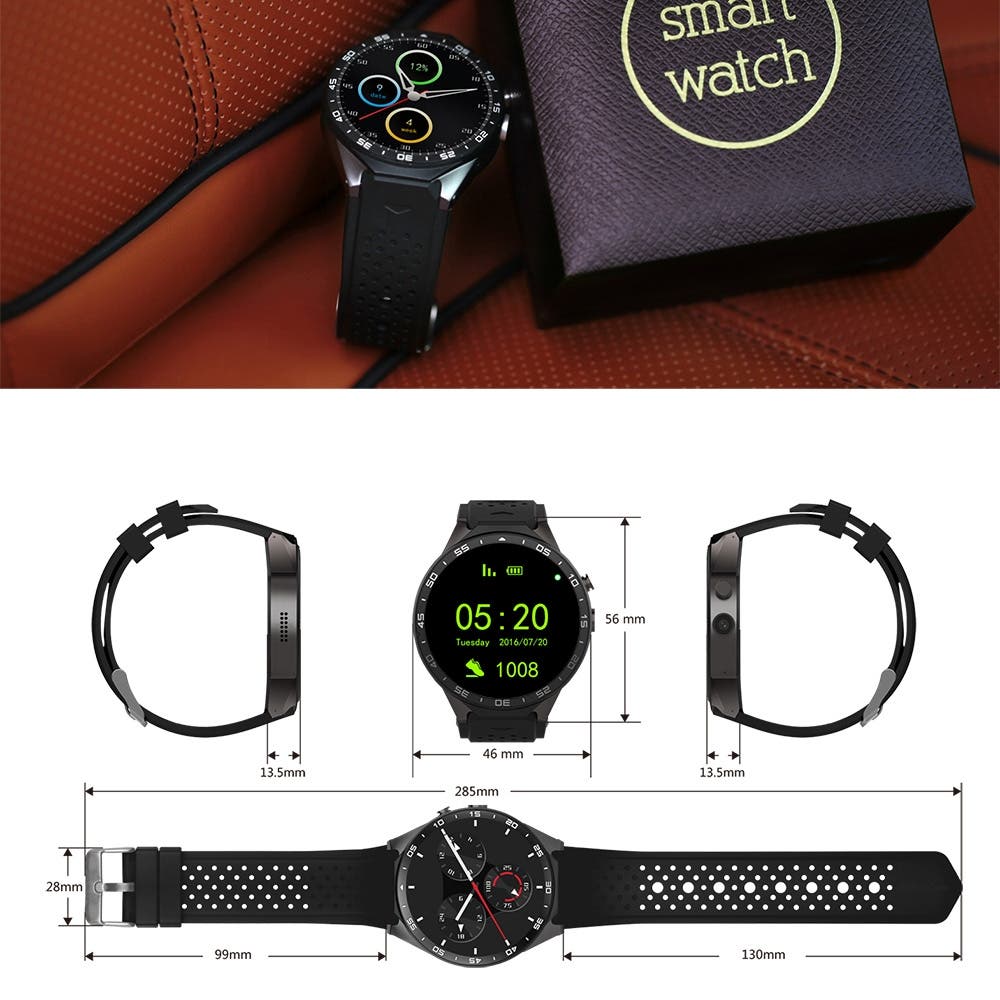 As a standalone device though, the KW88 boasts a 1.39in AMOLED full round display, pedometer, heart rate monitor, 4GB of internal storage, 512mb RAM and even a 2.0 megapixel cameras incase you want to relive your 007 fantasies. 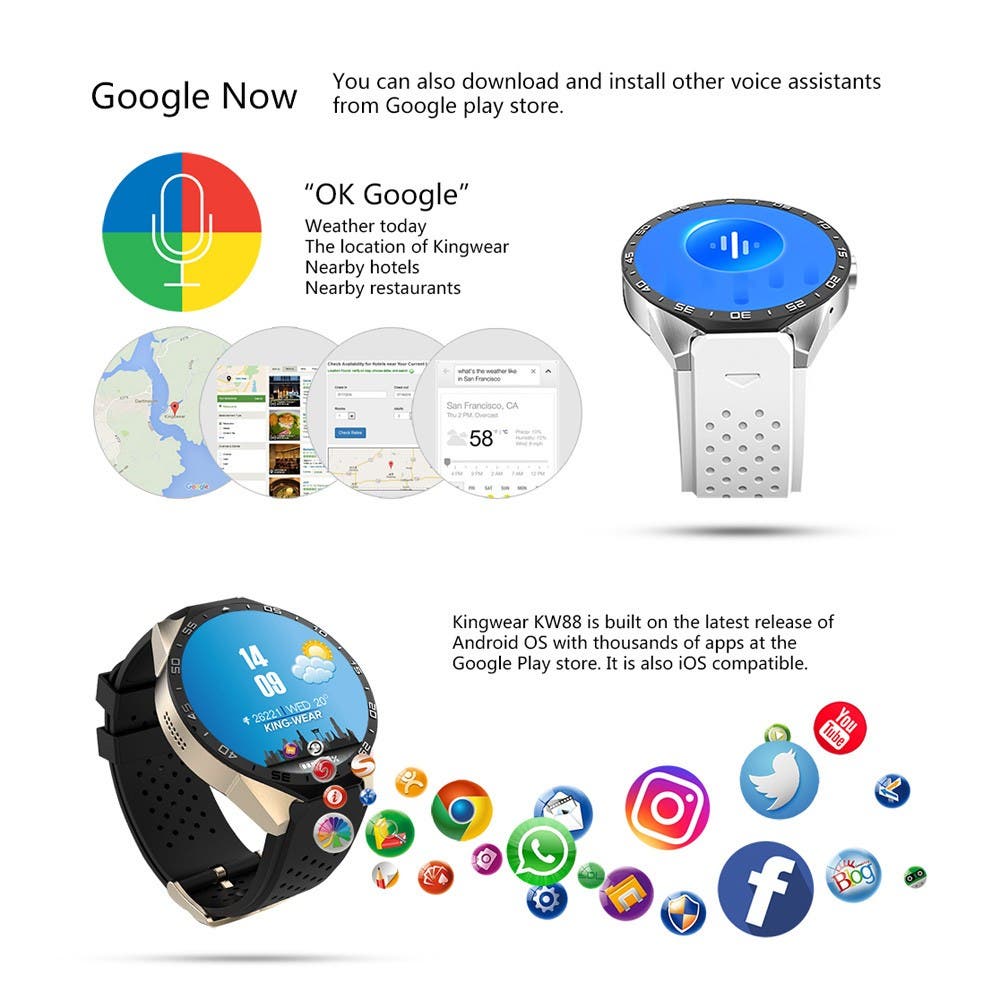 Because the Kingwear KW88 runs a modified version of Android the watch benefits from similar features to Android phones including the very useful Google Assistant.

Kingwear has already released the KW88 which is no on sale through online resellers such as Carfago.com at just $105.99, but you being a lucky GizChina reader need only pay $95 when using the discount code AGP160.