It seems that a new, mystery phone from Sony (codenamed Sony G8541) appeared earlier on GFXBench website for the typical benchmarks and it has caused a bit of turmoil about some of its specs. 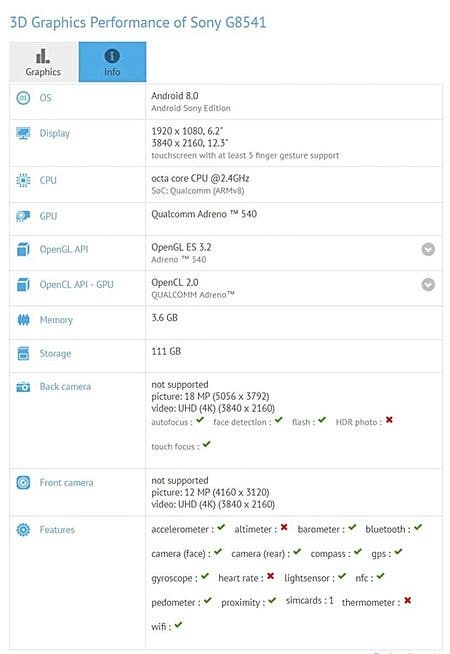 According to the listing, the Sony G8541 is equipped with an 8-core Snapdragon SoC, clocked at 2.4GHz and packs a large 6.2 inch full HD display. In case you missed it however, there’s another mention about the display in the image above, saying that there’s another variant coming with a 12.3 inches screen – with 3,840 x 2,160 pixel resolution. Well it’s either this, or there’s a problem with the GFXBench metrics.

The Sony G8541 is also offering 4GB of RAM and 128GB of internal storage (with a microSD slot possibly). It also has an 18MP main camera, a 12MP front facing shooter an runs on Android 8.0 Oreo.