Displays are probably the most fragile part of the smartphones nowadays, a hit in the “wrong” side of the phone may cause it to crack really easily. AllCall think they have the solution for it, though, and after providing the original AllCall Rio with a triple-layer glass, the upcoming AllCall Rio S will sport an improved version of the same technology.

In the image above you can get an approximative idea of how it’ll work. The new and superior tempered glass will protect the bigger 5.5-inch HD 3D display on the soon releasing device. This specially treated glass is three times as hard as normal glass and it can potentially survive drops of up to 15 feet. The metal frame created through CNC machining will also help with that. 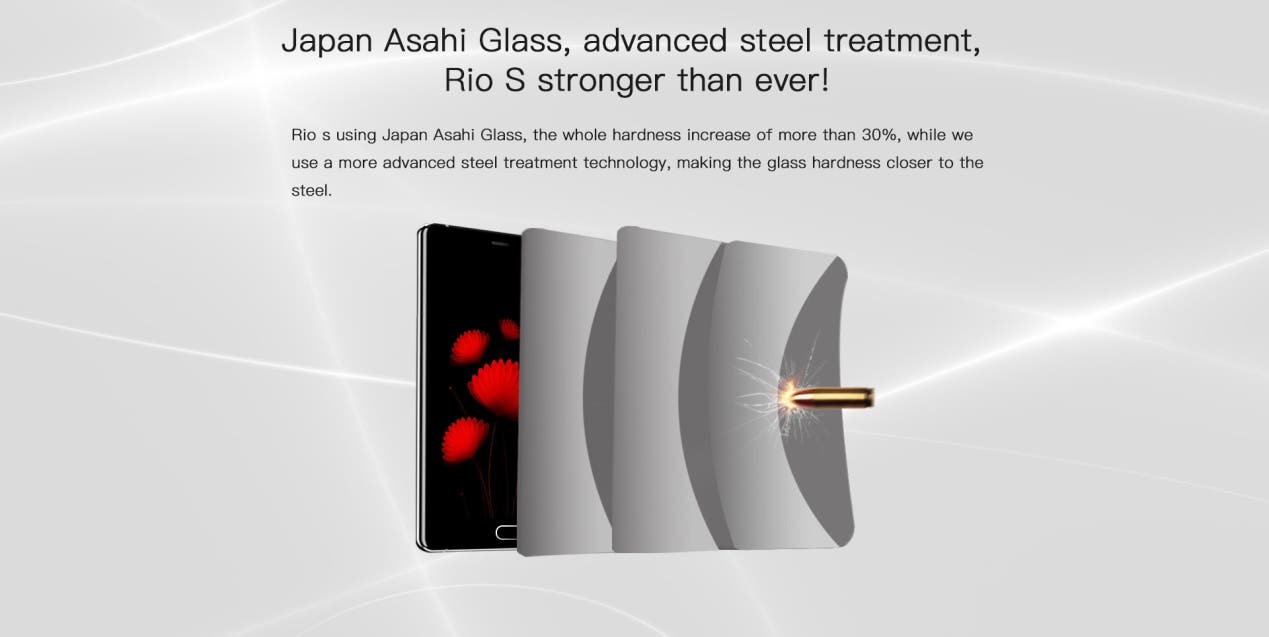 The glass used on the AllCall Rio S will be produced by the Japanese company Asahi, which together with the CNC machined metal unibody design should make the handset really solid and harder to damage. AllCall also say the smartphone went through a stress test – getting run over by a 2 ton Land Rover – and came out just fine.

Learn more about the AllCall Rio on the official website.