While other industry players are busy trying to lure more fans with bezel free phones, Gionee has decided to combine its old ways of doing things with the latest trends. A new Gionee GN5007 smartphone has just been certified by China’s regulator -TENAA, packing a monstrous 5,000mAh battery along with a few other specifications.

The latest certification is coming just few hours to the official unveiling of the much rumored Gionee M7 and M7 plus, an indication that the phone that just got certified may be announced along the next iteration of the M series.

The TENAA listing which goes along images of the device shows that the smartphone will come with a near bezel-less design with a rear fingerprint sensor and single cameras on both sides.

Furthermore, the TENAA listing reveals that the Gionee GN5007 will feature a large and almost bezel free 6-inch multi-touch IPS screen with 1440 x 720 pixels resolution (18:9) aspect ratio. The device will be powered by an unknown 1.4GHz octa-core processor supported by 4GB RAM and 32GB native storage expandable up to 256GB using MicroSD card.The device presents with a dimension of 156.3×75.6×8.6mm at 187g. 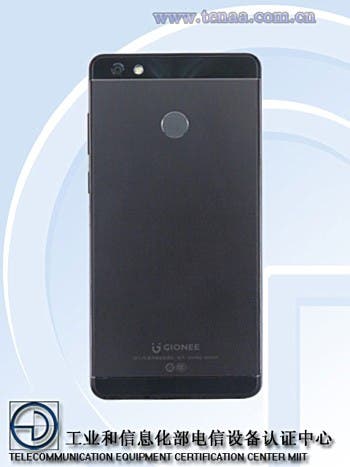 A 5000mAh battery probably could be one of the highlights of the device, and our guess is that it not removable. For photographic functions, the device will come with a single 13MP rear camera with LED flash and an 8MP selfie shooter. The GN5007 smartphone will come pre-installed with Android Nougat (version 7.1.1).