A new leaked image of the purported Nokia 9 appeared on Baidu recently and according to information, this comes from the same source that had posted last week the first images of the device in bright copper color. 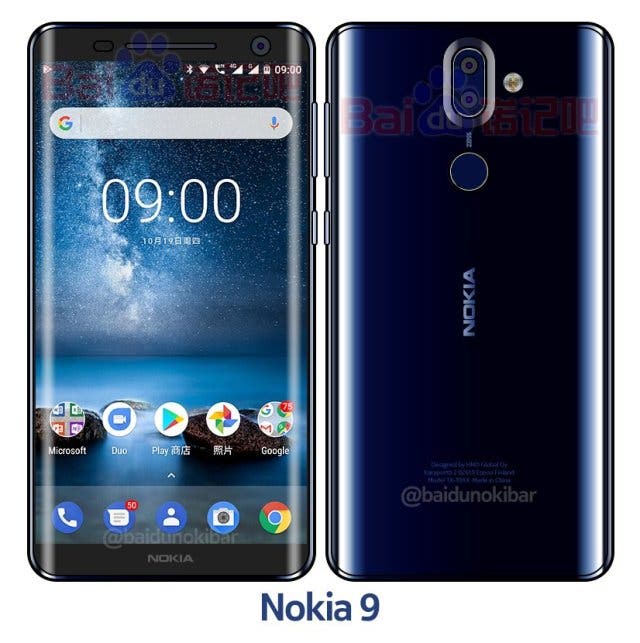 The new sketch reveals the same design obviously but in Glossy Blue color (or Polished Blue if you like). If we’re to believe this design, then the upcoming flagship of the Finnish company should be equipped with an edge to edge 3D glass display and a virtually bezel-less design, along with a glass back to facilitate wireless charging.

Rumors suggest that it will pack an OLED display, with a Snapdragon 835 chipset inside, along with  6GB/8GB RAM, 128GB ROM, IP68 certification and probably an Iris scanner.  Nokia’s flagship will pack a Dual-Lens Zeiss camera – one much better than the one found on Nokia 8! It should be priced at 749€ in European markets, so you can expect it to cost 879$ approximately in the US!

Previous Could this mystery phone be Xiaomi's Redmi 5?

Next No more secrets: Official Pixel 2 and XL 2 images for you!