The keenly expected Nokia 2 budget phone aside, the flagship Nokia 9 is one of HMD’s upcoming Nokia phone that has been in the news lately. While previous rumors suggest the flagship Nokia 9 will come with various display sizes and variants, the latest we have on our desk suggests otherwise, but also didn’t counter previous claims.

The latest images posted by China’s Baidu user reveals the Nokia 9’s display panel as well as its rear. As it is evident from the image below, the device appears to have an edge to edge 3D glass display, with virtually no trace of bezels all around. On the reverse side, there are two cameras vertically placed with a LED flash beside them and a fingerprint sensor below.The device is also said to come with support for wireless charging via its 3D glass back.

According to the source where these leaked pictures emanated, the Nokia 9 is expected to come with a 5.5-inch display which seems to be in consonance with previous leaks and rumors.

If previous leaks about the Nokia are anything to go by, it is is expected of the device to come with OLED display, QHD resolution with Qualcomm Snapdragon 835 SoC with 6GB/8GB RAM under the hood. The device is expected to have as much as 128GB of ROM, there could however be other variants.

The device will come with a 12-megapixel front camera capable of shooting 4K video as well as Dual-Lens Zeiss 13-megapixel sensors with LED flash. 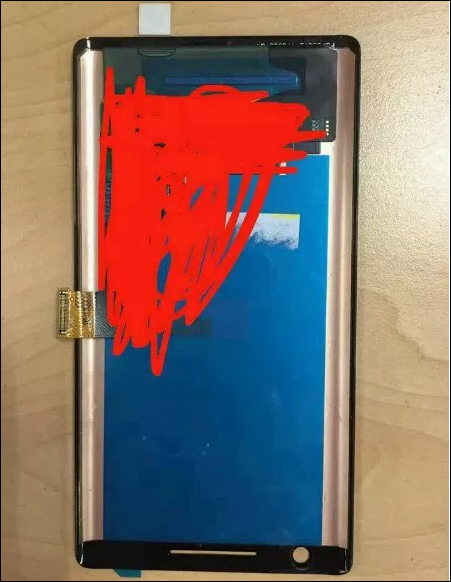 We are yet to get wind of a possible unveiling date for the Nokia 9, but previous leaks has suggested a retail price of about EUR 749 in European markets.

You can like Gizchina to keep get latest news about Nokia 9 and other upcoming Nokia phones while we await the unveiling date.