A foldable smartphone with dual screens either from ZTE or Samsung has been one of the most widely anticipated handsets of the year. But it appears ZTE is about outsmarting Samsung as there are indications that it might be the first to push such phone to the market. Just some moments after the ZTE Axon M- the upcoming foldable phone from ZTE was sighted on FCC database, the same device with the same model number has been seen on Geekbench which has shed some light on what we should expect of the device in terms of internal makeup.

As per GeekBench listing, the ZTE Axon M with model number ZTE Z999 got 1677 points in single-core test and in multi-core test it received 4130 points. The listing further revealed that ZTE Z999 has 4GB RAM and a processor that appears to be a quad-core Snapdragon SoC, clocked at 2.0 GHz.The device is based on the Android 7.1.1 Nougat operating system.

That is about all we could deduce from the listing, but speculations have it that the device will come with a 6.8-inch display, a 3,000mAh battery, and a 20MP camera. 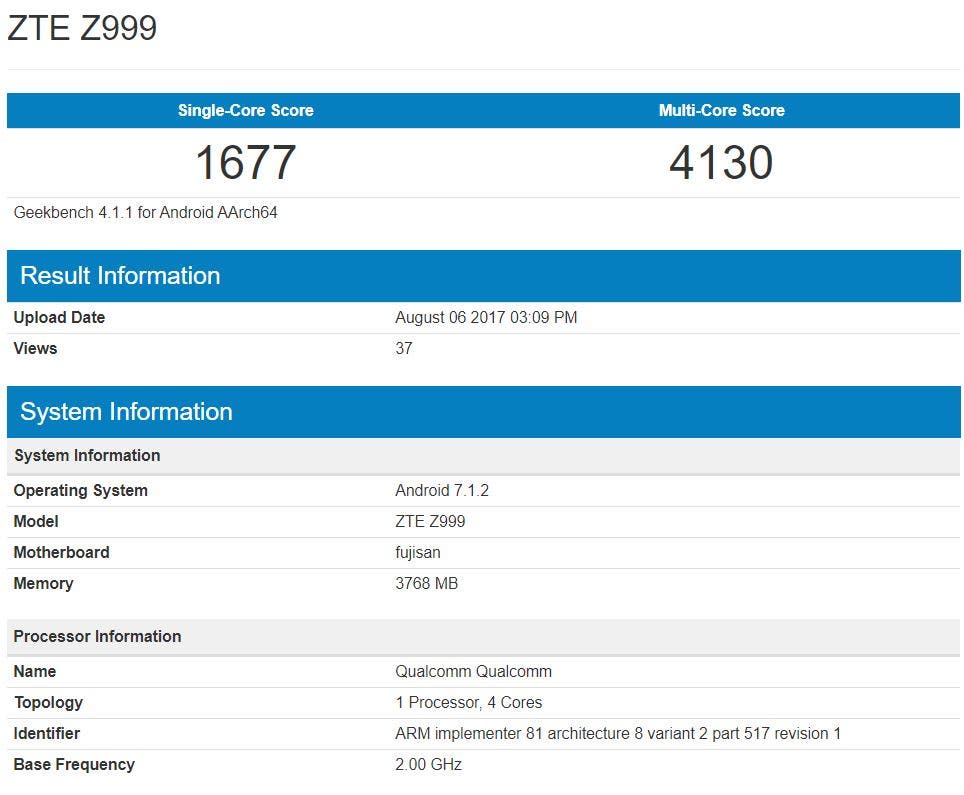 We also understand from FCC filling that the Axon M will be exclusive to AT&T and may be unveiled at an event scheduled for October 17 in New York. In any case, you can expect more leaks to pop up before the phone launches, so stay tuned.