We know for a while that Huawei is planning more than just one device for October 16. To confirm this, a new leak regarding the Lite variant of Huawei Mate 10 showed up today. This time, the leaker was the known tipster, Evan Blass, from evleaks. Evan showed up on his twitter profile, a high resolution render from the upcoming Huawei Mate 10 Lite. 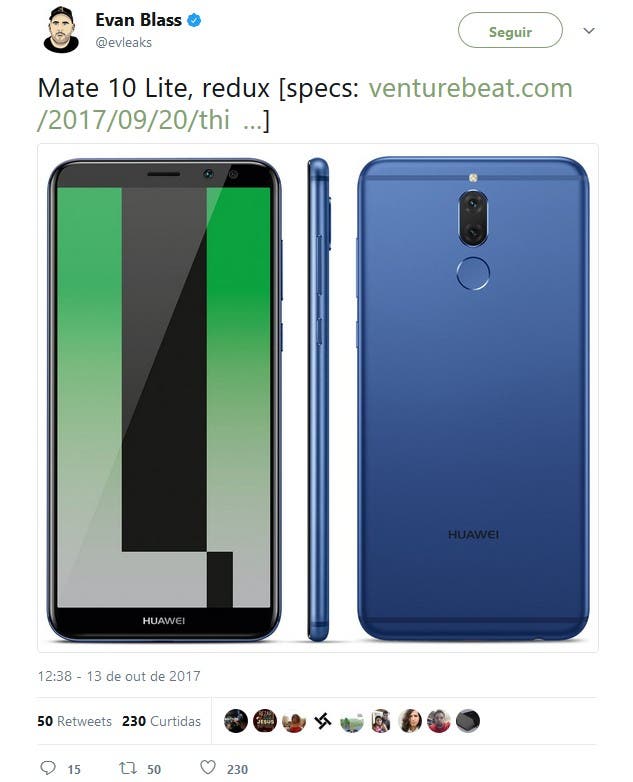 For camera enthusiasts, the device will come packing four cameras, two in the front and two on the back. Respectively, in the front we have a 13MP and a 2MP sensor for selfies, and on the back there are a 16MP sensor coupled by another 2MP sensor. The Huawei Mate 10 Lite will come running Android 8.0 Oreo out the box, with the EMUI 6 running atop. Keeping the lights on, we’ll have a 3340mAh battery.

Some days ago the Huawei Mate 10 Lite was prematurely listed in the Dutch retailer Belsimper. According to the listing the device will be shipped from November, costing 349 Euros ($412).

The Huawei’s launch event is set to be happening in the next Monday, October 16. We expect more details or leaks about the upcoming Mate 10 line to show up in the next days.