Shortly after it got FCC nodding and its recent appearance on Geekbench database, a device named ZTE Axon M (Z999) or the commonly named ZTE foldable smartphone has now also received nodding from Wi-Fi Alliance for certification, a probable indication that we may just be one step closer to its formal unveiling.

As always, information on the Wi-Fi certification documents of any certified phone is scanty and the ZTE Axon M isn’t an exception. The certification page only reveals the device will run on Android v7.1.2 with support for dual-band Wi-Fi.

While ZTE is yet to comment on the existence or not and possible specs of the ZTE Axon M, putting together the pieces of rumors coupled with information from certifications, it will all add up to the fact that there truly exists a foldable ZTE phone which may soon see the light of the day. 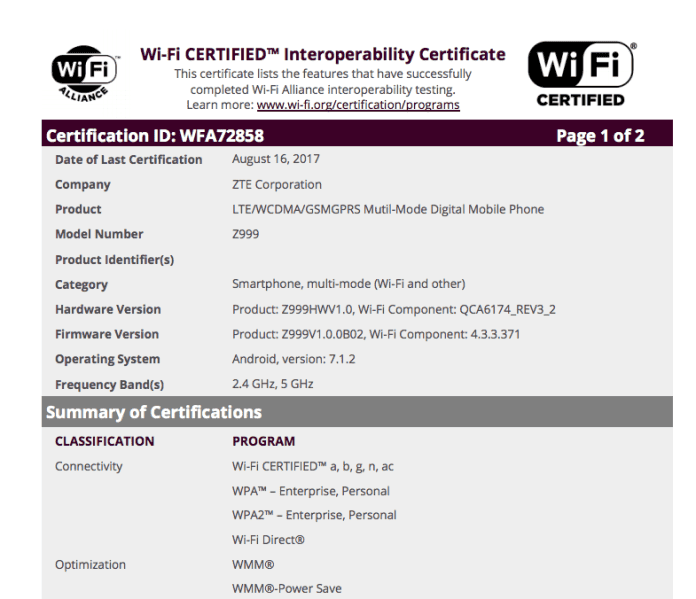 Next Xiaomi Redmi 5A launched for 599 Yuan!