Speculated to be launched on the 2nd of November, the HTC U11 Life has popped up on the benchmarking site Geekbench, giving us an idea about the specs of the smartphone. 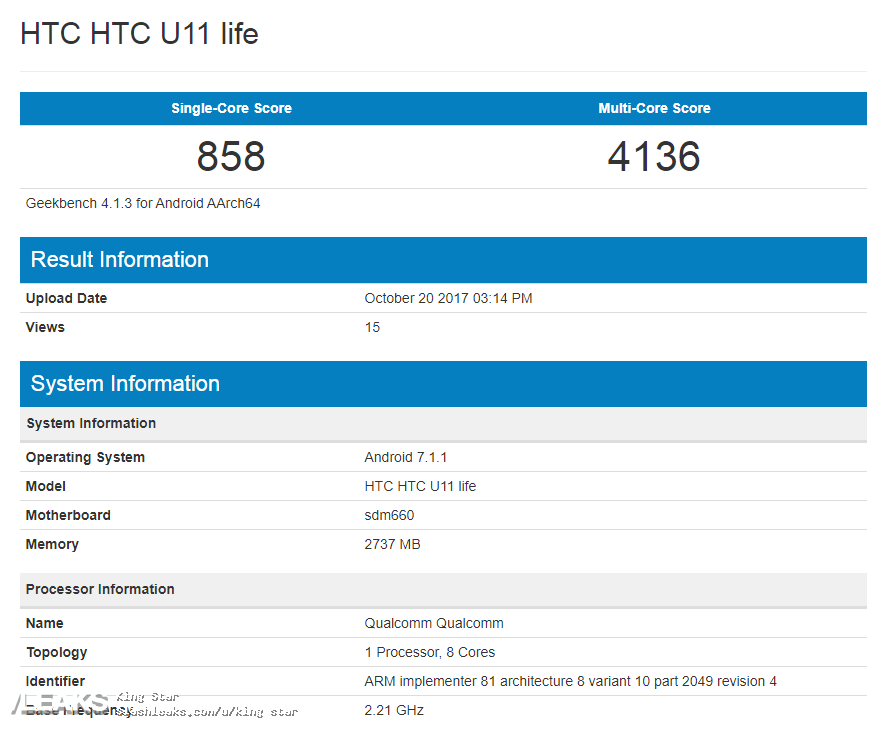 The U11 Life has been making the rounds online for a while now, and the Geekbench listing confirms some of the previous reports. According to the listing, the HTC U11 Life sports an octa-core chipset, “sdm660” alias for the Snapdragon 660 clocked at 2.21GHz. This proves all the earlier reports false which said that the U11 Life will sport the Snapdragon 630. Apart from this, the listing reveals the RAM on the phone which is 3GB. The phone is running Android Nougat 7.1.1 which contradicts the claim that it will sport Android 8.0 Oreo out of the box. It has scored 858 points in the single-core and 4136 points in the multi-core test.

The HTC U11 Life is expected to launch on the 2nd of November, and it falls under the Android One program. Other than the specs listed on Geekbench, the U11 Life is expected to sport a 16MP rear and a 16MP front camera. There is no word from HTC regarding the final specs of the phone, so we suggest taking this piece of news with a pinch of salt.