Days after Samsung released its October security update plan, it seeded the update to a number of devices including the flagship Note 8 and S8 smartphones. Now, the users of the Galaxy S6 edge (SM-G925F) in the United Kingdom are reportedly getting their own share of the October security update. The update which comes in the form of Firmware version G925FXXU5EQI8 is rolling out to Galaxy S6 edge device over-the-air.

While we are not sure of the exact size of the update, we do recommend you initiate the download over a WiFi or LTE, as over mobile data may result in extra charges.  “This update brings with it fixes for about 215 Android OS vulnerabilities in the October security patch as well as patches for six vulnerabilities in Samsung’s software.

In case, you do not have enough patience to wait for the auto-update notification to pop up on its own, we advise you check out for it manually through: Settings> About Phone> Software update and the update will start downloading. We advise you jack up your phone battery to 50% or plug it into power source before you initiate the process. 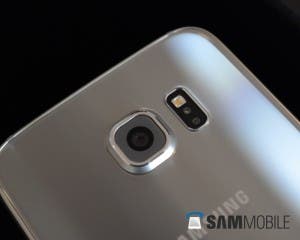 The Samsung Galaxy S6 Edge is a striking handset that holds the title of the world’s first dual curved displays smartphone. The release of the flagship Galaxy S8 and Note 8 may have resulted in price slash of the Galaxy S6 and S6 edge, you may get the device at a bargain price in your location.

Next India To Receive A Nokia Phone On October 31: Nokia 7?