Chinese smartphone manufacturer, Xiaomi seems to be having a good time this year as its smartphone shipments keep rising.  At the beginning of the year, it set a 70 million units goal so as to get back to the top 5. However, after its 2017 Q2 shipment of 23.16 million units was announced, the yearly target for Xiaomi was revised from 70 million units to 90 million units. Today, Xiaomi’s CEO, Lei Jun announced that the company shipped about 10 million smartphones in October after it had initially shipped a similar number in September. With these values, Xiaomi has now shipped about 73 million units in the past 10 months and with two months to go, its revised 90 million target wouldn’t be a problem. 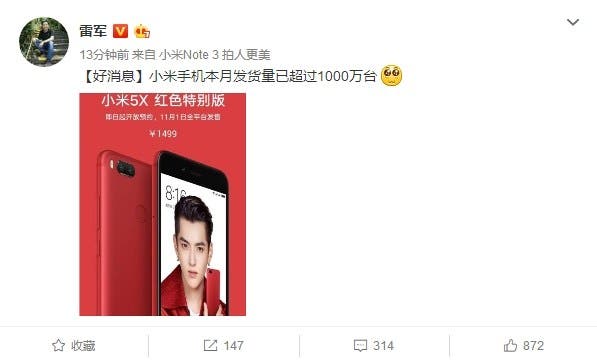 In the first quarter of 2017, Xiaomi released the Redmi Note 4X and Xiaomi Mi 5C. While the former was popular for being the cheapest Snapdragon 625 smartphone and its large battery, the latter hit the news for Xiaomi’s own-made Surge S1 chip. These two smartphones sold a total of 13 million units in the first three months of this year.

After the success of Q1, the race in Q2 began with the unveiling of the best Mi phone ever, the Xiaomi Mi 6 which was later joined by one of the cheapest Xiaomi phones till date Xiaomi Redmi 4X. While the former boasts of being the first Xiaomi smartphone with the flagship Snapdragon 835 chipset, the latter was a proud son because it remained cheap even while other companies were increasing their prices due to the high cost of components. Xiaomi was able to ship 23 million units with these two smartphones.

In the history of Xiaomi, there has not been a quarter as successful as Q3 2017. Firstly, it was able to unveil a whopping five smartphones within three months. The smartphones released in order as they were unveiled are Xiaomi Mi Max 2, followed by Xiaomi Mi A1, then Xiaomi Redmi Note 5A, Xiaomi Mi MIX 2, and lastly Xiaomi Mi Note 3. All these smartphones had special appeal from the fabulous full-screen in the Mi MIX 2 to the $75 price tag of the Redmi Note 5A. With these devices, the company was able to ship 27 million units in the Q3 of 2017. 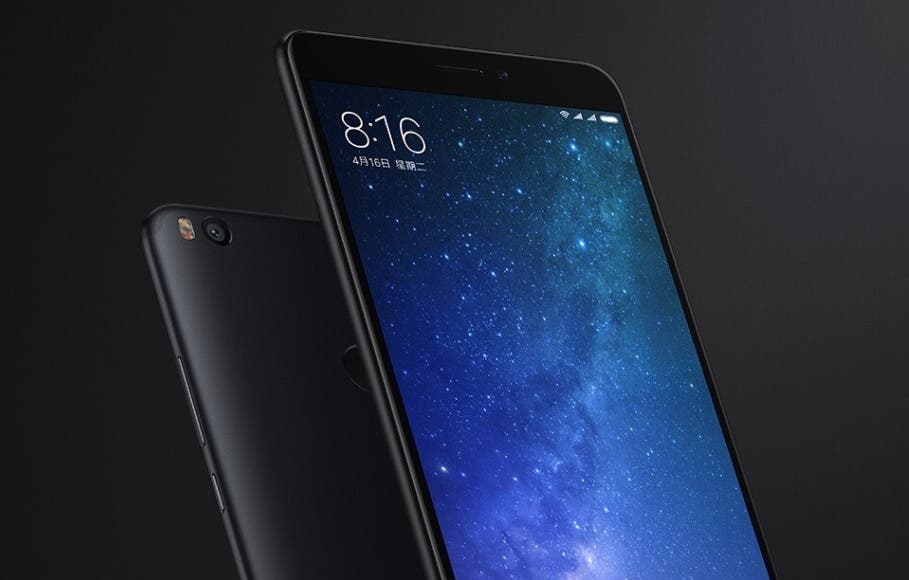 As of now, the relatively young Chinese manufacturer has already released 10 smartphones this year and this number could rise to 13 before the year runs out. With these devices, China’s Apple will be the “pride” brand of 2017.

Next Official hands-on video released for the budget Ulefone S7